Sexy Pizza at A25 Pizzeria

Pizza that walks the line between traditional and a bit crazy. 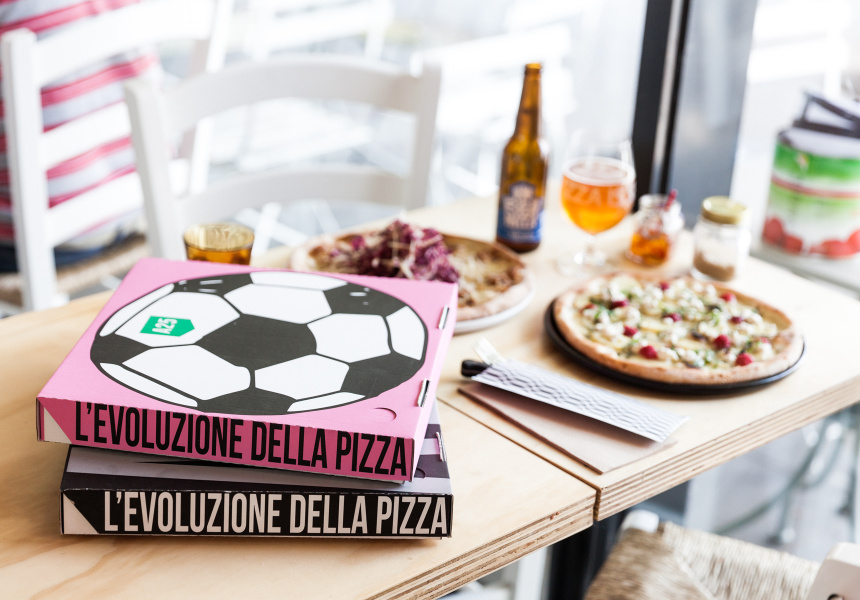 It’s hard to argue that Remo Nicolini’s pizza lineage is anything but formidable. Aside from previously owning Little Bourke’s +39, the A25 Pizzeria owner currently also owns Non Solo Pasta (NSP) in the Docklands and his brother, Tony, is the owner of the D.O.C. pizza empire.

Nicolini named his newest pizzeria after the autostrade (motorways) that connect Rome to the coastal town of Pescera. He learned his craft at an early age at his father’s pizza parlour in the Gold Coast, and later on in his homeland, Italy. Nicolini’s focus is on letting the ingredients shine. The Pizze Rosse (Red Pizzas) section of the menu features a simple, three-ingredient margherita and the Bunga Bunga, an award-winning carryover from the NSP menu that features Berkshire sausage and porcini mushrooms.

Although he’s all for doing things traditionally, it didn’t stop Nicolini from putting together some weird combinations, with a section on the menu called Pizza Pazze, or crazy pizza.

“One of our pizzas, the LSD pizza, is inspired by Gabriele Bonci, a famous Italian pizza chef who’s known for creating these weird flavour combinations that somehow work,” Nicolini says. “This LSD pizza has cream of dates, radicchio, liquorice dust and Berkshire sausage on it among other things. It sounds like a random mix, but it works.”

Nicolini’s emphasis on trying new ways to make pizza is where the Pizza Is Sexy spiel comes in, greeting you in the form of a neon sign on the wall. While the positioning sounds a lot like the tired sexualisation of everything from sparkling water to burgers, Nicolini explains they’ve been telling people pizza is indeed sexy since his +39 days.

“We just felt like there was a gap in the market, especially in the South Yarra area, for a pizzeria that is affordable but still fun and stylish.”

A25’s menu is certainly affordable, with most pizzas priced under $15 and fresh salads around $10. Boards of cheeses or cured meats (or both) are on the generous side and feature a rotating line-up of Italian cheeses and salumi.

Gluten-free options are available, although Nicolini has come up with a flour combo of soft wheat flour, gamut and spelt that makes the bases easier to digest in general. At this stage, Nicolini doesn’t recommend the pizza for customers with gluten allergies due to the risk of cross contamination. “My wife is a coeliac, so we’ll be working on completely gluten-free pizzas and other menu items for the near future,” he says. They’ll also be expanding into breakfast pizzas soon. 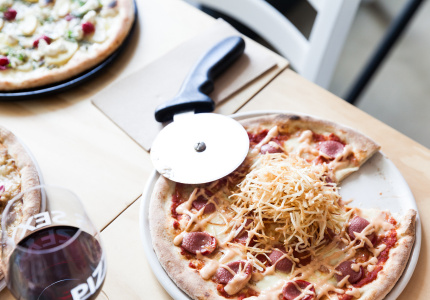