We’re embracing more and more Korean food, and while we love barbecues and kimchi, we’re looking past those and we like what we’re tasting. 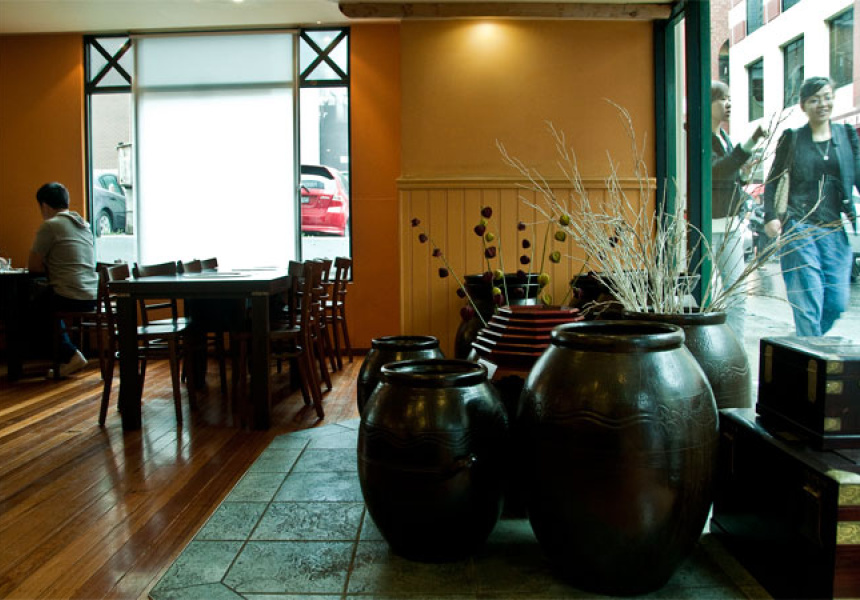 We could blame David Chang, the Korean-American chef behind New York’s Momofuku and its offshoots, for the growing interest in Korean food. Or it may simply be time to consider another country’s cuisine, and the flavours in Korean food stand up. It’s a bold, robust, thoughtful, appropriate and delicious cuisine and suits the way we like to eat in Melbourne – there are small plates, main courses and barbecue plates to choose from, and the culture enjoys a drink with their food as well. So we’re dipping our toe into Korean food and we like what we see.

Like any complex and ancient cuisine, Korean culinary history is one that considers regionality, climate, ceremony and tradition, but in learning about it a starting point is essential and there are some interesting Korean places in Melbourne that are worth exploring. Subi Chung, co-owner of North Melbourne’s Hallah Korean restaurant, ponders the idea of what Korean food means to many of the uninitiated. “Unfortunately, people think of the barbecue first when they think of Korean food and while that has a place there is so much more to Korean food.”

Hallah has barbecue available upstairs, where meat is served raw to be cooked by the customer and is nearly always accompanied with Soju wine. “So many people think it’s made from rice, but it’s actually [made from] sweet potato,” says Chung.

Soju is always served with a barbecue but this is a culture that likes a drink and there is so much more to their drinking culture than Soju. The Koreans believe it is unhealthy to drink without food so they developed what’s known as Anju: small plates of food, such as fried chicken, dried squid or pickled vegetables, to be enjoyed with alcohol. While Soju can be drunk with these dishes, a rice-and-wheat wine called Makkoli is more often drunk with Anju.

The flavours are the drawcard to Korean food. In general terms, this is a bold cuisine – there’s salt, chilli, lots of vegetables and the process of fermentation is used broadly and in many dishes. Kimchi, probably the most well known of all Korean dishes, is a side dish (known as banchan) and is eaten at breakfast, lunch and dinner; as is rice. “At every meal in every house in Korea,” says Chung, “rice and their version of Kimchi will be on the table.”

Kimchi inspires opinion and personal taste as much as the right pasta sauce at Nonna’s place or Mum’s roast beef dinner: everyone has their own version and does it their own way – Chung believes his aunt’s is the best. And fermentation plays a big part in when the Kimchi should be eaten. Traditionally, ingredients were put in terracotta pots and buried in the ground to “cook without fire”. The right time to take the dish out of the ground would depend on how fermented it was and if that suited those who were going to eat it.

Nowadays, fermenting occurs above ground but Chung knows exactly when he wants to eat his Kimchi. “The cabbage will be white through the strands and be slightly fizzy, so it will have a zing to it. Some people like kimchi raw, some completely fermented, it’s personal.” It’s not just cabbage used in Kimchi either: “Radish and cucumber are also very popular in kimchi,” says Chung.

When dining at a Korean restaurant, ordering the kimchi and rice is a given but where do you start after that? “There are some very popular dishes that are a good starting point,” says Chung. “Beef Bulgogi is marinated beef, Bokumbap is Korean fried rice and there’s the rice cake called Dukbokkie – these are all very general dishes but they’re good.”

So, while the Korean barbecue is fun (Gogi barbecue and buffet on Little Bourke as well as Hwaro Barbecue, also in Chinatown, are great examples of this), get a little more adventurous with your ordering and perhaps stretch your order to include a few other dishes as well as the barbecue. Seoul Restaurant in Chinatown has been around since 1974 and they know a thing or two about introducing novices to their cuisine, while Drunken Rice, in a basement on Swanston Street, is the place to give Anju a try.

Consider dishes like Naengmyeon, a noodle dish often made with buckwheat; Japchae, a dish made with cellophane noodles, sesame oil and vegetables; or Gujeolpan, a san choy bao of sorts, where nine ingredients are placed on a large, often ornamental plate and placed into wheat-based flatbread by the diner, wrapped and enjoyed.

According to Subi Chung, the stock standard ingredients found in most Korean pantries are chilli, garlic, sesame oil and seaweed. These are all very familiar ingredients to many of us and give a framework to a delicious cuisine that is deserving of the attention it’s getting. 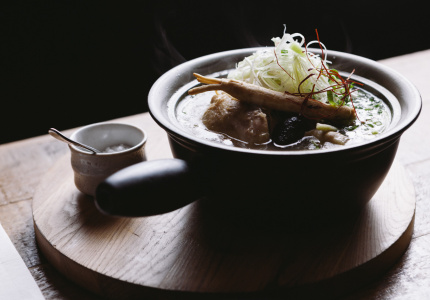