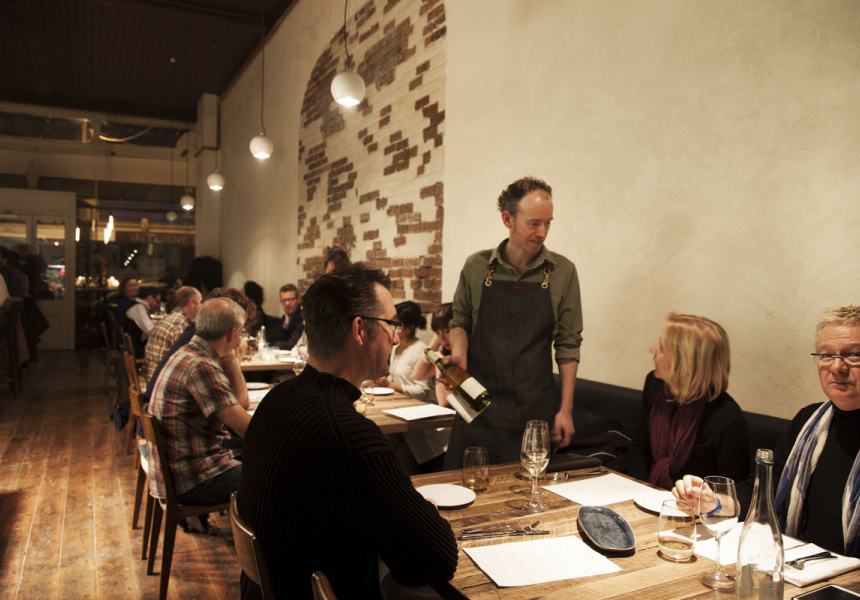 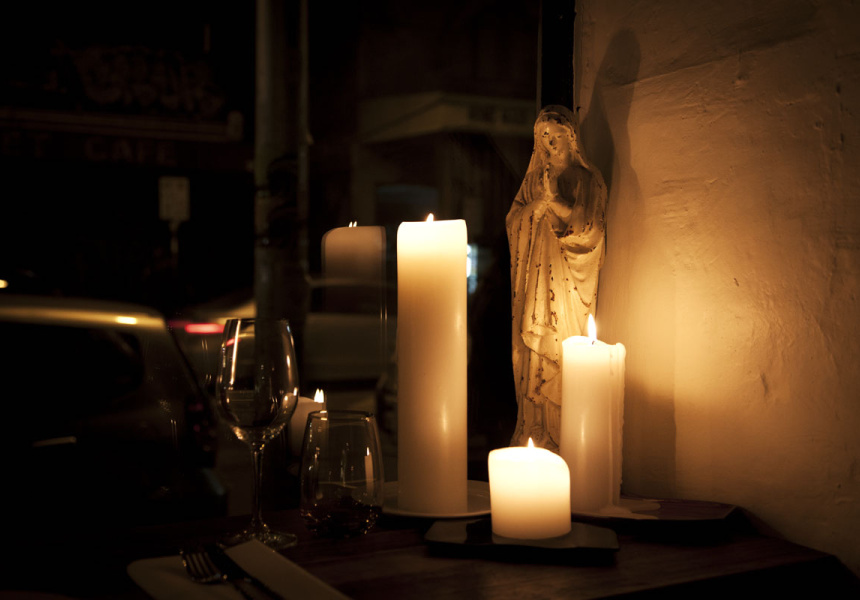 Taking over the spacious, light-filled space where Cavallero once stood, Smith Street’s newest eatery Saint Crispin has already captured the interest of locals wondering what might be next for the building behind those tall, wrought iron gates.

The name Saint Crispin comes from the patron saint of cobblers, tanners and leather workers, and is something of a homage to the building’s original incarnation as a cobbler’s workshop.

Opening last Friday night, the eatery is the result of a partnership between chefs Scott Pickett of The Estelle and Joe Grbac, former executive chef of the Press Club. The two have a shared culinary background, having both worked under Phil Howard in the two Michelin-starred restaurant The Square in London.

“We worked there at different times, but when we got together in Melbourne, we found that we had similar things we wanted to achieve,” Pickett says. “All that came together last February when we came up with the idea for Saint Crispin.”

Pickett explains that the menu will have a strong focus on seasonal and mainly local produce. Diners will have the option to choose from two or three courses (entrée, main and/or dessert), or a chef’s tasting menu, and can expect dishes such as Grimaud duck and beets with foie gras and cumquat or pulled egg, mushrooms and goats curd on black rice followed by veal cheek, Harpuka with diamond clams or Jerusalem artichoke, parsnip and sunflower seeds with black cabbage.

“Joe and I want to make this an accessible place where people can just go on a Friday night, no special occasion required,” Pickett says.

Both Pickett and Grbac put in their fair share of elbow grease during the restaurant’s development, transforming the space from Cavallero to Saint Crispin in just three weeks, with the help of designer Leah Hart.

The spacious interior hasn't changed much since its previous incarnation, with the Saint Crispin team retaining many of the furnishings and the large marble bar. Pickett and Grbac have added a brassy new open kitchen and the space now features an exposed brick wall, which gives it a more rustic feel.

Back on the street, perched above the doorway, is a Virgin Mary figurine. “So people coming in and out will be blessed,” Pickett says with a smile.