Get your beans brewed or bagged, right where they’re roasted, by a team that’s all about sustainability and transparency. Plus, pistachio-and-raspberry blondies and flaky, cheesy croissants from Yarraville bakery Cobb Lane. 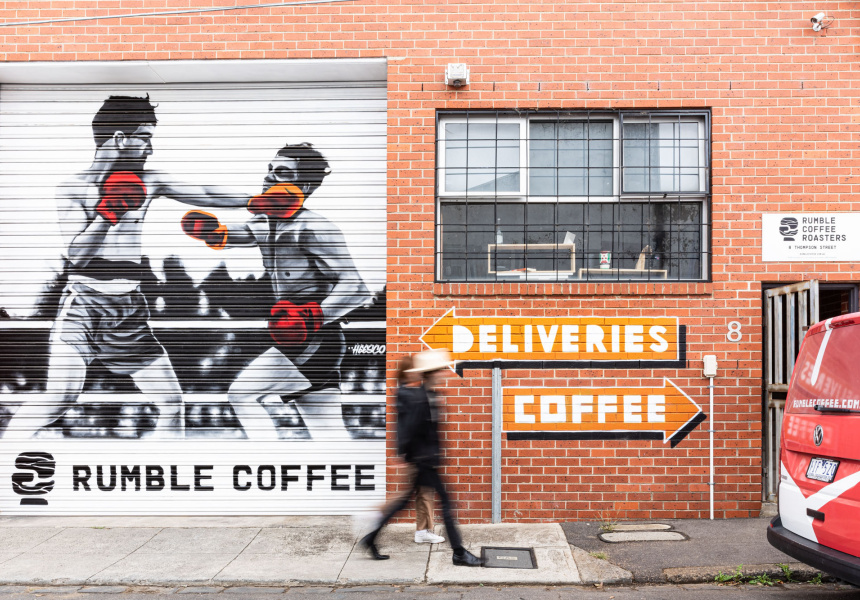 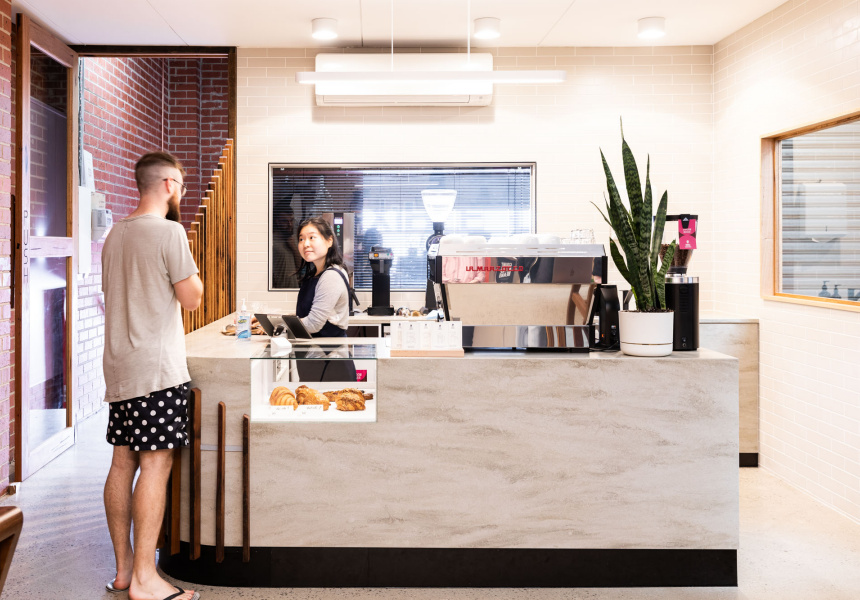 After more than six years running “just a roastery with a shelf at the front”, Rumble Coffee Roasters co-owner Joe Molloy has launched a tiny espresso bar and (proper) retail space inside the red-brick roastery he runs with business partner Matt Hampton.

On a Kensington backstreet, the new opening slaps a welcoming public face on the previously wholesale-centric enterprise. The bar is just off the roasting area, so customers can watch all the warehouse action, and choose from a range of blends, seasonal single origins or a filter coffee of the week. Buttery baked goods – such as pistachio-and-raspberry blondies, and ham, cheese and tomato croissants – come from Yarraville favourite Cobb Lane. A shiny La Marzocco takes pride of place in the space, which seats around 10 people.

It’s a chance for Rumble to connect directly with its supporters and share the stories behind its ethical and sustainable coffees. In line with its Transparency Project (which reveals how much growers are paid for their crops), everything off the bar is priced between four and five dollars, which Molloy says encourages customers to pay fair prices for premium products. “We’re trying to send a signal to the market that they should be paying more. We don’t need to race to the bottom of the market.” It’s a way to help even the smallest of operations fetch fairer prices for their products.

The shopfront sells take-home beans and home-brewing equipment – which the team will happily walk you through – as well as alternative milks, hot chocolate and chai. There’s also an environmental focus; you’re encouraged to buy your coffee in tubs (rather than bags) or even bring your own coffee container along.

Getting here has been a stop-start affair since March 2020. Lockdowns put the project on pause several times, and while it could have launched late last year, Molloy and the team chose to wait until after the summer break. “It [was] such a reactive, defensive year,” Molloy says. “People have been focusing on survival, but now they’re trying to expand again … and the city is coming back to life.”

As we emerge from lockdown 4.0, keep an eye on Rumble’s socials for upcoming masterclasses and training, and the return of public cupping sessions, which Molloy admits are “a Covid nightmare”. 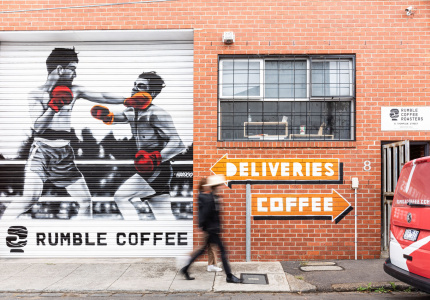