What makes these new burgers stand out? 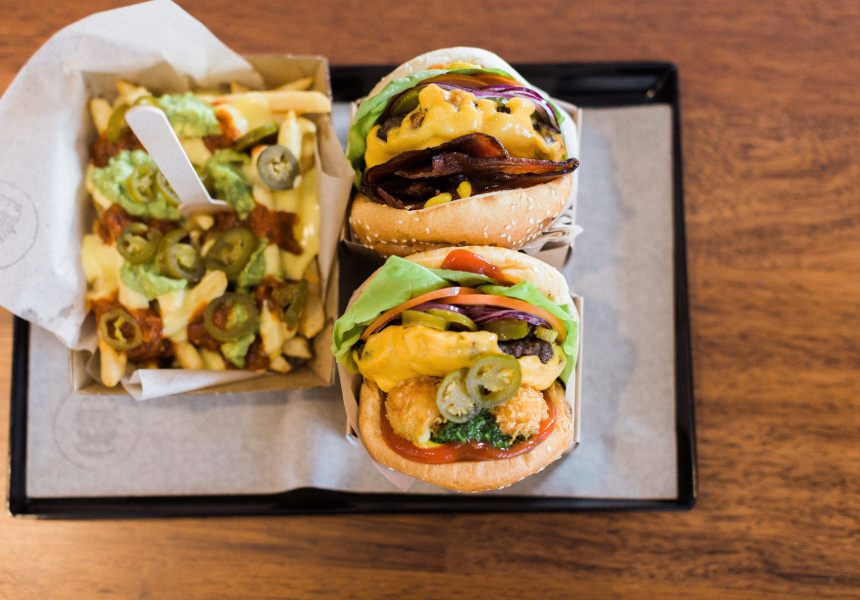 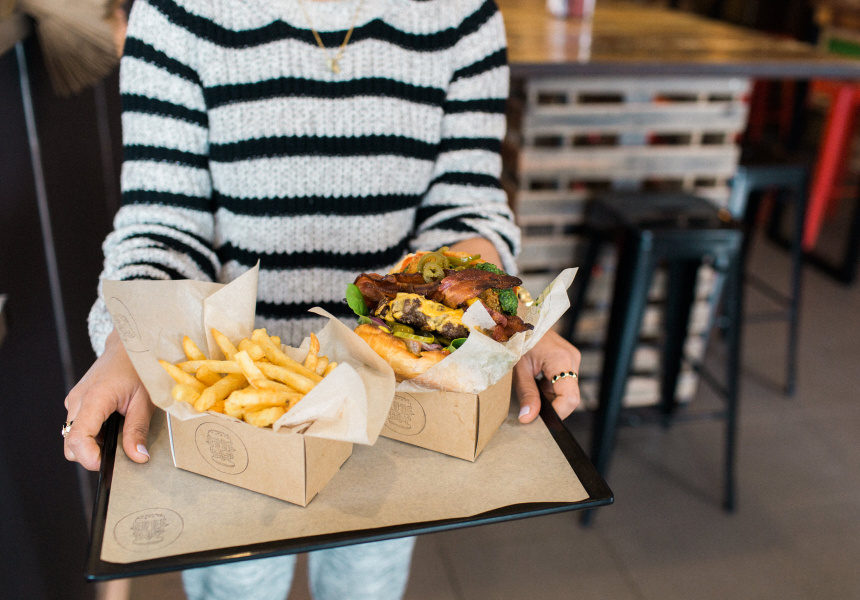 When opening their Brunswick burger joint, Karen Ascui-Rodriguez and her husband Franco Caruso wanted a name that’d accurately reflect their outlook on life. “We wanted something with a little bit of edge, with a bit of grunt,” says Ascui-Rodriguez. “Something with balls, really.”

The entry-level burger is the $12 Rude Boy, with a Wagyu patty, pickles and tomatoes on a sesame-seed bun. The Big Popper adds fried jalapeño poppers and cheese. Cubano Fries are served with pulled Golden Planes pork shoulder and chorizo, while the mildly un-PC “ghetto fries” are served with avocado and house-made relish.

Equal care has gone into Rude Boy’s fit-out, favouring recycled materials (such as a feature wall made of reclaimed doors), low-impact lighting and the compulsory neon sign. At the moment, punters need make do with soft drinks, but a liquor license is in the works. As far as tunes go, there’s occasionally a little rude boy ska from where the diner takes its name, but usually it’s a more modern classic: “We play a little bit of everything; we play a bit of reggae, but we play a lot of hip-hop because that’s the way we roll.” 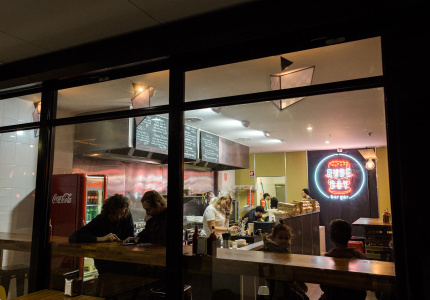