Neil Perry’s famed Rockpool beef burger will star in its own chain of spin-off burger restaurants. 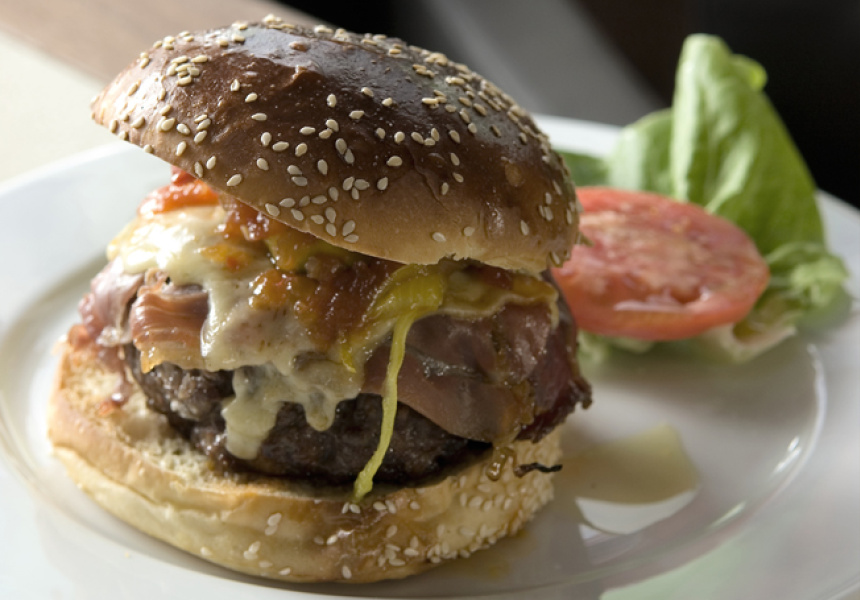 Rockpool Bar & Grill’s famed beef burger has such a loyal following that it will star in a series of casual burger joints. The first 100-seat venue will open at Sydney's World Square in October, before a yet-to-be located Melbourne venue opens in early 2015, with a national roll out to follow.

Neil Perry and his team are currently working out the menu, which alongside the burger to end all burgers, will offer house-made hot dogs, wings, chips, shakes, house-made sodas and ice-cream.

While eyebrows will rise at another addition to our crowded American-style dining scene, there’s no doubt Burger Project will be executed with the same treatment that has made Perry’s restaurants so respected, though in a more casual setting. “We’ve designed it so you’ll be able to dine in and relax with music and a drink, or simply grab a burger and eat it on the go,” says Perry.

As for Melbourne, Perry told Broadsheet that "Nothing is confirmed in Melbourne at this stage but I have been scoping the city and inner areas for a while, keeping a close eye on the right spot to open the first outlet in Melbourne. I will launch Sydney first and then would like to open one in Melbourne in early 2015."

Perry added that he's certainly open to ideas, suggesting that we could put it out to Broadsheet readers for where they would like to see the first one open in our city.

As for the burger that started it all, the quality won’t be compromised in its new, more low-key guise, though instead of using wagyu beef Perry has decided to adjust the recipe. “For me, a burger is all about the meat and the quality and integrity of it,” he says. “So, to this end, our focus is on the ingredients and we will use 36-month grass-fed chuck steak and grind it on site to create our patties.”

"It has been created from our desire to take what we see as one of the great burgers of the world to the people, making it the “people’s burger”. High-quality, accessible and affordable."

Burger Project will open in Sydney in October. Head to Broadsheet's Facebook page to suggest a Melbourne location.