With Rick Stein about to host his first ever live theatre show in Melbourne, Brett Hamm speaks to the world-renowned chef about Australia’s evolving culinary identity. 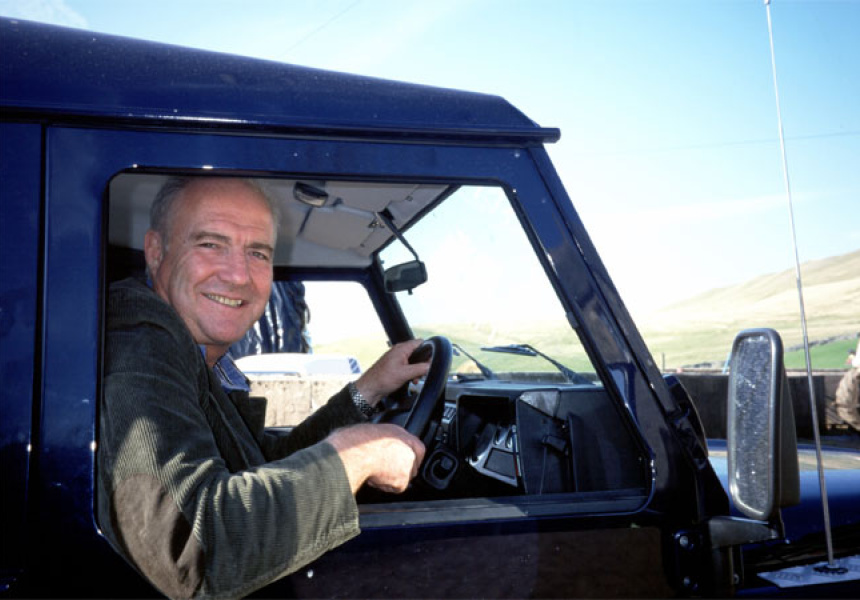 One of the world’s most highly respected chefs, Rick Stein is most familiar as the warm and enthusiastic host of numerous BBC series dedicated to the world’s finest traditional food. Speaking to him in London before his live Food Odyssey stage shows in Melbourne, it was a pleasure to discover that his on-screen persona is no act. Every bit as affable and passionate as he appears on television, he was only too happy to discuss his love of Australia and the evolving identity of our culinary culture.

“I’ve been coming to Australia since I was 19,” says Stein, now in his 60s. “I sort of love everything: the climate, the people the food.” He loves it so much, in fact, that he’s made it his second home, buying a residency in Sydney and opening a restaurant – Rick Stein at Bannister’s – in Mollymook, New South Wales.

Australian food culture for Rick is a work in progress. “I wouldn’t say there’s any sort of regional cooking,” he says, unlike his native England. “[Australian cooking] is defined much more by the food from various immigrants from over the years. Interestingly, I’m going to make a series for the BBC about the food of Australia and the main question will be ‘What is Australian cuisine?' Is it an amalgamation of various ethnic foods into something recognisably Australian? I don’t think you could say that bush tucker or the legacy of British cooking is really what it’s about. It’s an interesting question.”

For Rick, the undefined nature of Australia’s culinary identity is what he finds so attractive. “It’s a bit like a language,” he says. “Cooking is a live thing. I was just reading the other day in LA they’ve got tacos with Indian fillings in them, you know … Fantastic! You can see that happening in Australia too. Because after a while, the fact that you’re eating Indian food or Mexican food doesn’t come into it; it’s Californian food. I think that’s happening in Australia too. In the end something like a Malaysian laksa becomes a local dish and you forget where it came from. That’s the way Australia is going, and it’s really exciting to be involved in it.”

Fans of Rick’s shows, however, will know that despite his love of culinary cross-pollination, he remains something of a romantic when it comes to preserving traditional food. Pressed on this seeming contradiction, he concedes it’s a tricky thing to balance.

“Well, yeah,” he says. “There’s something’s so special about regionality. We’ll be filming in the Mississippi delta in June and a lot of the food that’s common in that part of the state is not really the food that I like to eat. But it’s local, and that’s really important to me. You‘ll get someone talking about gumbo with a great passion and I end up seeing it from their point of view. I keep referring to food being like language – it’s a bit like how, at one stage quite recently, the French wanted to exclude all English words from French. And you know it ain’t gonna happen,” he laughs.

Ultimately to Rick, Australia’s lack of distinct culinary tradition is an opportunity rather than a hindrance. At the moment it may be “all in the melting pot” but he’s confident that a unique Australian identity will emerge, borne of experimentation and a willingness to absorb new ideas.

“If you go back to the French,” he says, “they’re very keen to protect traditional cooking but the downside is that if you do that, you don’t bring in the new ideas which everybody else is enjoying. Somewhere like Melbourne, everybody’s into it. You’ve got a real vibrant food culture I think.”

You can see Rick Stein in person at his live Food Odyssey stage shows taking place tonight (April 4) and Tuesday night (April 5) at The Regent Theatre.