Vermouth is cool again with this fresh new take on a fusty old drink. 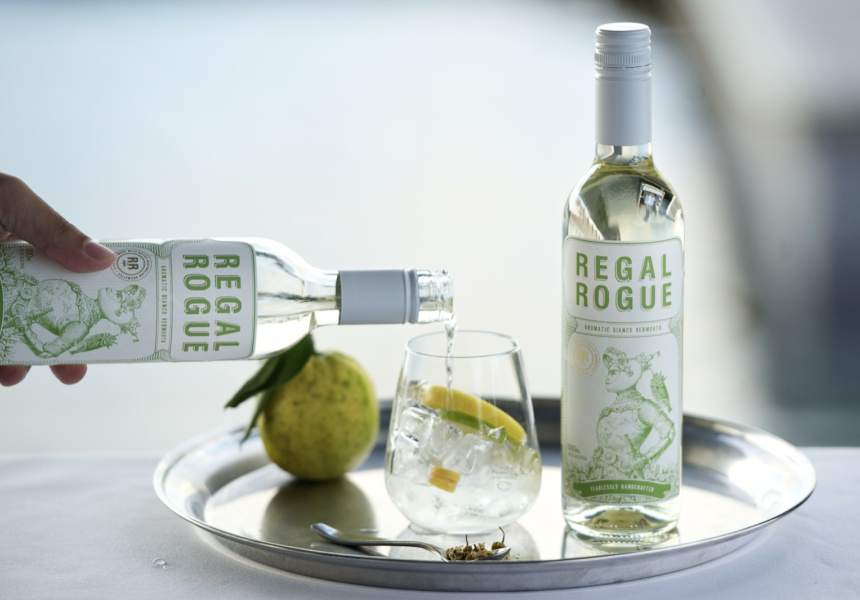 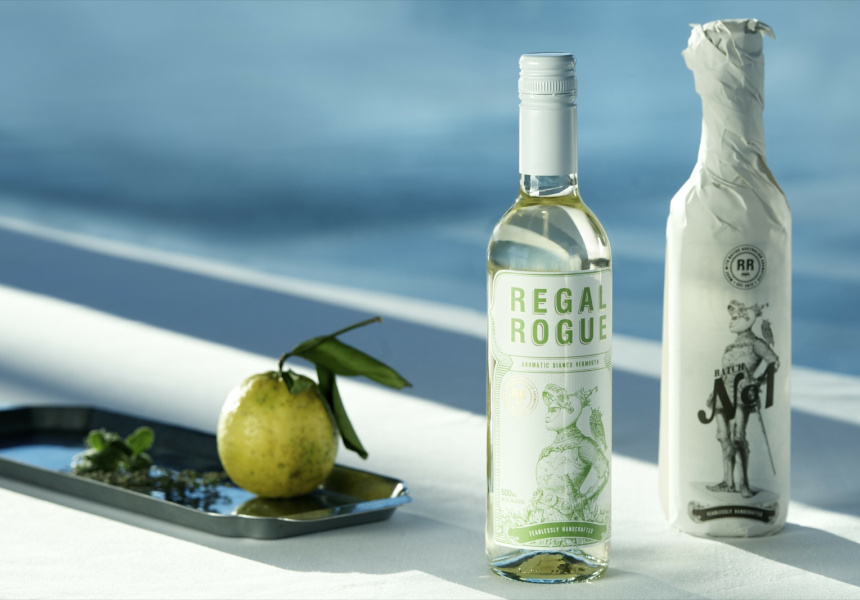 Poor old vermouth. Given that no liquor cabinet is complete without half a forgotten bottle of the stuff languishing away (mistake number one, it turns out), vermouth may earn the title of most overlooked and misunderstood drink around. Mark Ward hopes to change that.

Regal Rogue is Ward’s baby. It’s a fresh (in every sense) take on a fusty old drink, developed and made in Australia. For 15 years, Ward’s job has been spotting gaps in the alcohol sector, and what he’s spied is an opportunity to revive the neglected beverage. “Ninety-nine per cent of people have no idea what vermouth is,” says Ward. For the record, it’s an aromatic fortified wine infused with botanical flavours.

Hence, Ward is not only launching a product, he’s educating the market gradually by rolling out Regal Rogue to select venues. “Our proposition is firstly about establishing an Australian style and secondly about seeing people enjoy and drink it again.”

Unlike, say, champagne or cognac, vermouth production is not limited to a specific region, so Ward and his team have worked hard to give Regal Rogue an inherent antipodean flavour. “The Semillon used in the bianco was best from the Hunter. The rosso may use a red varietal sourced from Adelaide or Margaret River,” he says. “Each varietal will also have native ingredients that best suit that wine base; a unique flavour profile representing Australia.”

In the bianco, which is available now with an 18.2 per cent alcohol volume, the light, slightly floral flavour comes from finger limes, bush lemons, basil, chamomile and assorted herbs and spices. Because Regal Rogue is handcrafted, the taste profile is set to evolve depending on the season or where the ingredients are sourced. “It was really important to me that we made it native with some amazing organics,” Ward says.

Three long years in the making, Regal Rogue hit an early stumbling block when Ward’s initial production partner fell through. He then “sulked for two months” before striking a deal with Lisa McGuigan Wines. “My brief was to ensure you could mix it, drink it neat or over ice,” says Ward. The result: a refreshing tipple that seems custom made for our laidback summer days and balmy evenings (step aside, Pimms).

The unconventionally sized 500-millilitre bottle is less a marketing ploy and more a reflection of our ignorance of vermouth. Exhibit A: the plethora of one-litre bottles languishing on shelves around the city. “It needs to be refrigerated,” Ward says. “Wine-based products will turn, once opened, after two weeks.” The downsized bottle, with a handy space on the label to note refrigeration date, cuts down waste. “You may not drink 500 millilitres in one go, but you can use it to add flavour to dishes if not.”

International markets including Spain, France, the UK and Brazil are already showing interest in this uniquely Australian proposition and next year, the Regal Rogue family expands to include rosso dry and rosato alongside limited edition varietals to be released as the brand evolves.

In the meantime, we've got an entire summer ahead of them to experiment with Regal Rogue cocktails. Stand by for the return of regal gin spritzers and roguish martinis. And how does sir prefer to take his Regal Rogue? “I started by fitting it into cocktails, now I just love it straight over ice with a light citrus wedge of lemon, lime or grapefruit,” Ward says. “No fuss and so easy.”