A simple dish like this means the minimalist tips are paramount. In partnership with Rockpool Dining Group, we asked chef Neil Perry to share his tips and tricks for making the perfect Southern fried chicken. 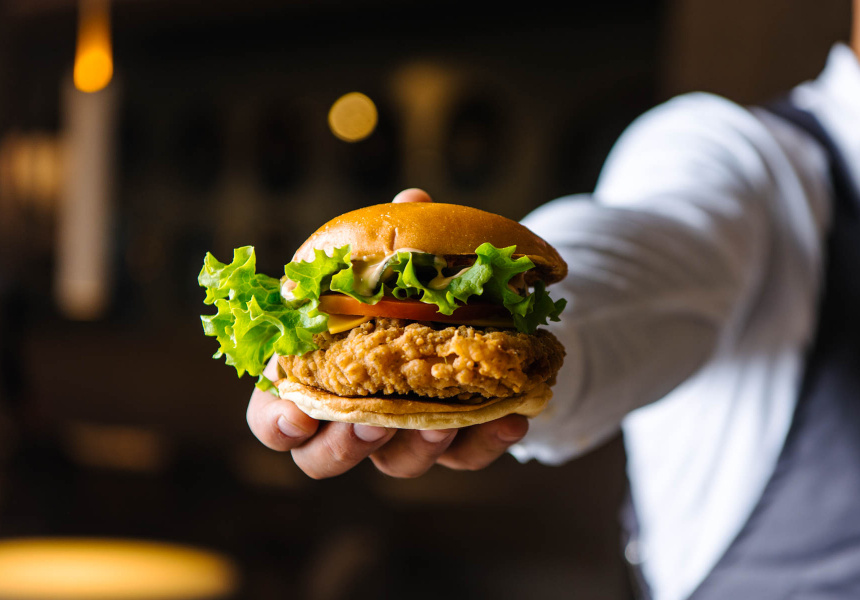 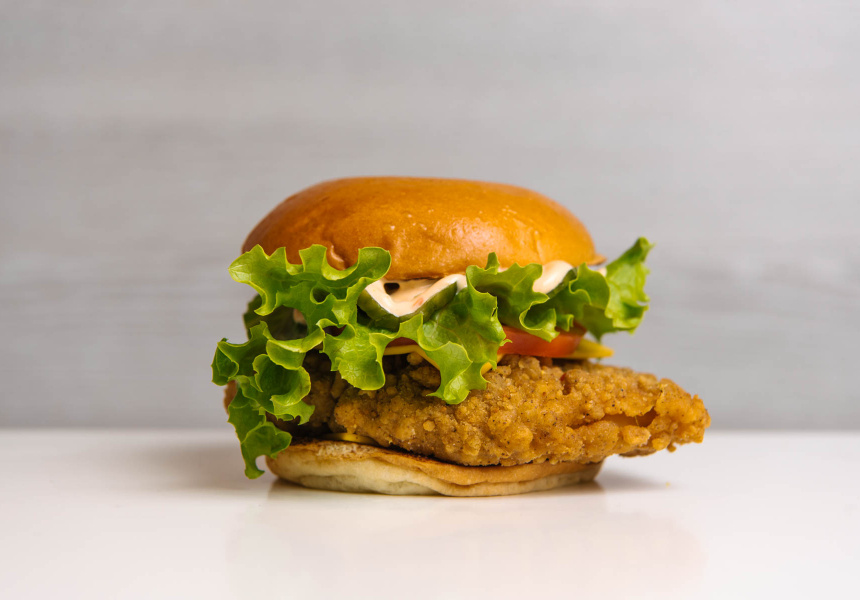 Fried chicken is a dish with a long history. A fourth-century Roman cookbook reportedly included a recipe for fried chicken, then known as “pullum frontonianum”. The dish’s modern incarnation as “Southern” emerged from African American slave communities in the antebellum South. Centuries later, it’s one of the world’s go-to comfort foods.

Neil Perry knows this well. The culinary director of Rockpool Dining Group, Perry oversees the authentic Southern-style fried chicken in Burger Project’s new Chicken and Chicken Deluxe burgers. One of Australia’s most successful chefs, we asked Perry to share with us how to make a version of his fried chicken at home.

Choose the right chicken
It goes without saying that superlative fried chicken requires a premium bird. “The flavour and moistness of the chicken is key to the burger,” says Perry. “Frozen chicken drops a lot of moisture when cooked, so go for fresh chicken all the way.”

Perry says buy the best you can afford. “Ethically raised free-range or organic chicken is more flavoursome and tender.”

Buttermilk marinade
At Burger Project, free-range chicken breasts are brined before frying. “We do this to ensure consistency,” says Perry. “It also takes a seasoned hand to brine successfully, without over-salting, and it’s perhaps not something to experiment with at home.”

A safer option for the home cook is to marinate the chicken in buttermilk for at least two hours – but overnight is better. “Marinating the chicken does wonders in the juiciness department,” says Perry. “[It] adds a lovely tanginess and tenderness. The viscosity of the buttermilk also aids in a better flour coating.”

Coating and seasoning
Southern fried chicken is floured, not battered, before frying. “A well-seasoned flour coating helps create a light, flavoursome crunch,” says Perry. The chef prefers to use self-raising flour because the “baking powder in it helps with the crunch”.

Before tossing it in flour, be sure to drain off as much buttermilk as possible. Otherwise you can end up with a gunky coating that doesn’t crisp or adhere to the meat. “It will fall off and you’ll lose the coating in the fryer,” says Perry.

Seasonings tend to be closely guarded trade secrets: at Burger Project, chicken is seasoned with a blend of 10 herbs and spices and four different flours. A simple seasoning to make at home, says Perry, “is a pinch of celery salt, thyme leaves, and white pepper, so it doesn’t obscure the flavour of the chicken”.

The trick to frying
Vegetable oil, with its high flash point and subtle flavour, works best for frying, says Perry.

“The trick to creating super-crispy Southern fried chicken is to double-fry – think of it as adding a double layer of crunch,” he says.

First, deep-fry the chicken in oil at 175°C for about 3 minutes, depending on the thickness. Cool on a wire rack. Then raise the oil temperature to 180°C and fry chicken for a further 3 minutes, or until golden in colour.

Perfect partners
When it comes to serving your chicken, Perry says simple is best. “If you choose good quality chicken, marinate it thoughtfully, season the flesh and the finished product, coat it carefully, select the right oil and deep-fry twice, your Southern fried chicken should need very little else,” he says.

To help the flavours really stand out, says Perry, all you need to do is serve your fried chicken in a soft milk bun with a little aioli and lots of pickles or coleslaw to cut through the rich flavour.

Place white pepper, thyme and celery salt in a mortar and pestle and crush to a powder.

Place flour and spice mix in a bowl, add water. Mix with hands until it resembles sand and bits of flour clump together. (This helps to create a good crunch.)

Remove chicken from buttermilk, scraping off excess. Season with salt and black pepper.

Coat chicken in the flour mix. Allow chicken to sit for a moment so it soaks up the flour. Shake off excess flour.

In a large saucepan, add enough vegetable oil to ensure that the chicken will be submerged. Heat oil to 175°C. Cook chicken in small batches for about 3 minutes, then place on wire rack to cool.

Reheat oil to 180°C and cook the chicken in batches for another 3 minutes, or until golden. Drain on a wire rack.

Serve each chicken breast between a soft milk bun with aioli, and coleslaw or vinegary pickles.

This article is produced by Broadsheet in partnership with Rockpool Dining Group. 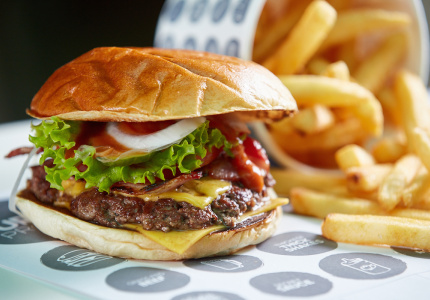