Here, a single bar of chocolate takes four weeks and eight steps to make – and you can watch it happen. 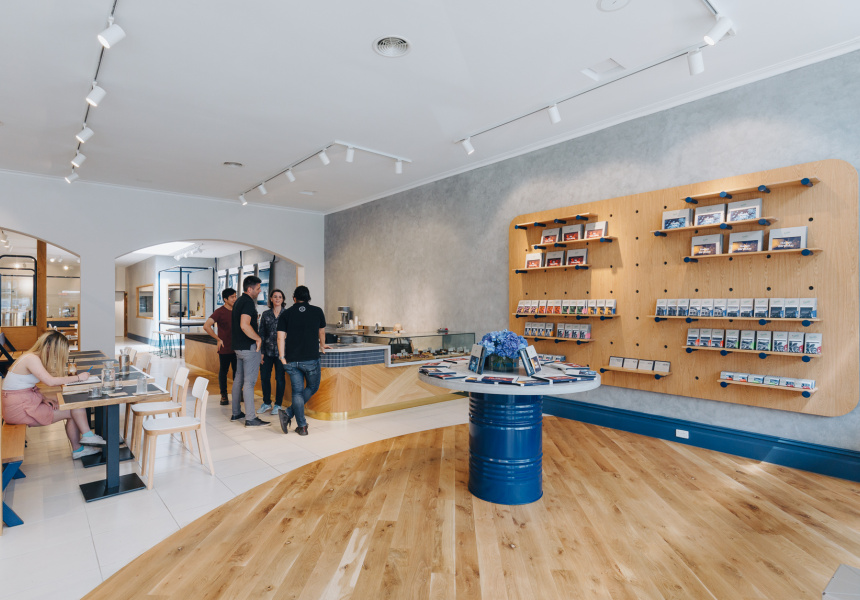 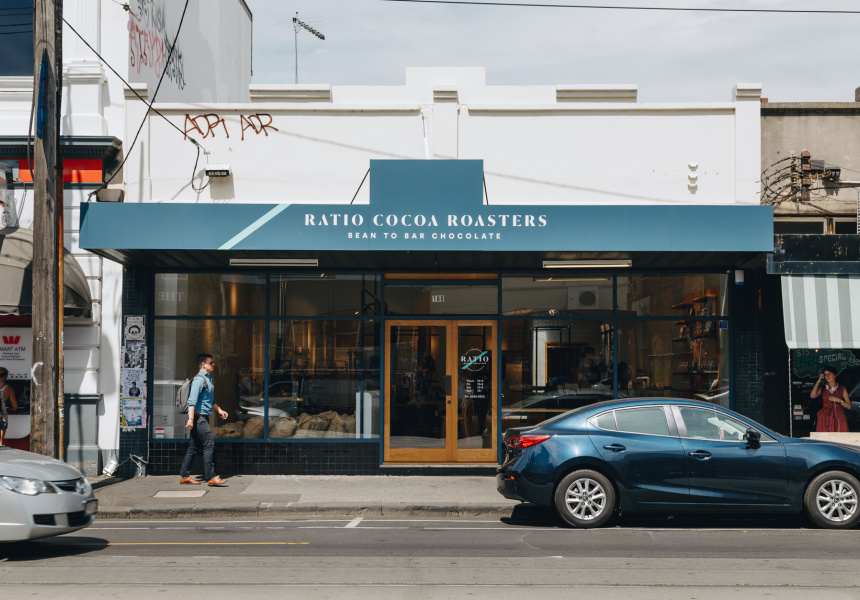 Debb Makin doesn’t smoke, or drink alcohol or coffee. But she loves chocolate.

“Chocolate’s always been my passion,” she says. “Everywhere I’ve lived I’ve always sought out good chocolate in the area.”

And she’s lived in a bunch of places. America, Kenya and South Africa while working as a zoologist, and England and New Zealand as an event manager.

Now she’s in Brunswick running Ratio Cocoa Roasters, a bean-to-bar chocolate shop more than two years in the making. Her training started with Kirsten Tibballs at nearby Savour Chocolate and Patisserie School, and continued less formally at Dandelion Chocolate in San Francisco. “They’re really admired in the industry,” she says.

Ratio makes all its dark and milk chocolate from scratch. As with wine and coffee, terroir (the place the beans are grown) and processing make an enormous difference to the final product.

Try the 45 per cent cacao Panama if you’re after a “good old chocolate-y chocolate”. The fruitier Solomon Islands chocolate comes in 58 and 76 per cent varieties, and a citrus-y Peruvian is 70 per cent. A 66 per cent bar from Trinidad and Tobago has notes of rum, raisin and pepper.

Each bar takes four weeks and eight steps to make. Every part of the process is on show in the long building, where glass screens separate the kitchen from the seating area. Book a guided tour if you’re burning to learn more. Or read on.

Step one – closest to the street – is the sorting table, where fermented cacao beans are assessed and any duds thrown away. The beans from Panama and the Solomon Islands are imported by two Australian residents, straight from their families’ farms. The other beans come from growers recommended by the team at Dandelion.

“I would love to be 100 per cent direct trade, but obviously that takes quite a bit of time and money,” Makin says. For now, she’s content buying from the same farms that trusted bean-to-bar companies do.

The graded beans are run through a refurbished 1960s Kirsch+Mausser roaster imported from Germany. Then they’re cracked between metal rollers, and a custom-made winnowing machine uses airflow to separate the lighter husk from the heavier cacao nib.

Then comes the most Willy Wonka-esque part: grinding, also called refining or “conching” (named after the shape of the original machines used for this part of the process). The nibs are mixed with organic cane sugar (for dark chocolate) or sugar, milk powder and organic cocoa butter (for milk chocolate) then churned for at least 72 hours by big granite wheels. This reduces the particle sizes of cocoa solids and sugar crystals in the finished chocolate, improving mouth feel. If Ratio’s twin 100-kilogram refiners are going when you stop by, you’ll absolutely feel the urge to dip your finger into the drum of heaving liquid for a taste. (Sorry, Augustus, you can’t.)

Step five: the chocolate is set into blocks, wrapped in paper and aged to let the flavours settle down and even out. “Everyone has different opinions on this. We tested our own chocolate and we feel three weeks is a suitable ageing period,” Makin says.

Tempering, the second-last step, is necessary for producing glossy, crisp chocolate that snaps rather than crumbles. It involves heating and cooling the chocolate ever so slowly to remove inconsistencies. Amateurs usually do it with a thermometer and a bowl suspended over a pot of boiling water.

“It’s the scary part of the chocolate-making process,” Makin says. “That’s what ruins most competitors on cooking shows.” She has a machine that does it perfectly, of course.

Finally, the chocolate is poured into moulds, flash chilled for three to five minutes, wrapped in foil and boxed up.

Apart from the standard dark and milk chocolates, Ratio also sells varieties with sprinkles of roasted almond; salted caramel; macadamia and lemon myrtle; and apple and cinnamon – all of which are added at the end to prevent nut contamination.

There are more options if you choose to take a seat in polished blue, grey and white room by St Style. House-made rocky road. Espresso prepared on an under-bench Modbar system. Single-origin hot chocolates with house-made marshmallows. And most interestingly, tea-like hot chocolates made by pouring boiling water over the raw nibs. 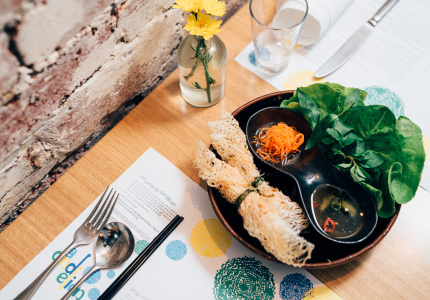