The Railway Hotel – Heading in the Right Direction

After a six-month hiatus, the Windsor pub has reopened. 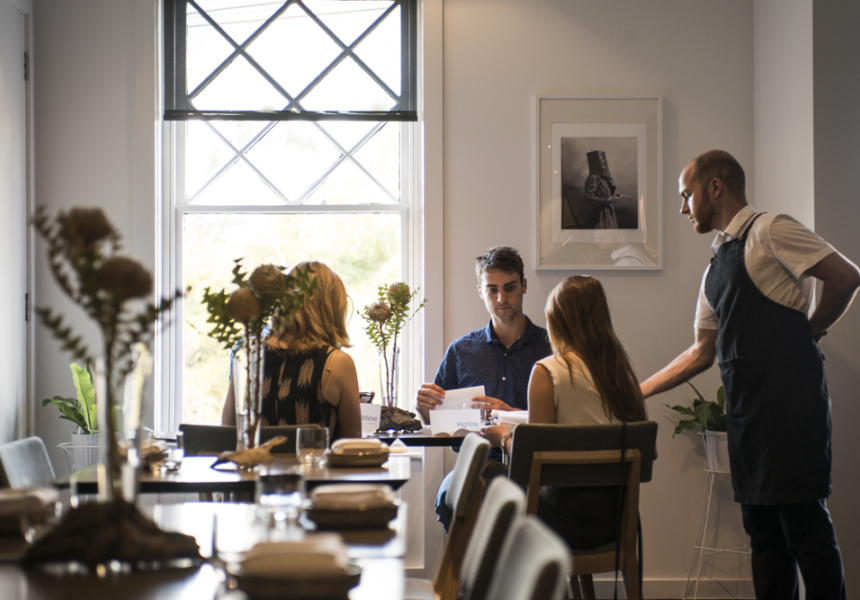 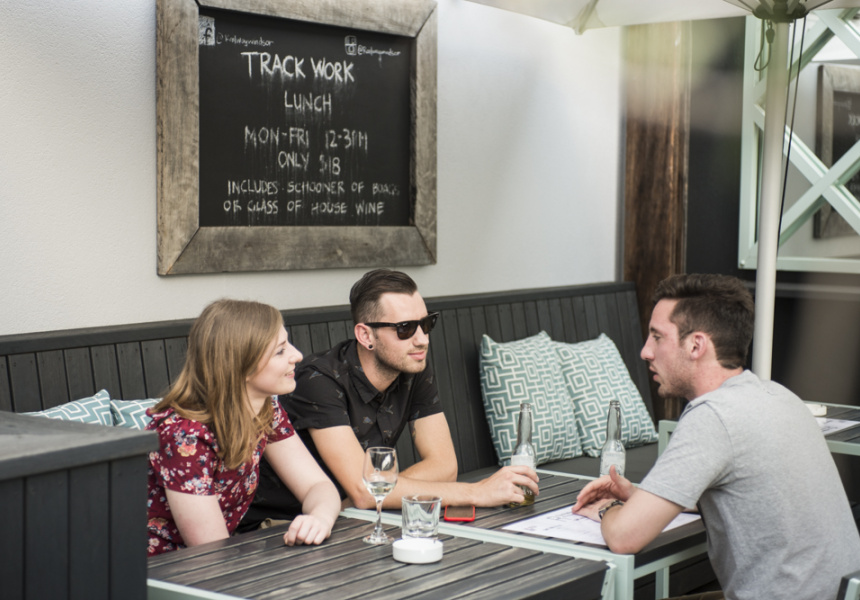 Previously, if you were to ask, “Which Railway Hotel?” (there are at least four), you were most likely met with the response, “The one with the 24-hour bottle shop”. But since the total revamp and resurrection of Windsor’s The Railway Hotel in October last year, there’s a lot more to this watering hole and early-morning restock stop.

From the outside you’ll notice a fresh coat of paint, a striking yellow light reflection and a neat row of new outdoor seating and umbrellas. They say there’s nothing a fresh coat of paint can’t fix. But sometimes a freshy just doesn’t cut it – a total reinvention needs new management, new chefs and new vision in order to achieve a new reputation.

“Our whole approach has changed. We used be known for our drinking culture, but the direction we’re taking is about the food. We want to be known for our seasonal produce and sustainable farming,” says new general manager Peter McComack.

McCormack’s father-in-law, Wayne Sullivan, has owned the Railway Hotel for more than 30 years. The Sullivan family also owns and manages Oak Valley, a 2000-acre farm situated in the Strathbogie Ranges. It grows 600 Angus cattle, 100 Dorper ewes, pigs and chickens. It also grows vegetables, fruit trees and has bee hives – all of which were previously used for private consumption.

Since the redevelopment, McCormack, a butcher by trade with an extensive background in the Australian meat industry, and new head chef Simon Tarlington (ex Quay, Woods of Windsor, Restaurant Gordon Ramsay, Maze) have combined their knowledge to run Oak Valley sustainably. They have done this by adopting the paddock-to-plate concept. More than 90 per cent of the produce served at The Railway Hotel is grown and gathered at Oak Valley.

“We think we’ve got what nobody else can match, which is our own farm. And we can control everything we produce,” says McCormack.

Nothing goes to waste. Everything is used; bellies for bacon, trimmings for sausages, bones for sauces. On weekends McCormack might be at the farm, feeding the pigs acorns and fallen fruit from the orchards to ensure the diet of the pigs reflect the flavours on the plate.

“We’re designing the menu for not only next week but also for months in advance,” says Tarlington.

The Railway Hotel cuts, cures or smokes all of the meat in house, making dry-aged prosciutto, salami, chorizo, ham, Bresaola, pastrami as well as sausages, brisket and lamb bacon.

“Sometime we have to wait a minimum of six weeks for bacon because we need to plan the life of the pig and make sure it’s going to be ready by the time we need it,” says Tarlington.

Aside from the change in colour scheme, to subtle blues and greys, sleek wooden furniture, rose-gold trimmings and brass light shades, another difference now is the choice you have between three separate dining experiences in the one venue. There is also the private function room and of course, the 24-hour bottle shop.

Downstairs you’ll find the traditional public bar; where the locals hangout. There’s Carlton on tap, bar snacks (pig nuggets and onion rings) and TVs screening the football. Wander upstairs and you’ll discover The Deck, with city views, bench seats and bar stools. A family friendly vibe with share-style meals (half a roast chook, a side of rosemary-fried kipfler potatoes) daily lunch specials, happy hours and DJs on the weekend.

Adjoining The Deck upstairs is The Highline, a 30-cover formal dining experience where the Oak Valley produce is showcased. Here the menu changes accordingly and Tarlington’s passion is carefully plated. Choose from Cow, Pig, Sheep, Garden or something From the Sea – you’ll be presented with the cut of the day complemented by whatever has ripened, fallen, been picked or aged. Or select the six-course chef’s selection at $60 a head and Tarlington will do the rest of the deciding for you. As well as an extensive list of Australian and international wine pairings, there is a decent dessert selection. Milk & Honey involves honey from the farm done five ways; honey comb, honey cake, honey jelly, honey crumb and honey skin with milk and honey biscuit, aerated milk and milk skin.

“Sustainability isn’t always easy, it takes a lot of work and a lot of planning and an element of luck; having a good season, good rainfall and lots of feed,” says McCormack.

The task of reinvention seems to be proving harder; convincing previous patrons that The Railway Hotel isn’t just a pub with a 24-hour bottle-o, but now a culinary experience which supports sustainable farming.

The Public Bar and The Deck
Daily 12pm–3am

The Highline
Mon to Sat 6pm–12am