Following the opening of Ora a couple of weeks ago, The Quartermaster’s Store enters the fray to keep the quiet backstreets of Kew brimming with coffee and good food. 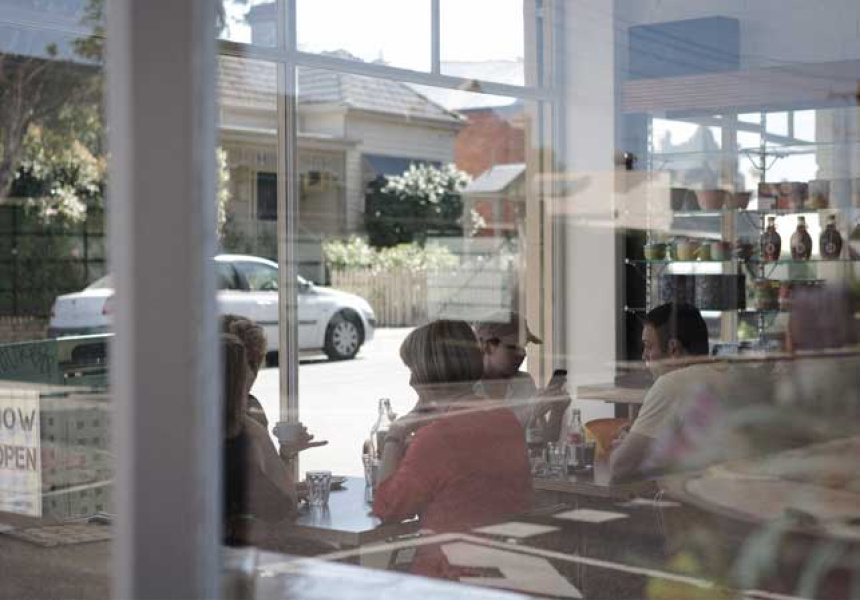 Only a few months ago, the tiny former milk bar that is now new Kew cafe The Quartermaster’s Store was all but derelict. “The windows were boarded up and the ceiling was really low,” recalls cafe owner Michael Carve. “It was a mess.”

But three months later he’s opened the cafe, named after the position held by the person who distributes provisions and supplies in the army and scouts. “My girlfriend and I started singing old scout songs and the name came up from there,” he laughs.

The Quartermaster’s Store has a simple premise: good coffee, breakfasts and lunches in a small, leafy pocket on a sleepy little roundabout. The room is lit with lamps formerly used in the State Library’s photography darkrooms, which have since been closed down, and is dressed with shelves holding cookbooks, vases, pots and plates. The menu is straightforward, with eggs, various toast and muesli for brekkie and salads, sandwiches and soups for lunch.

The quiet of the street and old-school, milk bar facade makes this a nostalgic spot, although it’s confidently boosted with a modern approach to the business that takes place inside. It looks like this sleepy little village might have a few more drawcards to attract the swooping cafe crowds, especially come the weekends.