Pure South Realigns, and Reopens, by the Yarra

The Southgate fine diner has recalibrated its compass, expanding up, down and across all times of day. 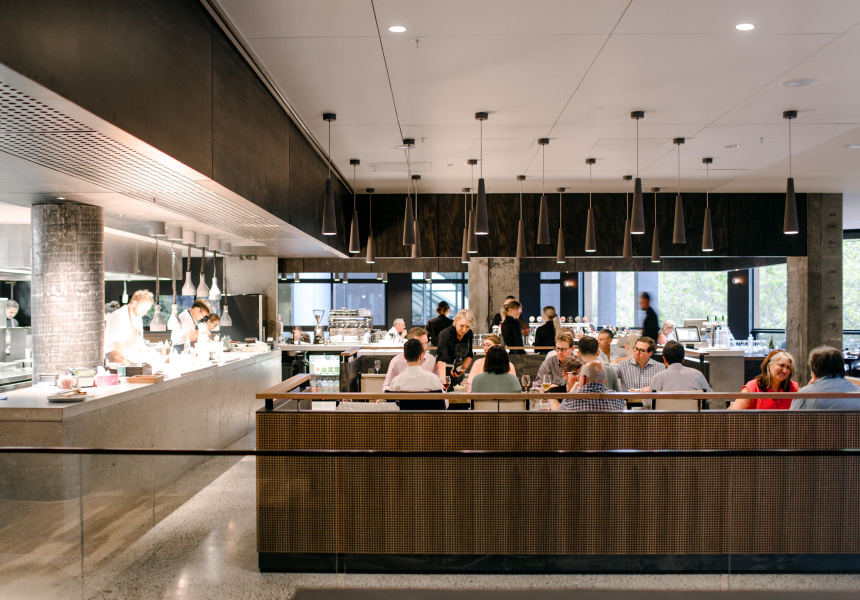 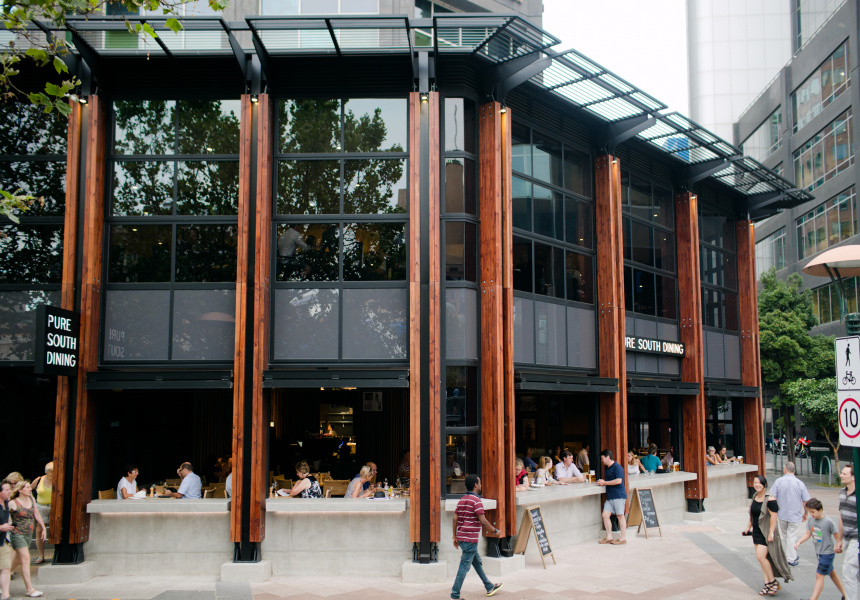 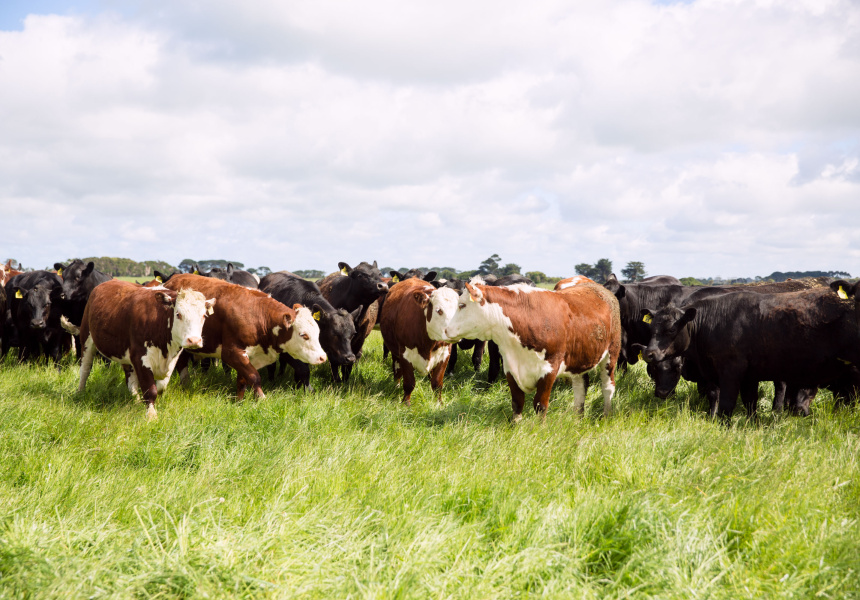 Many cattle farmers on King Island also think of themselves as grass farmers, so important is the quality of the grass to their beef.

Late last year we reported that Pure South Dining had enlisted former Kettle Black head chef Jesse McTavish to help hone the restaurant’s first approach to breakfast. After closing last May for renovations, the Pure South team headed into the site left vacant by Walters Wine Bar, where it could experiment with a new menu in public, offering diners a chance to experience it via a six-month pop-up.

Now it’s back home, in surroundings that have tripled in size compared with the space that served the restaurant since 2004. Upstairs, the elegant dining room will be familiar to return guests, with views of the Melbourne skyline just across the Yarra. Downstairs is completely new; a more casual room makes artful use of its corner spot at the end of the Southbank pedestrian bridge to Flinders Street Station. Huge windows open completely to bring a sense of Southgate’s bustle into the calm, polished concrete interior. A central island bar anchors the room and gives all tables a chance to take in the view.

The restaurant is now open from 7am (8am on weekends), with McTavish’s input evident in a breakfast menu where even the delicate, complicated dishes don’t lose sight of what people actually get enthusiastic about eating in the morning.

For all the changes, one thing Pure South has remained absolutely steadfast on is its commitment to championing ingredients from across Bass Strait. Producers from Tasmania, King Island and Flinders Island feature prominently, to the point where individual farmers or fishermen are listed on the menu. But dishes such as the “Hardy Family octopus, cauliflower, Mt Gnomon Farm chorizo, kaffir lime”, or “Mark Eather’s ike jime blue eye cod, kohlrabi, bresaola, melon, red wine” are more than gimmicks. The written menu is a way for co-owner Philip Kennedy to bring attention to the producers who inspired him to open a restaurant in the first place.

“It was goosebumps,” says Kennedy, of his very first trip to King Island. “I grew up on a farm, we made our own butter, so my brother and I had an understanding of just how special this produce was, and we wanted to showcase it.” Pure South is his first and only restaurant, and since its first day, has rested on a foundation built on relationships with farmers and suppliers.

Kennedy and head chef David Hall continue to make regular trips to the southern islands to visit the farmers and producers who supply their ingredients. They’ll often take junior kitchen staff, both to give them a sense of how important provenance is to the restaurant, and to inspire them to experiment with ingredients themselves.

So well respected are Pure South’s efforts that when King Island Beef relaunched as a supplier of only premium, farm-assured hormone and GMO-free grass-fed beef late last year, it chose Pure South as the first venue or retailer in the world to offer its beef.

In its first incarnation, it was clear that Pure South’s commitment to quality did not come cheap, and for many years the Southbank restaurant was largely the domain of business lunchers and special-occasion diners. But in its re-launch, the quality Pure South brings back from across the Strait is available to us all.