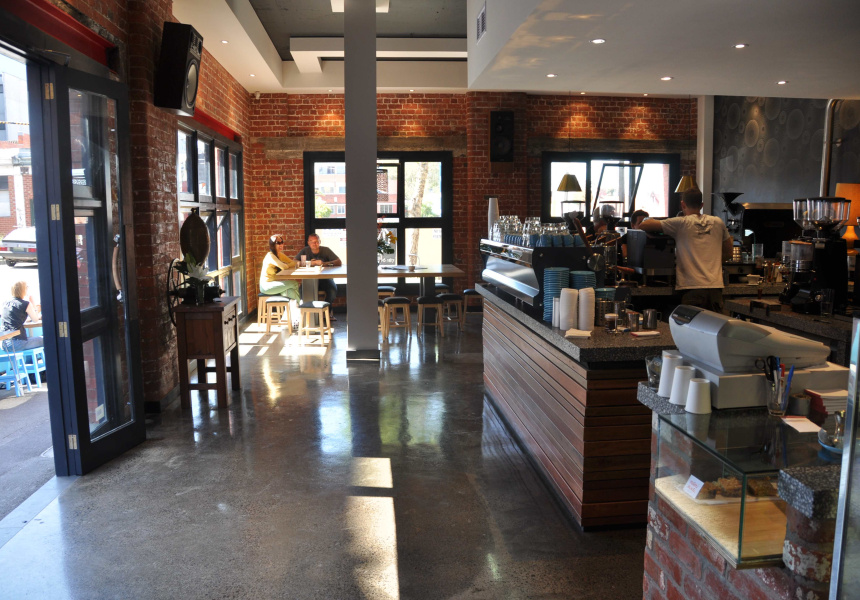 Now this is what we’ve been waiting for. Having sold Liar Liar to St. Ali earlier this year, Nolan Hirte has opened his new café, Proud Mary, in Collingwood. It’s just what this part of Melbourne needs. The area is by no means short of cafes, but there has been a conspicuous lack of great coffee – until now.

It’s clear a lot of people have been waiting for this. We visited last Wednesday, about four hours after Proud Mary first opened its doors, and it was already buzzing with people. There was none of that ‘first week’ vibe with waiters standing around chatting, waiting to see if people would come. No, Proud Mary was already in full swing; they already had loyal soon-to-be regulars. By Saturday morning there was a wait for tables, and this isn’t a small space.

Nolan and his team clearly have confidence this cafe is going to work: they've bought themselves a ridiculous amount of toys. There’s a syphon bar, an army of grinders housing a variety of blends and single origins (all from 5 Senses), a little one-kilo roaster they’ll use to produce small batches for the cafe, as well as a Clover, with another on the way. This is no small feat, as Starbucks bought out the company that made Clover about a year ago and quickly took it off the market. Now the only way to get your hands on one of these machines is through an “I know a guy, who knows a guy” type situation. A café that manages to get one Clover is doing well; two just seems excessive.

But the crown jewel of the coffee toys here is the six-group custom-made Synesso espresso machine. This thing is a bus. Synesso has taken two of their three-groups and melded them together and topped it off with chrome and wooden finishes as well as a foot peddle-operated steam wand. Madness.

The space doesn’t feel very Collingwood: it’s very slick and shiny, and being just off Smith Street, the likelihood is that this place will accelerate the gentrification of the strip now well underway thanks to places like Cavallero, Boire and The Panama Dining Room. We’ll leave it up to you to decide if that’s a good thing or not. Either way, we strongly suggest you get down to Proud Mary and check it out.