Proud Mary has opened a coffee bar and showroom on Wellington Street, intent on demystifying production and teaching people how to make good coffee at home. 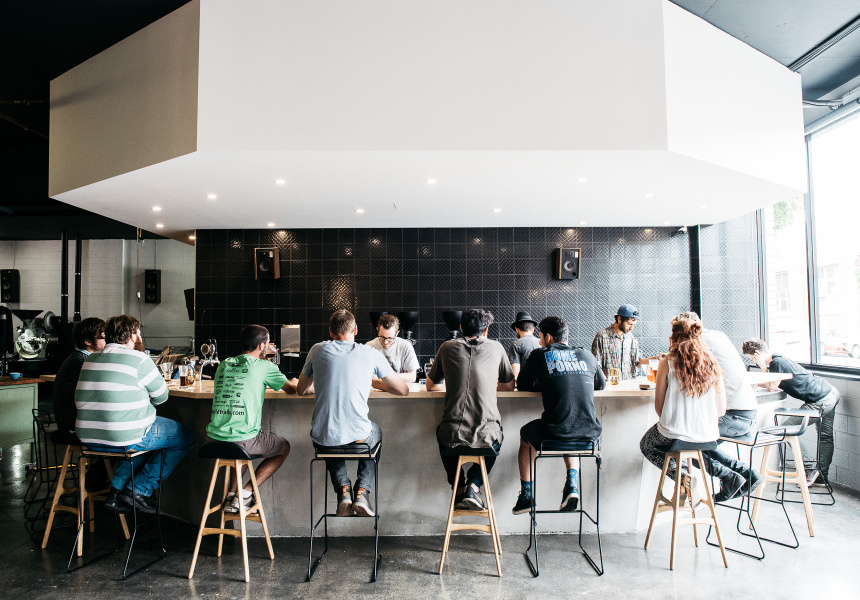 When it comes to coffee, some of us just like to drink it. Others want to know everything; where it was grown, the variety, how it was roasted, and so on. If you fall into the second camp, then Aunty Peg’s is the place for you.

Opened today on Wellington Street by nearby Collingwood cafe Proud Mary, think of it as a sort of “cellar door” for coffee.

“We’re trying to bring the customer closer to what they’re getting,” says Proud Mary owner Nolan Hirte. "If you come to Proud’s for a coffee, you might think, ‘That’s a really nice coffee, but why?’ There’s a lot of reasons why. Here I can link people directly to all the work we’re doing and tell the story properly.”

At the front there’s a wall of shelving loaded with coffee paraphernalia, including V60, Clever Dripper, AeroPress and French press devices. Over at a dedicated bench you can use Proud Mary’s coffee to try each system before you buy.

For those who prefer a professional touch, there’s an imposing cement bar equipped with three beer taps, which pour a frothy, ale-like brew made by steeping ultra-premium Geisha beans in cold water at a brewery in Geelong, then putting it into kegs. Like any cold brew, it’s a subtler take on coffee, with low acidity and bitterness.

Alongside that are three single-grip espresso handles, removed from a Synesso machine and built into the benchtop, as though they were also beer taps. It’s a novel experience to sit at the bar watching your espresso extract while listening to the steady thrum of Proud Mary’s three roasting machines, which are visible in the connecting warehouse. Just don't expect a latte; Aunty Peg’s only serves black coffee, to better highlight the product.

Upstairs two large areas sit ready for new cafes to train their baristas, or for members of the public to participate in classes. In an adjoining kitchen, pastry chef Gad Assayag (most recently of Green Park) pumps out a supply of sweet goods for Proud Mary, Stagger Lee’s, Krimper and the retail space downstairs. 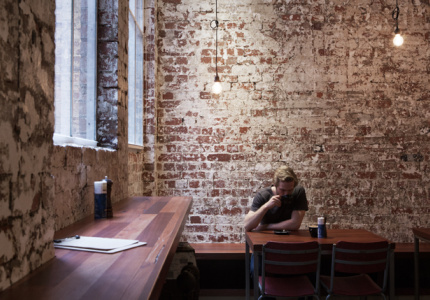