Prince of Wales Sticks a Fork in Circa

After almost 20 years at the top of Melbourne dining, the restaurant and kitchen that brought us Andrew McConnell, Matt Wilkinson, David Moyle and Ben Shewry is closing for good. Circa at the Prince of Wales 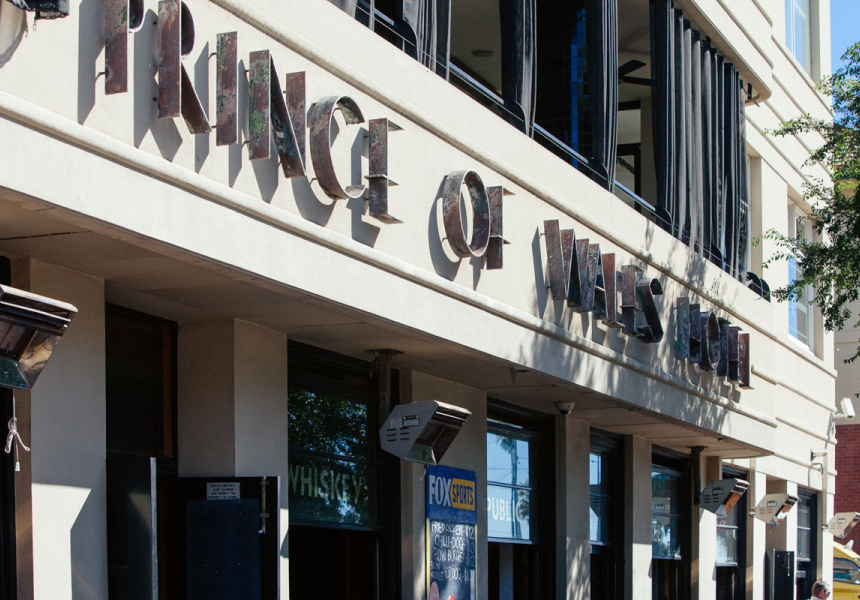 Now Circa has closed for good as part of a major reboot of St Kilda’s Prince of Wales, led by owner Gerry Ryan and general manager Reg Lodewyke.

The front bar and Acland Street Cantina will be collapsed into a single brasserie-style venue that’ll serve breakfast, lunch and dinner. The hotel’s upstairs has already undergone a significant refit by interior designer Megan Hounslow and architect Melanie Beynon.

Before you freak out, the band room isn’t changing. But much of what you currently know of The Prince of Wales – the comfortably grungy streetside drinking, the care-worn dive bar, the taqueria out back and the crown jewel, Circa – is going.

The reason for the closure of Circa as a restaurant was simple: it wasn’t working.

The Melbourne Pub Group (MPG) purchased the Prince of Wales in 2011 from John and Lisa Van Haandel. The company – now trading as The Prince Hotel (TPH) – had a history of running quality gastro-pubs such as the Newmarket and Middle Park Hotel, but hadn’t had a go at fine dining. Still, the company managed to keep standards high and brought along executive chef Paul Wilson, who oversaw a more casual, accessible experience at Circa.

The back-of-house dynamic, though, was turbulent. In 2016 the restaurant’s head chef changed three times, and a major investor in then-MPG Julian Gerner backed out in 2013. Paul Wilson soon followed.

Ironically, the restaurant’s great reputation was part of the problem.

“It’s not a big secret to anyone in the industry that when you start getting some really big awards ... there's a lot of financial stress and financial pressures that come with retaining that sort of stature,” says Reg Lodewyke. “I'm not too sure if we were really fully prepared to understand the pressures that came with businesses of that calibre. And it became, very quickly, very obvious to us that that business in that current framework was not sustainable long-term.”

It was time for Circa to go, though Lodewkye admits he was afraid to abandon the name, an established brand with a celebrated history. After conversations with trusted advisers and the TPH board, it became clear that a new phase required a new name.

“That way we're not making any promises about what Circa has been specifically in the past,” he says.

The new name is yet to be disclosed, but in the meantime, the team has been plotting a return for the restaurant. Right now, they’re thinking a pan-Mediterranean menu (Tunisian, Turkish, Israeli and North African as much as Greek and Italian) with an emphasis on sharing and vegetable dishes. The price-point will be markedly lower.

“I want a business that's approachable every day,” says Lodewyke. “We don't want to be trying to bring people from other suburbs and all that kind of stuff, we just want to talk to our local area, and our local market, and we just want to be perceived as the venue that's really leading the community.”

The refurbishment of The Prince will progress in three stages over the course of 2018, beginning with the former Circa space. Iva Foschia of IF Architecture, responsible for polished fit-outs at Cutler & Co, Marion and Attica, is leading the design.

“Iva really understood where we were coming from in the sense that we didn't just want to rip this part out and make it all shiny and new,” says Lodewyke. “We really wanted to hold on to a bit of that heritage.”

While the changes in The Prince are drastic, one thing’s not changing a bit: The Prince Band Room. In fact, the owners have recently refurbished the space and closed down its POW Kitchen offering, refocusing entirely on its function as a live-music space.

“We're not going anywhere,” Lodewyke says. “We don't don't want to build apartments on top of your Band Room. We don't want to convert the Band Room into a food and beverage business.

The first-floor restaurant space is scheduled to be refurbished over an eight-to-10-week period. The Deck – which overlooks Fitzroy Street – will continue to trade as an events space, with a complete refurbishment scheduled for later this year. In the meantime, expect to hear more details about the new landscape shortly.

Goodbye, Circa. And thanks for all the fish.