Cup of Truth’s latest cafe in Prahran promises a little more time and a few more seats than its busy city branch. 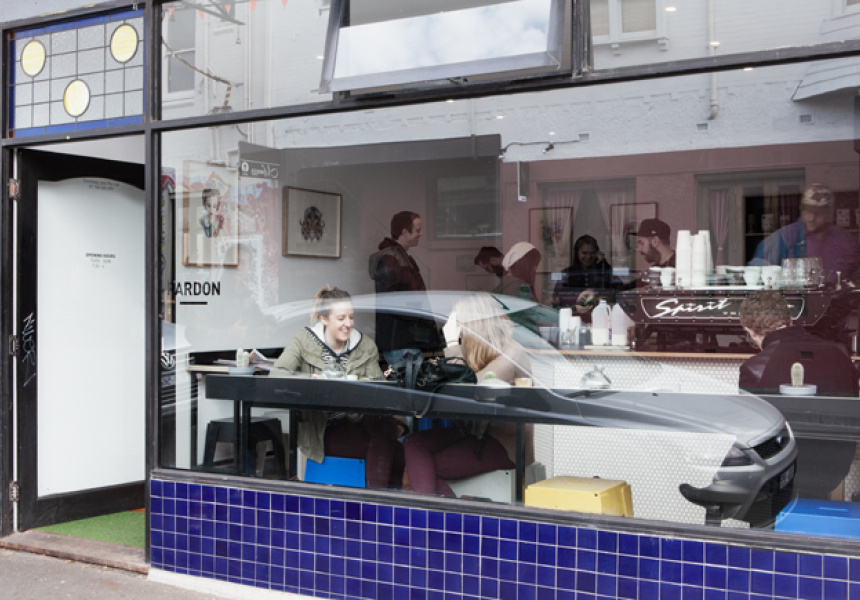 The fellows behind Cup of Truth have emerged from the underground to set up a new cafe in the backstreets of Prahran. Fans of their city spot would be familiar with the peak hour Degraves Street Subway crowds, milling around the coffee machine for a quick latte before rushing off to the platforms. The same friendly rituals continue at Pardon, only this time with seating and a little more time to spare.

Teaming up with Axil Coffee, owners Courtney Joel and Jon Freeman have created a Cup of Truth blend for their daily grind. Single origins from Monk Bodhi Dharma will also be on offer, along with Byron Bay’s Marvell Street (exclusive to Pardon and Cup of Truth).

The modest size of Pardon doesn’t allow for a kitchen or extensive menu, but rather a concise rotating selection of sandwiches, such as salted pork and red cabbage, served fresh or toasted. Matt Forbes’ pastries, including his ‘fluffy balls of happiness’ (salted caramel or fruit curd doughnuts), will also be available for our savouring or scoffing pleasure. Although it’s early days yet, future plans include coffee appreciation nights, dessert degustations and a liquor license. 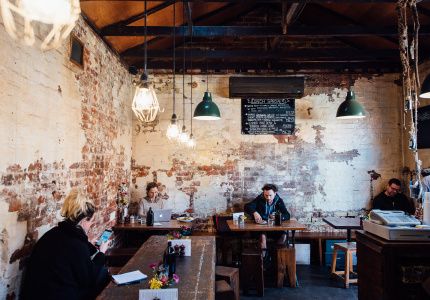