One staffer rewarded herself with a crispy pork banh mi (“the fun spicy cousin of the democracy snag”), another opted for a flaky, freshly made borek with complimentary pickled chilli. There were also Mile End bagels, a croissant as big as your head and a couple of cheeky mid-day Maccas runs. The phrase “post-vax snacks” has entered the Broadsheet vernacular. Because we’re all about helping Melbourne get the hell out of lockdown – and rewarding ourselves in edible ways.

Here’s how the team patted themselves on the back for a jab well done:

I got myself a crispy pork banh mi from none other than Phuoc Thanh Bakery on Victoria Street. Why? I’d argue a banh mi is akin to a democracy snag. Perhaps, the fun spicy cousin of the democracy snag.
- Angela Yu, campaign manager

For me, it was the edamame-avocado everything bagel from Mile End. Avocado and edamame come together with kewpie mayo, cold-smoked salmon, black-sesame oil and sliced cucumber on an everything bagel. Not since Peagate has such an unlikely avocado-led unification been so harmonious.
- Ellen Fraser, executive producer

I’d thought about my post-vax snack for almost as long as I’d waited for my jab appointment. Sure, I could pop down to the bakery any day (most days I do) but – like success – some say baked goods taste sweeter when you’ve earned them. (Waiting in line is commendable enough for me.) You can imagine my devastation, then, when I rocked up to realise I’d poorly timed my vaccine appointment with the one day Too Good Bakers is closed. When I did eventually get there – two days later – I made a beeline for the toasty chocolate-and-almond croissant. It unravelled one flaky layer at a time – from the crusty, golden shell to the soft porous centre. Inside, the chocolatey paste clung tight to the ripples of dough. I peeled it apart until all that was left was a paper bag filled with crumbs. Victory.
- Stephanie Vigilante, social media editor

Cruelly, I had to drive past Prahran’s just-opened Baker Bleu numéro deux to get to my vax appointment, but because it was outside my five-kilometre radius, I couldn’t stop. I felt gipped as I drove home to Northcote before remembering Psarakos Market – my favourite place to deli-dally – exists. I left with wafer-thin mortadella, provolone dolce and some sweet, sweet baby peppers swimming in oil. And a crusty panini. And a big bottle of chinotto, which is one of the few things I want hooked to my veins as much as dose two of Pfizer.
- Tomas Telegramma, Melbourne editor

I went to McCoppins and bought a pile of bougie chippies and craft beers. The guy behind the counter defs thought I was having a house party.
- Matt Phillips, group sales and partnerships manager

I bought myself a celebratory peanut-butter-and-miso cookie from Falco and whispered to myself, “best vax ever”.
- Simone Crick, studio director

It’s the Mid-Autumn Festival, and there are mooncakes available all around Box Hill. I swung by Ms Bean for a lava custard mooncake with taro filling after my first jab. And while it’s not the right festival for it, I also grabbed zongzi – a sticky rice dumpling wrapped in banana leaves – filled with pork, lap cheong and chestnuts from Grain Asian Cafe in the food court.
- Chynna Santos, editorial assistant

I got a scoop of peppermint-choc fudge from Billy van Creamy – I'm currently not allowed dairy or sugar so it was a sweet act of celebratory rebellion. And I'd do it again!
- Louise Baxter, subeditor

Nothing soothes the post-jab aches quite like a fresh loaf of crusty (yet airy) sourdough – especially when it comes warm from Baker Bleu’s shelves. I tucked into a few thickly cut slices slathered with an old favourite: zingy, homemade lemon curd. Who would have thought toast could be such a treat?
- Isabel Hoggard, branded content social media manager

I got a meat pizza from A1 Bakery, which then turned into a exposure site, and I had to get tested. But hey, I was fully vaxxed and felt invincible.
- Sian Whitaker, general manager

None other than Sonsa Market, across the road from the Broadsheet office. I love how they always make fresh boreks in front of you, and add complimentary pickled chilli and lemon. They have fresh juice as well – bonus!
- Anastasiia Ogloblina, campaign coordinator

I was vaxxed in the evening, which meant the (admittedly short-lived) after-effects came a-knockin’ around 6am. There was no chance I was getting out of bed that morning, so I sent my housemate to pick up a bacon-and-egg roll and a chunky choc-walnut cookie from Parco. They do a great soft scramble that helps you forget all your troubles (for a couple minutes or so). When I’m not feeling 100 per cent, I don't want to eat anything with intense flavours, so that brekkie roll really hit the spot. The cookie was another story, though. It’s soft, salty and sweet – with gooey, melty chocolate and some crunchy roasted walnuts. A much-needed mood-booster for yet another day in lockdown.
- James Williams, social media coordinator

After getting vaxxed, I went straight to Kneadful Things on Station Street and got myself an almond croissant the size of my head. It was a treat breakfast and I reckon I deserved it.
- Karla Arnall, podcast producer

You probably don’t want to use mine because it was a McDonald’s chocolate sundae that I ate at like 3pm between meetings. I will not be shamed, my choice is my choice.
- Sinead Stubbins, deputy branded content editor

Nothing fancy for me. In fact, I wanted the complete opposite: a large Maccas fries (poured into the bag so I could drive and eat) and a large coke. Every sip and every chip was glorious.
- Julia Monaco, sales and partnerships manager

Both times I bought a tuna melt – at Willow in the wild, wild west – because it’s delicious and it comes with a serve of potato chips on the side. So, it feels like being back at school and eating your play lunch and big lunch at once.
- Michila Macleod, national sales and partnerships director

I got a porchetta roll at Heartattack and Vine. (It also comes with potato chips.)
- Scott Renton, Scout editor

I got a Mile End bagel (delivered). Smoky salmon, creamy cheese and all the trimmings.
- Rory McKenna, growth marketing specialist

I had a tuna salad because that’s what I had ingredients for. Lol.
- Tri Nguyen, creative solutions manager 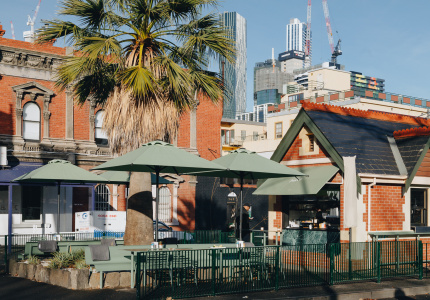 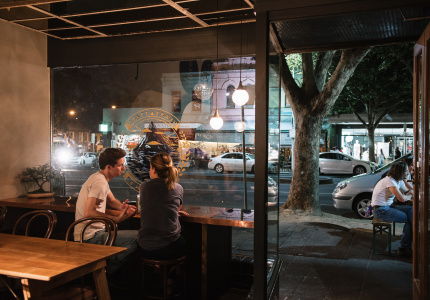 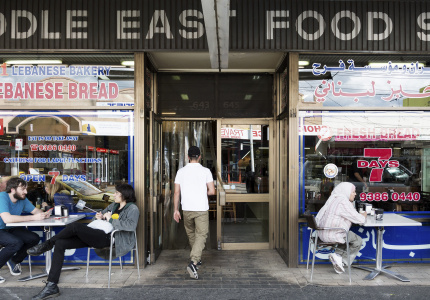