Late last night, Melbourne CBD bar Nick and Nora’s opened for business after months in lockdown. We were there to see what the first post-pandemic party looked like. 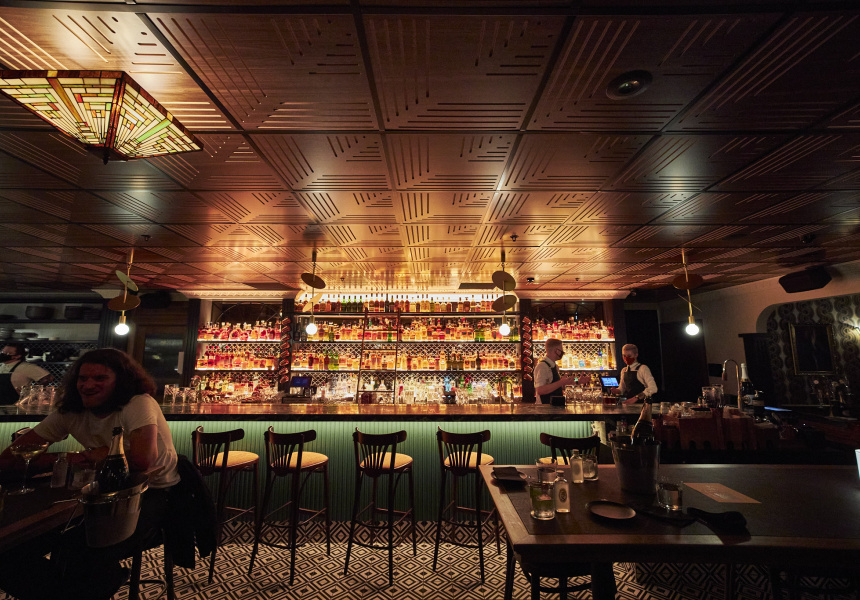 After what feels like a century in lockdown, Melburnians are finally allowed to dine in and drink at restaurants and bars again. Last night was an exciting moment for the hospitality industry and our city, so naturally many bars and restaurants swung open their doors at 11.59pm, the minute the lockdown ended.

We sent freelance photographer Michael Woods down to luxe CBD cocktail bar Nick and Nora’s to check out its end-of-lockdown party.

“Pulling up to this gig was eerie,” says Woods. “Turning the corner in a very still Melbourne CBD and hearing music echoing down the street was the most emotional part of getting back out there for me last night.”

Woods said the event was like “a very loud, formal dinner party”, with masked staff preparing bulk cocktails for guests seated at Covid-safe, spaced out booths and tables. “Once I was inside it was all boisterous laughter, joy and fun – as well as a few solemn souls who had obviously been through a lot this lockdown (or were out of practice at the social game).”

“There were card tricks and machete bottle-openings [sabrage] galore,” he says, noting that attendees were dressed to the nines – one punter even rocked up in head-to-toe formal gear, complete with bow tie, top hat and tuxedo jacket. (Sadly, he was turned away because the venue was booked out.)

Staff were pulling out all the stops when it came to talent, clearly excited to be back behind the bar. “They were really ready to flaunt their tricks. They have such a talented, charismatic staff and that was obvious from the service,” says Woods.

He spoke to a few groups of people, and the consistent response was that the night was about moving toward a better, brighter 2021 after one of the most difficult years in memory.

“One group of young professionals had made Covid a no-go discussion point,” says Woods. “Another couple in their forties had originally booked and missed out on Nick and Nora’s pre-lockdown, and had jumped at the chance to visit now they were allowed to again.”

Overall, everyone in attendance was keen to support hospitality, one of the industries that’s been hardest hit by the pandemic. “The general consensus was that we’d all done the time, we’ve been told we can go out, so why shouldn’t we?”