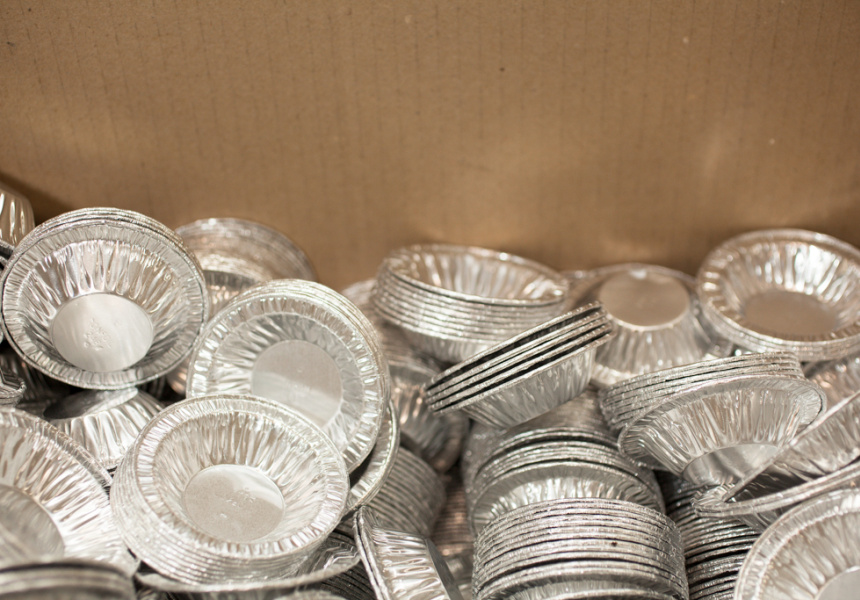 Every Christmas since the 13th century, Britons have been greedily eating mince pies. The recipe, made from chopped fruits soaked in booze then baked into a tart, was brought back to England with the Crusaders when they returned from the Middle East - and, yes, it originally did include mince meat.

The tradition followed them here to Australia, where has persisted despite the incongruity of wintery foods in summer. One of the finest local examples comes from our very own Brasserie Bread, who’re best known for their impeccable artisan sourdough.

Although they’re busy making nearly 45,000 pies this year, they’ve kindly shared the recipe so you can make these babies at home - though given the fact that Brasserie begins soaking its fruit mixture 12 months in advance, if you don’t want to cheat, you’ll probably need to start now for Christmas 2014.

Use your hands to mix together the dried fruit with grated apple, cane sugar, lemon zest, and melted butter. Add mixed spice, and a little nutmeg and cinnamon. Then add brandy and Grand Marnier. Make sure it’s well mixed.

Place in an airtight container in the fridge for a minimum of six months. But, if you do not have that much time (we suspect you don't), you can use it straight away (though it won’t be as boozy).

To make the pastry cases, combine flour, salt and water in a large, clean mixing bowl. Rub the butter into the flour until it’s like a granular breadcrumb - but work quickly so it doesn’t get too hot. Pour in the water and mix with a knife, adding more water if it’s not moist enough. Wrap the dough in cling film and stick it in the fridge for half an hour.

Roll out the pastry to a thickness of around 2mm, and cut it out so it will cover your little pie tins. Push the dough into the tin with your fingers and spoon in the fruit mince. Cover with a star shape or lid with a hole.