Someone’s prayers have been answered – Pope Joan is now serving dinner on weeknights. 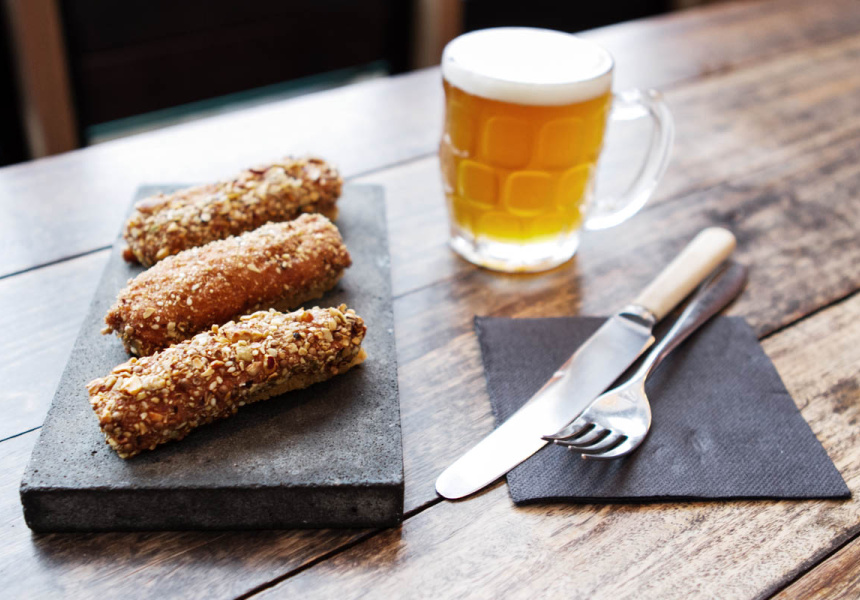 There’s something about Pope Joan's, timber laden interior – filled with kitchen appliances from another era – that evokes memories of sitting around your grandmother’s kitchen table, eagerly awaiting a home-cooked feast to emerge from the oven.

That familial, ‘home away from home’ sensibility might have been what was behind the Brunswick East neighbourhood’s want for the cafe to stay open right through until dinnertime. “Pope Joan is pretty much in the middle of nowhere,” says co-owner Matt Wilkinson. “There just isn’t much around here and a lot of locals had told me they’d come more often if dinner was served.”

By serving the evening meal, the Pope Joan team hopes to create something of a night-time community hub in this quiet pocked of Brunswick East, in much the same way that typical British pubs do.

Pope Joan’s evening menu will change regularly, but you can expect affordable, comforting dishes such as a chicken Kiev, a shepherd’s pie or a hearty salad.

While Saturday and Sunday evenings will be closed to the masses, Pope Joan will be willing to open the doors for private event bookings.

And there’s another change on the cards. With the extension of evening hours, the entire space at 77–79 Nicholson Street will now be known as Pope Joan. “We got sick of everyone calling The Bishop [of Ostia] ‘the Pope Joan bar’,” says Ben Foster, the other half of the Pope Joan clergy. “So we decided to send The Bishop on a sabbatical.”