Poke the Bear Opens in Northcote 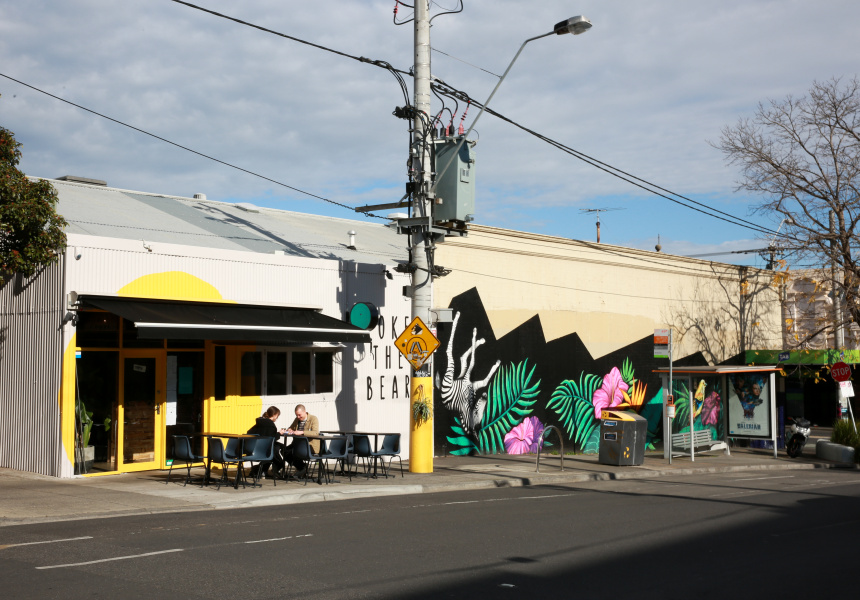 Ryan Cassidy wrote the menu for his new Northcote cafe, Poke the Bear, while soaking up some sun in Bali – somewhere he visits five or six times a year.

“I also made a ‘Bearamarama’ playlist while on holiday,” he says, so expect to hear tunes by Hot Chocolate and the Pet Shop Boys while you’re sipping your Wide Open Road coffee.

“Adele was tirelessly commuting between the north and south Radio Mexico restaurants as I was doing the same – working in the south and residing in the north,” says Cassidy. “It just made sense to do a handover of the shop.”

The Radio Mexico fit-out has mostly carried over to Poke the Bear with a few changes, including the addition of distressed plantation blinds and large rattan light fittings that Cassidy hopes give the space a Bali holiday vibe.

Knick-knacks collected over years from the Indonesian island are dotted throughout, such as miniature wooden drawers with a handle to crack the peppercorns and a polarising baby bunny ornament on the shelf above the bar.

“I purposefully bought this weird thing as a talking point and people either get it or are repulsed by it,” laughs Cassidy. “My friend told me, ‘your brand is like your sense of humour, so just go with it’. And I’m a smart-arse by nature.”

Hot drinks come with a little strip of paper printed with quirky words of wisdom and quotes. Ours? A quip by American writer Alexander Woollcott: “All the things I really like to do are either immoral, illegal, or fattening”.

Cassidy has jammed as many “poke” and “bear” puns and references into the menu as possible – Goldie Locks is porridge with cinnamon, buckwheat and Brazil nut crunch; Bear Minimum is two eggs on toast.

“Some are positively awful,” he says. “The Bear Grylls one though – that’s a goodie.” 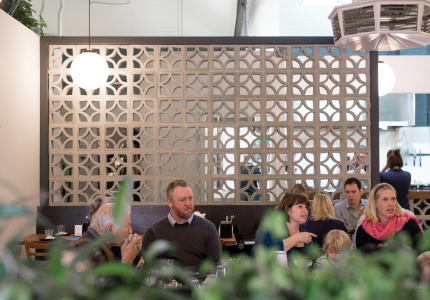