To add to the convoy of food trucks in Melbourne, New Orleans classics of po’ boys and gumbo are the next up to hit the streets. 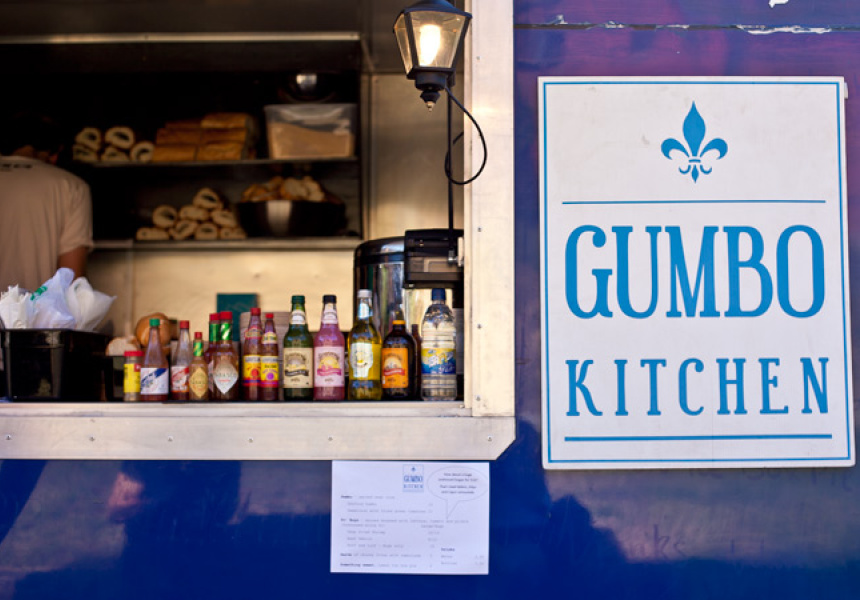 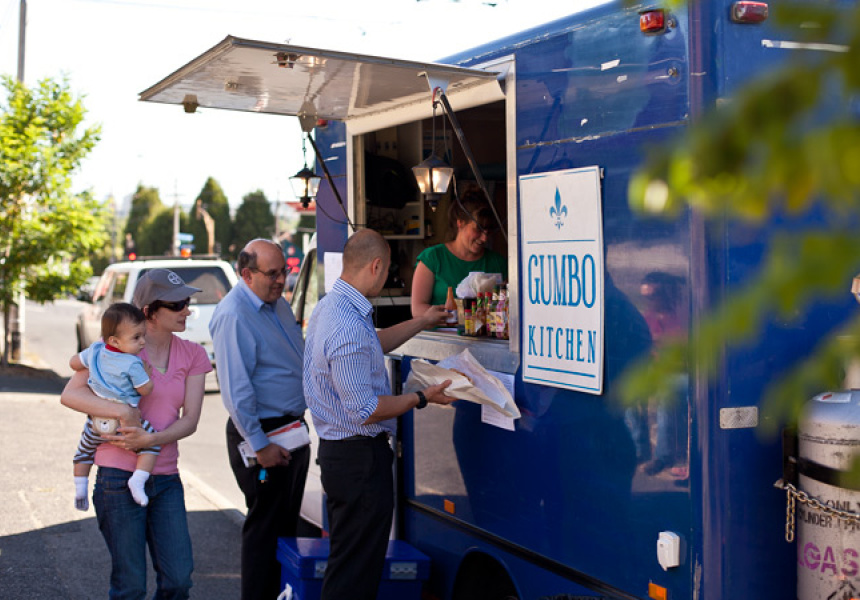 They say when one door closes, another one opens. In the case of the recently launched Gumbo Kitchen, the newest addition to the rapidly growing fleet of mobile food vans rumbling their way around Melbourne’s inner north, the door that closed was the bar of brother/sister team Michael and Genevieve Cotter Bar None, when a roof fire ripped through the place almost exactly a year ago.

But from that temporary setback for the Cotters (who now have Bar None back up and running, doling out cocktails to the Camberwell crowd), Michael, along with business partners Patricia Stanton and Elvin Ho created Gumbo Kitchen – a mobile food truck cruising the streets of Melbourne’s north, blaring New Orleans brass band jazz and serving up authentic Creole food.

The couple hit The Big Easy for six weeks late last year to collect authentic recipes from New Orleans chefs and capture the ethos of Creole culture, while simultaneously working to “consume as many po’ boy sandwiches as humanly possible.”

Po’ boys are a New Orleans classic: fluffy bread rolls stuffed with, in this case, everything from spiced, deep fried shrimp or oysters to ‘beef debris’ (shredded, slow cooked beef in a rich gravy topped with all the accoutrements). Both are already on high rotation and in hot demand among the Gumbo Kitchen’s growing coterie of fans, along with a ‘surf and turf’ combination of the two, hailed as the ultimate hangover cure on a Saturday or Sunday.

As the name suggests, they’re also serving an array of classic, southern-style Louisiana gumbo stews, featuring fresh seafood or chicken and smoky sausage cooked up with southern vegetables in a lively filé spice ground from the aromatic dried leaves of the sassafras tree.

A vegetarian option is generally also on offer while, at the sweet end of the spectrum, the ‘Lemon Ice Box Pie’ is odds-on to become a summer staple on more than one Melbourne menu.

Like the wildly successful Beatbox Kitchen, Taco Truck and most recently Le Sausage – along with Roy Choi’s now famous Kogi Korean BBQ trucks of Los Angeles, which largely inspired the modern mobile food movement – knowing where the Gumbo Kitchen crew will pop up next is all about social media.

Daily Facebook and Twitter posts give last minute lunch and/or dinner locations, while they’ll take up a Friday night residency of sorts at Lux Foundry in Brunswick, where you can get a cold beer with your southern fare from 5.30pm. It’s a luxury generally not afforded by the other food trucks around and one that seems appropriate for anything labelling itself ‘authentic N’Awleans’.

With similar flavours recently appearing at My Mexican Cousin, Creole cuisine could be snapping at the heels of recent hits of authentic Mexican and Argentinean grill.

Keep track of where they’ll be on Facebook and twitter, but for the moment this is their plan: 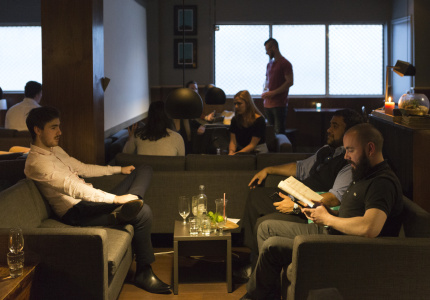