Inside the new luxury Ovolo hotel, it’s a symbol of the hotel group’s pledge to go meat-free for a year. Alongside celebrated chef Ian Curley, Martinez is serving Josper-fired peri-peri cauliflower, steamy tamales and blood sausage that might freak you out. “It was time for vegans to be the priority and everyone else to make the alterations.” 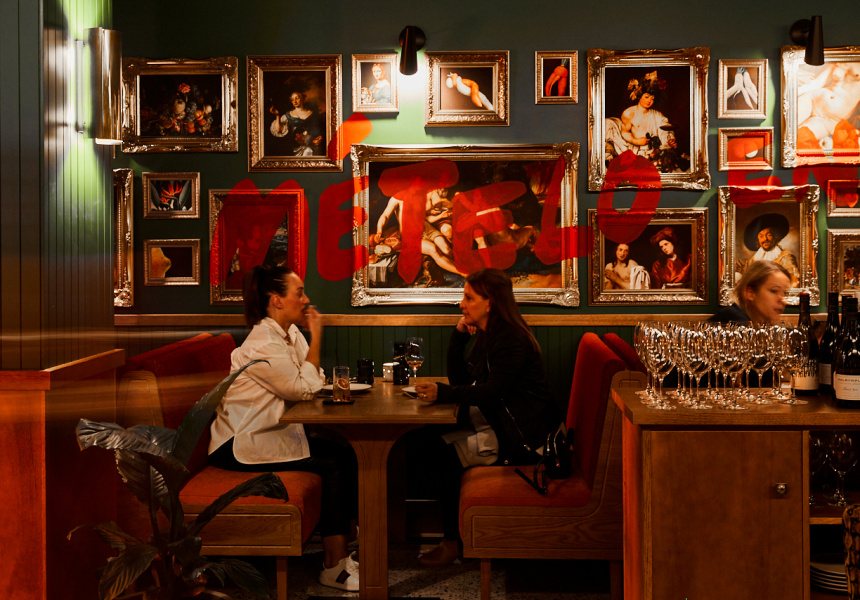 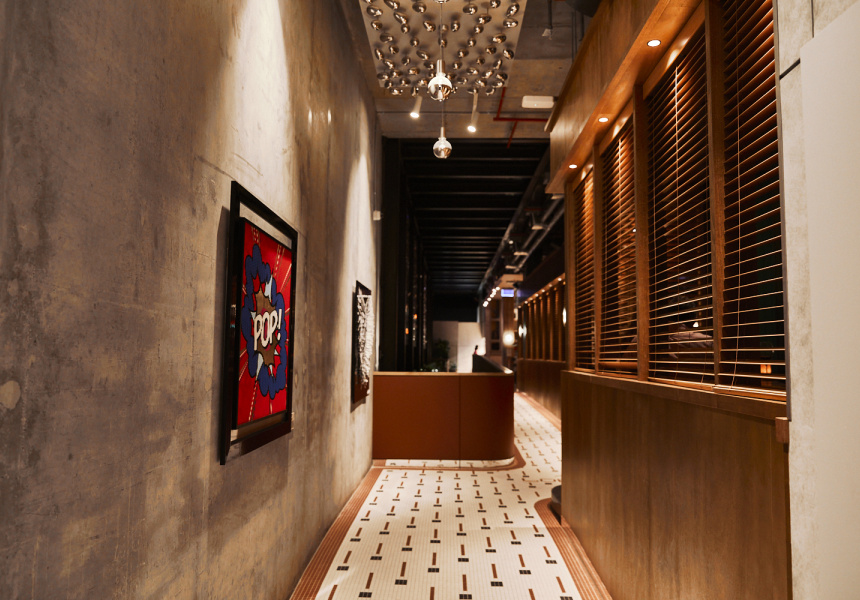 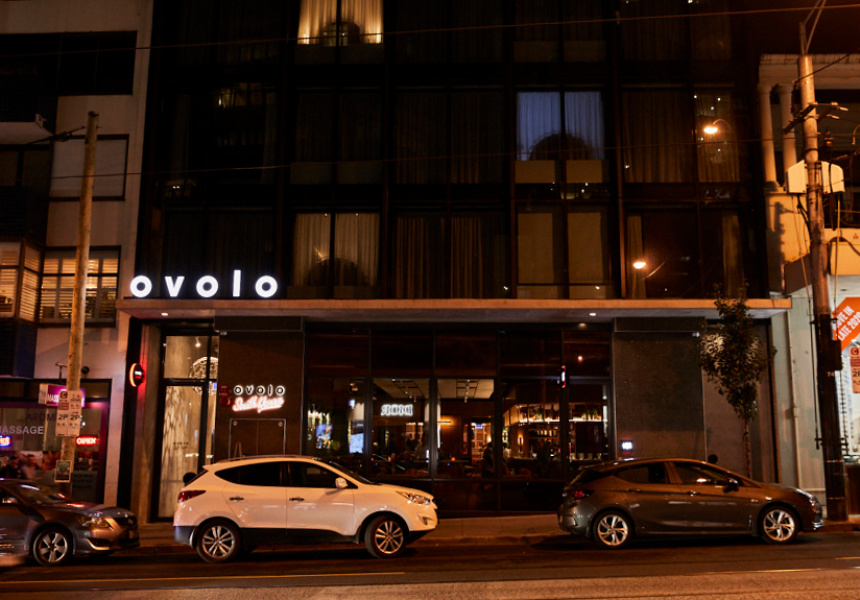 A trailblazer of Melbourne’s vegan scene (despite being a meat-eater herself), Shannon Martinez – the woman behind Smith & Daughters and Smith & Deli – isn’t one to shy away from a challenge. But Lona Misa may just be her most ambitious project yet.

The all-day, meat-free diner, at the front of South Yarra’s new luxury Ovolo, is a symbol of the hotel group’s pledge to go vegetarian across all of its Aussie hotels for 365 days from this October. “I’m so stoked they asked me to do this, ‘cause crazy shit like this is what I’m all about,” Martinez tells Broadsheet. “I think it’s really bold and cool and exciting.”

And you can sense that from the fit-out alone, a beautifully brash take on a mid-century bistro. Ornately framed Victorian-style art fills an entire wall – but graffitied in red across it are the words “mételo en la boca” (Spanish for “put it in your mouth”). There’s also a chequer-tiled floor, emerald-hued furniture and a dramatic rounded bar.

Martinez is helming the place alongside creative culinary partner Ian Curley, the lauded British-born, Melbourne-based chef and hospitality consultant. He’s the former European Group executive chef, behind Kirk’s Wine Bar and French Saloon (which recently transitioned from a restaurant to an events space).

The menu at Lona Misa is mostly Latin, drawing on both Martinez’s Spanish heritage and the Hispanic communities of New York and Los Angeles, where she lived on and off for around eight years. “That’s what formed a massive connection with Latin American food for me,” says Martinez. “It was pretty much all I ate there, so I learned a lot.”

Given the all-hours nature of hotel dining, the 90-seat Lona Misa is open from 6.30am right through to 11pm, morphing from cafe to dinner spot to wine bar. The dinner menu is the most extensive, though. It begins with punchy snacks and small plates: oyster-mushroom ceviche; tostadas with smoked watermelon and refried black beans; and baccalà fritters that do a good job mimicking the salty dried cod.

There’s also morcilla (Spanish blood sausage) served on crisp fried bread and topped with an egg yolk – all vegan, of course. The sausage is made in-house using beetroot, and reduced wine stands in for the blood, but eventually Martinez hopes to get a chemistry expert on board to help replicate the metallic taste of real blood using natural minerals.

“In my normal style of cooking, I tried to put a few dishes in there that freak people out a little bit,” she says. “That dish is a memory from my grandmother. Lucky she’s not still here to see what I’ve done with her recipes.”

But not all the dishes rely on mock meat. Thanks to the restaurant’s built-in charcoal Josper oven, Martinez has managed to imbue cauliflower (served with peri-peri sauce), broccoli, sweet potato and mushrooms with the same smoky char you’d expect on barbequed meats and fish. “For a vegan restaurant to have that is just wild,” she says.

Of all the Ovolo eateries, Lona Misa is only the second that’s entirely vegan, though some dishes can be made vegetarian (with cheese). “When you’re vegan, it’s like a buck extra for almond milk and two bucks for cheese,” says Martinez. “That’s rude. I thought it was time for vegans to be the priority and everyone else to make the alterations.”

The similarly plant-based breakfast menu includes huevos rancheros, a spiced-black-bean-packed burrito and “The Full Spanish” (with a wedge of tortilla). For dessert, there are rotating trays of veganised chocolate tarts, flan and rice pudding. Even the room-service menu is vegan, and the hotel’s in-room snacks will be soon. “I’ll be bringing stuff in from the deli to stock the little treat bags,” says Martinez.

Drinks-wise, find Latin-inspired cocktails such as a Pina Colada topped with plantain chips and the Rumba Caliente, a spicy, Margarita-like mix of jalapeno mezcal, habanero shrub and smoked watermelon (with black lava salt). Zero-proof options include kombucha on tap and non-boozy cocktails, available with or without a shot of Seedlip.