It’s high time the humble pizza had its own festival. As a pizza-crazy city, we’re surprised it’s taken this long to happen, but this week marks the start of Melbourne’s inaugural Pizza Festival. Over six weeks, you will have the pleasure of sampling your way around the city’s pizza places in a bid to decide which is Melbourne’s best.

Two days a week during the festival, a pizzeria will fling open its doors to those who consider themselves pizza savvy, offering a sample of their wares and asking them to rate the pizza, the service, the ambience and the overall experience.

Alongside the public, there’s a secret jury of chefs, journalists and members of the Italian community, eating at the venues and rating them too. At the end of the festival, an awards ceremony will bestow the title of Best Pizzeria.

Festival founder and organiser Matteo Rubbettino says that although there are prizes awarded, the festival isn’t really about competing. “It’s more about showing customers that there are different ways of making pizzas, different variables involved and getting them to reflect on them and to understand that what’s really important is the taste of the pizza, following an authentic way of doing it,” he says.

Two special non-competing guests, Fugazza and Panzerotti, have also been invited to join the festival to demonstrate their mastery of turning pizza dough into other types of Italian delicacies: Focaccia and Panzerotti.

All in all, it sounds like a good excuse to spend the next six weeks eating way too much pizza.

The Melbourne Pizza Festival runs from July 9 until August 12. Check the website for details. 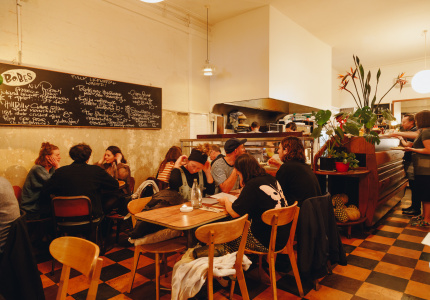