A Pinball and Whisky Bar for the CBD 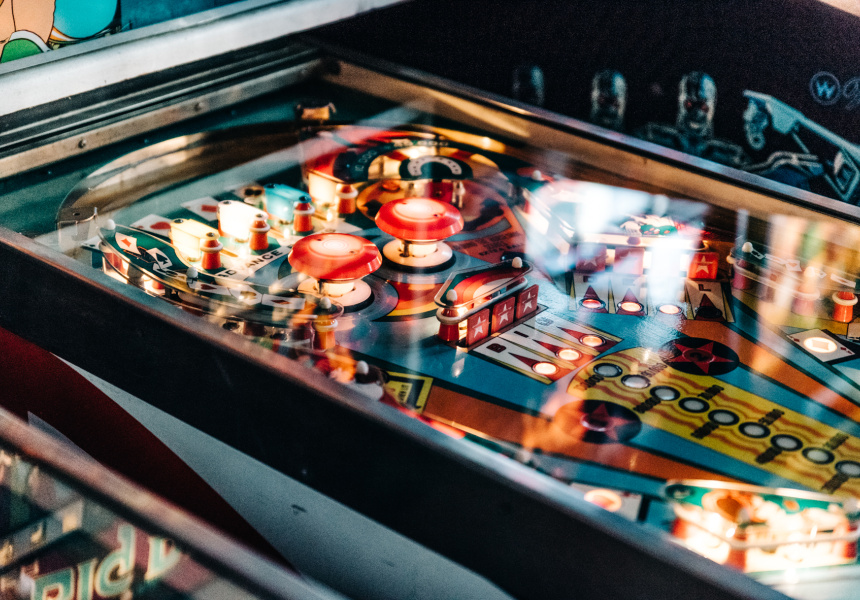 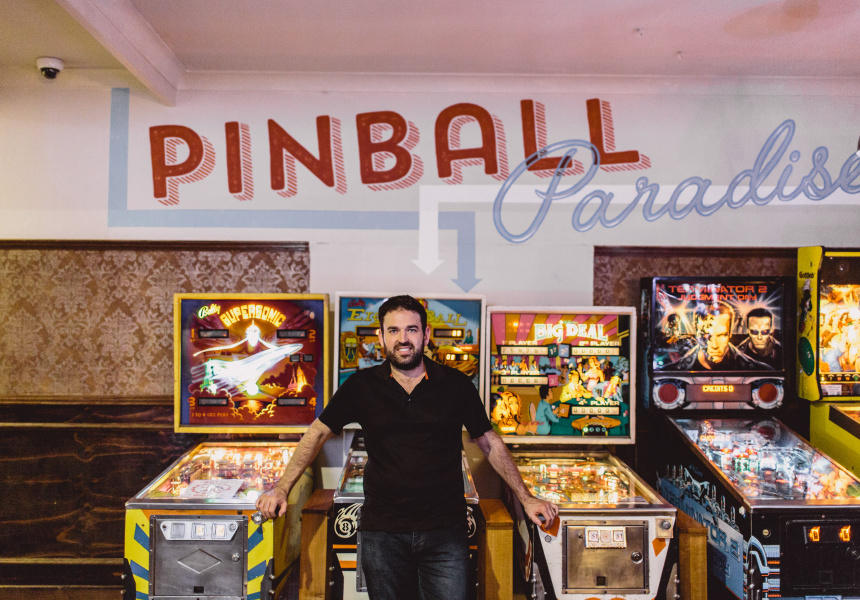 When you first enter Island Somewhere, a bar in the CBD, it seems like an average cocktail lounge. There are some nondescript couches and well-stocked shelves, but other than that, nothing much sets it apart. But push on one of the bookshelves and a secret passage is revealed. It leads you up a winding staircase to Australia’s first dedicated pinball and whisky bar, Pinball Paradise.

The bar only opened in December but it already lures regular “pinheads” who grab a drink and then head straight for the games to defend their impressively high scores.

Pinball Paradise is part owned by Josh Egan whose other venues – Bartronica (also in the CBD) and Ms Bartronica (in Geelong) – combine arcade games and cocktails. (He also owns Island Somewhere, downstairs.) “It’s a bit of a spin off,” he says laughing, realising his accidental pun. “We noticed there was a big resurgence in pinball – Australia is one of the biggest pinball-collector countries in the world.”

The bar is small but not cramped. It has a huge, retro-style “Pinball Paradise” sign painted on one wall by Melbourne artist Justine McAllister. One corner is taken up by a bar. All the remaining walls are lined with different pinball machines.

The owners have done their research; they’ve scoured the world to hunt down 17 very different machines, ranging from vintage pinballs to a Game of Thrones-themed limited-edition game that allows players to choose which “house” they’d like to play as. Egan explains that most of the machines come out of the US, but he has a friend who heads over to Europe to hunt out bargains on old, rare and unusual machines – then ships them over by the crate-load.

Two dollars buys you one game (or three balls). Each machine offers its own quirks – a Dirty Harry-themed machine has a gun in place of the ball-release spring – but two are particularly special. One is a rare 75th-anniversary Wizard of Oz game, which Egan believes to be the only publically playable one in Australia. The other is an original Star Wars pinball machine from 1992, complete with a bouncing R2D2.

You don’t have to be a pro, either – the bar hosts regular Learn to Play Pinball like a Rockstar nights.

This isn’t an arcade located within a bar; it has been thoughtfully designed to be both. Next to each machine is a low and narrow timber wedge where your drink can sit safely as you bump and flip.

The whisky selection is broad. There are Japanese options such as Suntory classics Hibiki and Yamazaki; DoubleWood and Ardbeg Scotch; and local bottles from Starward Whisky and Melbourne Moonshine. On Fridays during happy hour – aka Flippin' Fridays (4pm to 7pm) – a different feature whisky is offered at a discount.

So get drinking. And flipping. 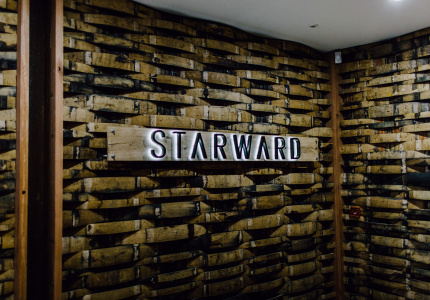