Pidapipo Starts Scooping in the South

Take a look inside the popular gelateria’s second store. 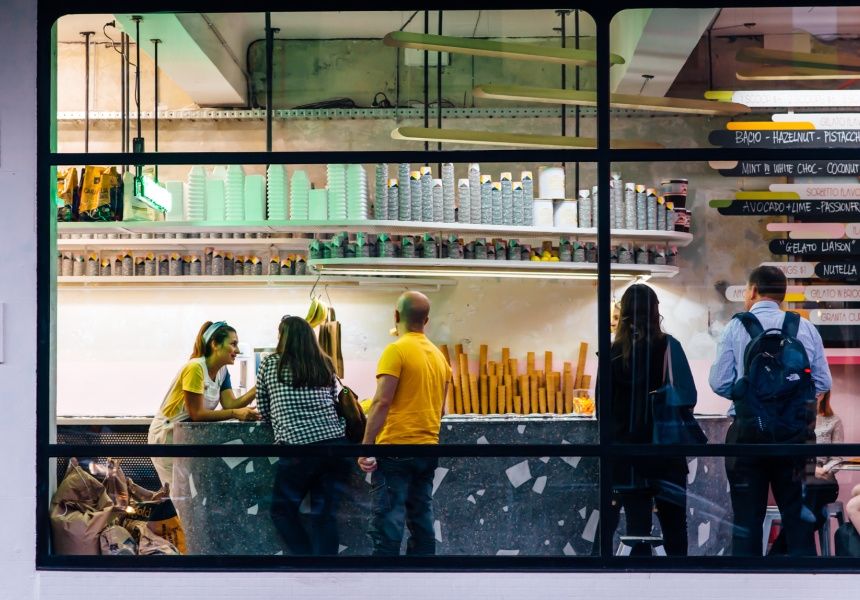 It was only a matter of time before Pidapipo opened a second store. The authentic Italian gelateria, based in Carlton’s Lygon Street, has had queues running out the door since it opened in December 2014.

Owner Lisa Valmorbida, who travelled to Italy to study at Carpigiano Gelato University (yes, there is such a thing as gelato university), and who spent time working in a gelateria in Vicenza, recognised the demand for a venue across the river.

“We picked Windsor because we have a lot of customers coming from this side of town to Carlton Pidapipo. There’s a lot happening in this area at the moment which we are pretty excited about, too,” says Valmorbida.

Distinct features of the Carlton store have been replicated at the new location. The recognisable pink neon sign illuminates the front window; there’s a traditional pozzeti display (silver gelato tins with lids to maintain freshness); and a Nutella tap. Flavour favourites such as the pistachio and the Nutella swirl appear as regulars on the menu. Five-or-so new flavours rotate on and off the colourful menu board.

“The main difference is the bigger kitchen space, which allows us to do more,” says Valmorbida. A large, open gelato laboratorio, with signage in eye-catching neon-green, allows customers to watch the gelato-making happen.

“I think it is really important for the customers to see that live production, so they know the effort that goes into everything. We don’t hide anything that we do, and we like our customers to see it all happening,” says Valmorbida.

So far, there are exciting combinations emerging from the lab. They include a creamy-yet-zingy avocado and lime flavour; an exotic banana and cardamom mix; and a saffron-risotto concoction (like a frozen rice pudding).

As I chat to Valmorbida, she’s just finished smashing a fresh batch of brownies from the new oven. They’re part of a chocolate experiment.

“Absolutely everything can now be made in-house, including biscuits, cakes, tarts and crumbles – all the stuff to help expand on our flavours,” says Valmorbida.

From today, a range of new gelato cakes will be available to order; including a spiced-pumpkin gelato tart, a banoffee pie and two renditions of a Bombe Alaska: raspberry and rose, and Bacio.

Melbourne-based designer Rabindra Naidoo (also behind Self Preservation and Whisky and Alement) incorporated traditional Italian design touches into the store. Hours of work went into the speckled floor and up the counter.

“We smashed up all this Carrara marble and individually glued each piece onto the floor, exactly where we wanted it. We then filled it in with the black terrazzo. It took ages, because we were so particular about where they went, but it’s been a real accomplishment. It’s one of my favourite parts of the store,” says Valmorbida. 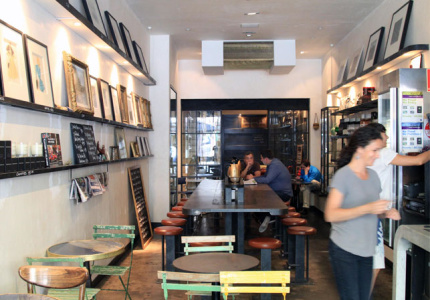