Melbourne’s newest gelateria allows punters to watch gelatisans at work and indulge in both traditional Italian and more modern flavours. 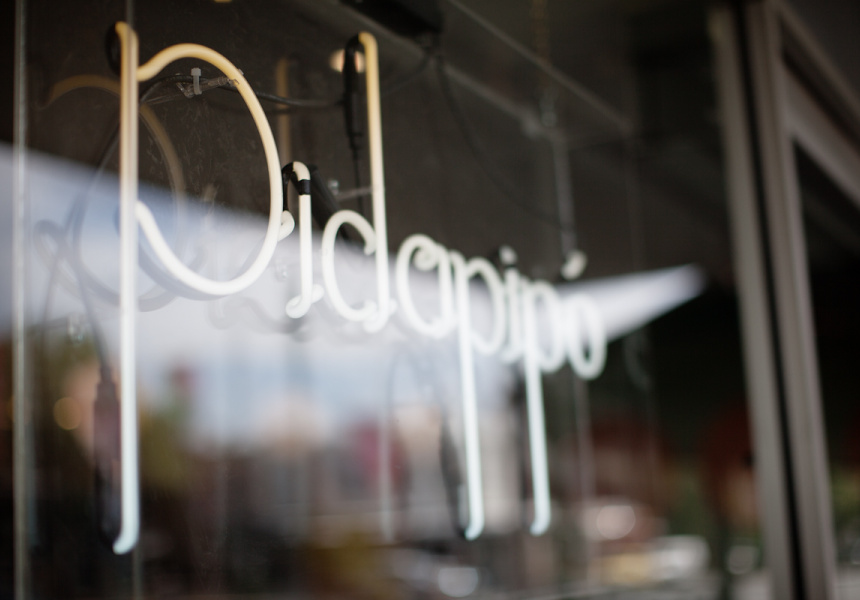 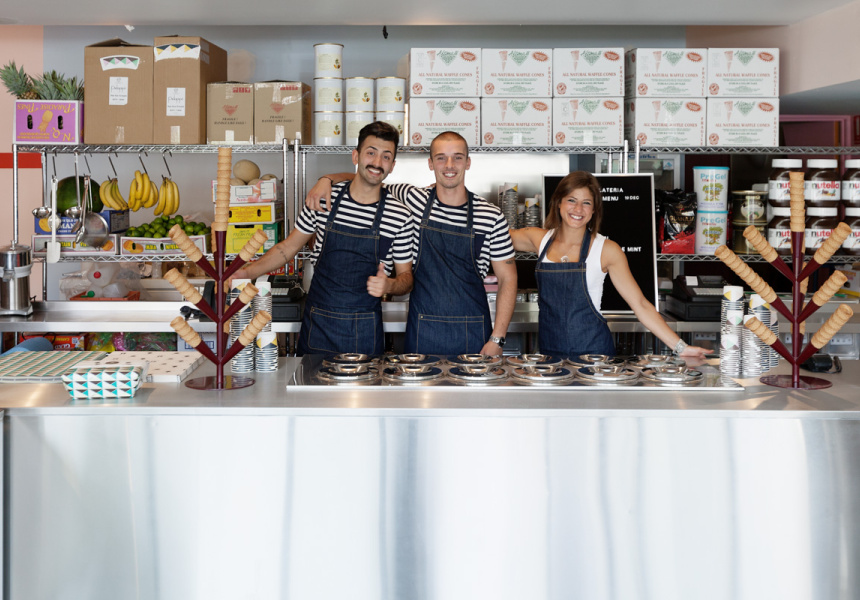 Ever thought about how gelato is actually made? Lisa Valmorbida spent a month learning the ropes at the Carpigiani Gelato University in Italy, and a season working in a gelateria in Vicenza, the village where her family is from, before returning to Melbourne to open her very own gelato store.

The gelateria, located on Faraday Street next to King & Godfree’s, will serve a combination of traditional Italian and experimental flavours of gelato, all made fresh daily.

The colourful interior has been designed by Tamsin Johnson, who commissioned local artist Esther Stewart to decorate the walls with vibrant geometric patterns reminiscent of the stuccoed houses in the Mediterranean.

Passersby and customers can watch Valmorbida concoct the frozen flavours from the front window, which the “lab” is situated behind. What you won’t see is the gelato itself.

Instead of being displayed behind glass in the way that we’re used to in Australia, the gelato flavours will be kept in covered pozettis, or under a lid. Valmorbida says this is how gelato is traditionally stored in Italy.

“The quality of the gelato is much better when the temperature is maintained and circulated precisely,” she says. “And you don’t have to add stabilisers to make it stand up.”

Pidapipó will serve traditional flavours like zabaglione, tiramisu, mint choc-chip, pistachio, hazelnut and chocolate. If you’re after something a little more experimental try the lavender and lemon sorbetto or the coconut rice pudding flavour with swirled rhubarb coulis, or the Aussie-inspired bush-wattle cream.

Dairy-free sorbetto flavours will be fruit-based, seasonal and completely fresh. “Everything will be made fresh daily,” says Valmorbida. “From fresh fruit, nothing will be frozen or packaged. We want to offer the true Italian experience, where the attention to detail is meticulous.”

The ice cream can be smothered with yummy toppings like whipped cream, chocolate sauce or Nutella, and is served in cones or cups. And you’d like to serve some alongside your Christmas pudding, there are 500mL and one-litre tubs for sale too.