A Welcoming, Family Run Trattoria in the City

After 19 years behind the counter at Pellegrini’s, Matt Picone has opened a pasta bar dedicated to his late father. 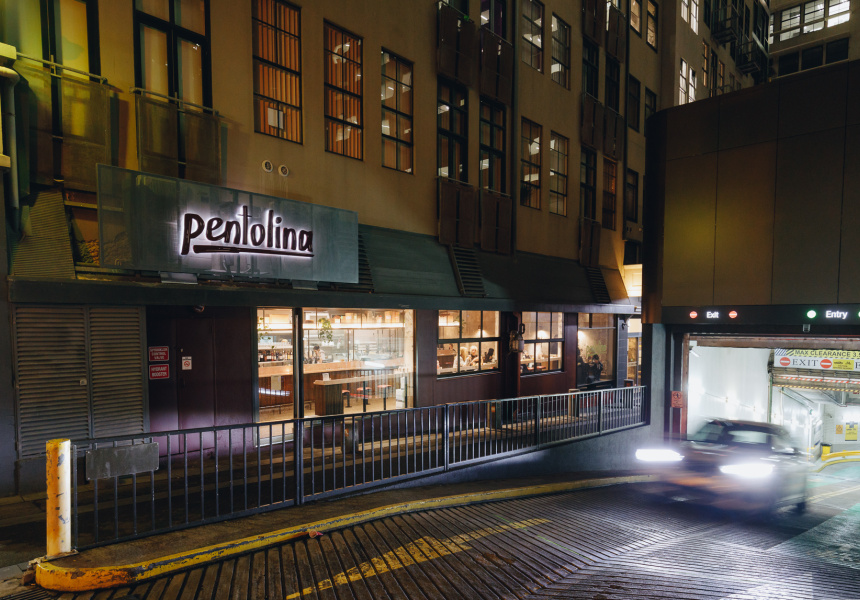 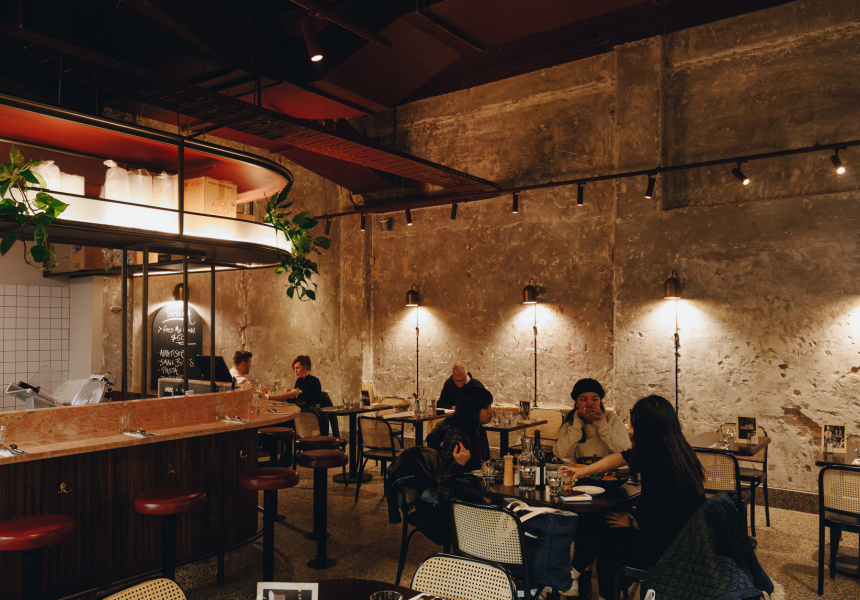 Stepping into Pentolina, the family influence is immediately clear.

“I realised it’s not something that one man can achieve on his own. It needs to be a full family effort,” says co-owner Julia Picone.

In the kitchen, Julia’s husband and business partner Matt Picone uses a pentolina (little saucepan) to mix sauce into homemade pasta. He welcomes many guests by name – an advantage of his 19 years as barista at Pellegrini’s. Perched at a table, their young son Alfie wolfs down chips.

The restaurant honours Matt’s late father Peter Picone, who emigrated from the Italian region of Puglia to Sydney in 1960, and whose picture can be found on the coasters and menus.

In 1994, Matt and his father opened a small takeaway joint in a shopping centre in Sydney’s southwest. It was called Picone’s Pasta Pronta.

Just before the store was due to open, Peter Picone was admitted to hospital. “I shit myself,” says Matt. “‘Dad, what am I going to do?’ And he said, ‘Matt, you know how to cook.’”

“We knew we wanted a traditional Italian pasta bar but updated for modern Melburnians. So, classic – but with a contemporary edge,” Julia says.

Food-wise, the essence of the menu is homemade pasta made using just two ingredients – durum-wheat semolina flour and water.

There’s spaghetti vongole (with clams), and conchiglie salsiccia (shell pasta with pork and fennel sausage) with crisp cauliflower and rosemary. Fettuccine Pentolina is a dish Matt invented for Christmas a few years ago. It comes with prawns, scallops and roe in a saffron cream sauce. Gluten-free pasta is available for $2 extra.

Antipasti might include a classic caprese salad, rice and Grana Padano croquettes and prosciutto with rock melon.

On the cocktail list you’ll find more Italian influences. Nonna’s Garden has a limoncello base with raspberries, vodka and mint. The Godfather is a blend of Monkey Shoulder scotch, amaretto, fresh lime and orange.

While menus are always distributed, Matt encourages customers to leave the ordering to him. “When you can go into a place and the waiter says, ‘leave it to me’ – you know you’re going to have something good.”

“That’s what I got used to at Pellegrini’s. I worked at the coffee machine right at the front door – people would come in and say, ‘Matt what’s good tonight? Give me it,’” he says. “I like that.”

This article first appeared on Broadsheet on July 26, 2018. Menu items may have changed since publication.