A Peruvian Detour at Pastuso

The team behind San Telmo has opened another South American restaurant. 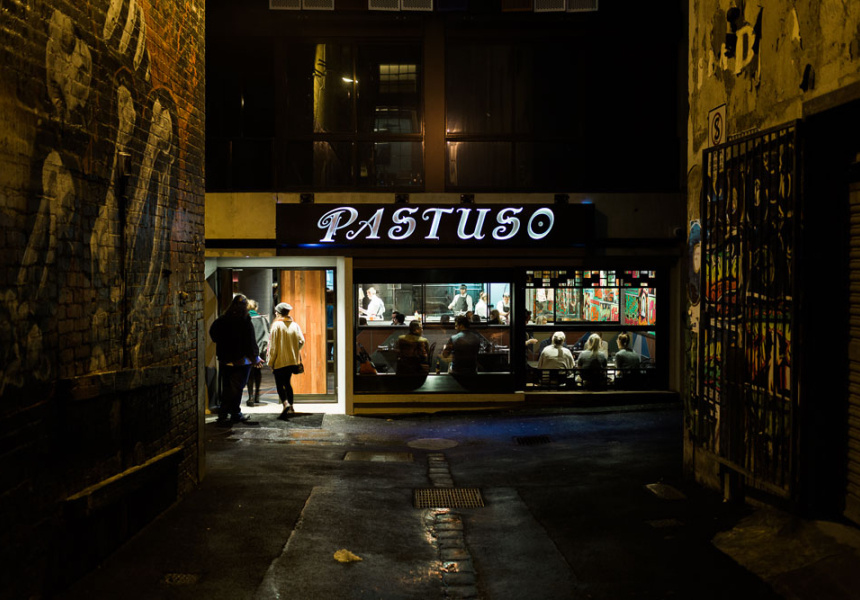 If Mi Peru D’Carmen and Piqueos haven’t convinced you Peruvian food has finally arrived in Melbourne, then Pastuso will.

Like San Telmo before it, Pastuso isn't borne of any desire to keep up with trends. Because Peruvian food is highly in vogue. In the country itself, there's a whole movement of young chefs intent on updating the dishes of old, while abroad, it's being praised by everyone from Spanish superchef Ferran Adria, to the Wall Street Journal.

Owner Dave Parker fell in love with the cuisine after living in South America for 18 months. His brother Michael, and the other owners at San Telmo; Jason and Renee McConnell, got on board after visiting him there. They're joined at Pastuso by chef and native Peruvian Alejandro Saravia (of Sydney's renowned Morena), and manager Ben Wood.

Where Argentinian fare is mostly about well-grilled meat, Peruvian has a lot more going on. “It's lighter and fresher,” Dave Parker says. “There are a lot more flavours.” The group is importing key ingredients such as aji peppers and black corn in order to keep things authentic.

Diners can watch the cooking process by sitting at the marble-clad grill or cevicheria. The former includes a huge iron cylinder (“cilindro”) for smoking skewered meats. The latter is dedicated to making five kinds of ceviche, or raw fish cured in citrus juices.

There's also a bar for pisco, the white grape brandy Peruvians drink in lieu of grappa and rakia. It's mostly consumed as a sour, mixed with lime juice and egg whites. Pastuso makes the best in town, thanks to its Peruvian bartender and his knack for replicating the taste of Peru's tiny, gumball-sized limes.

The fit-out by SMLWRLD is a riot of colourful, Inca-inspired floor tiles, contemporary neon posters, and melty, Dali-esque light fittings. It's a unique touch in a restaurant sure to be imitated in the name of keeping up with the Quispes (that's Peruvian for Joneses).