With a full traditional menu and tongue firmly in cheek, Frying Colours is sweeping up Korean food enthusiasts in Kensington and beyond. 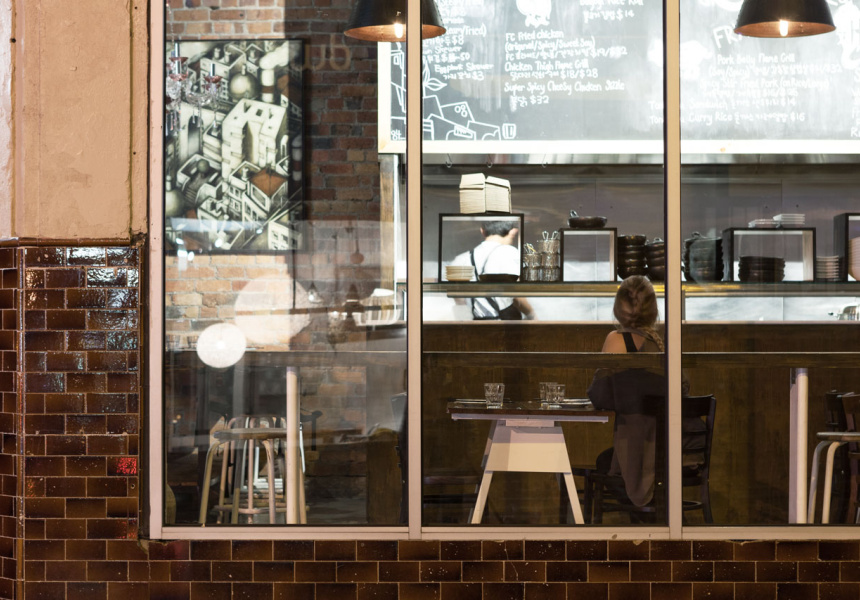 Lee and restaurant manager Adam Gibson want to stir things up in Kensington, hoping it will become a destination for a night out. With a strong set of cafes (such as The Premises and STREAT) already nearby, they decided to bring something different to the neighbourhood. “At night, people don’t have a lot of choice, and I thought this would be a great space,” says Lee.

Frying Colours presents authentic, traditional Korean cuisine, with a few deviations here and there. Meat-eaters can make a beeline for the FC fried chicken (in original, spicy or sweet soy) or the bulgogi burger. There are a handful of options for vegetarians including an eggplant salad and classic bibimbap. The homemade kimchi, which goes through a three-month fermentation process, is something Frying Colours is proud of.

Frying Colours has a great selection of booze covered too. “I love eating Korean food, but when it comes to drinks, it’s always soju (a white spirit from Korea),” Gibson says. “So I really wanted to emphasise a nice wine list built up with local wines. Soju lovers need not worry, however. It’s still served up straight, or in Frying Colours’ take on a gin and tonic. With a happy, buzzing atmosphere, Frying Colours is already proving a popular resident to the neighbourhood. 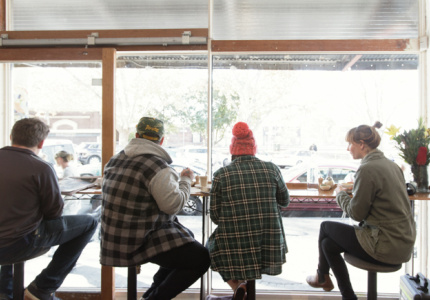