Cuban Tropicana at The Palm Royale

Palm trees, parrots and flamingos, and a whole lot of rum at this new Richmond bar. 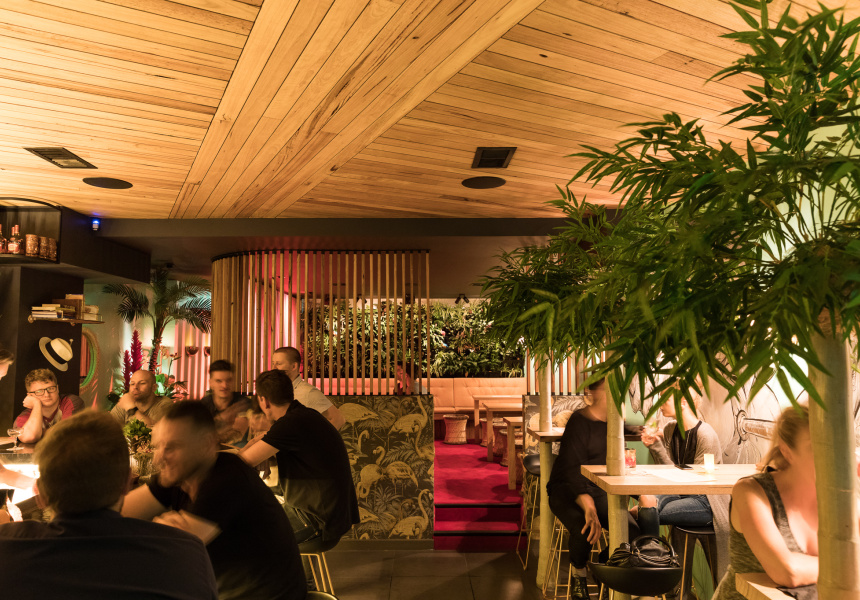 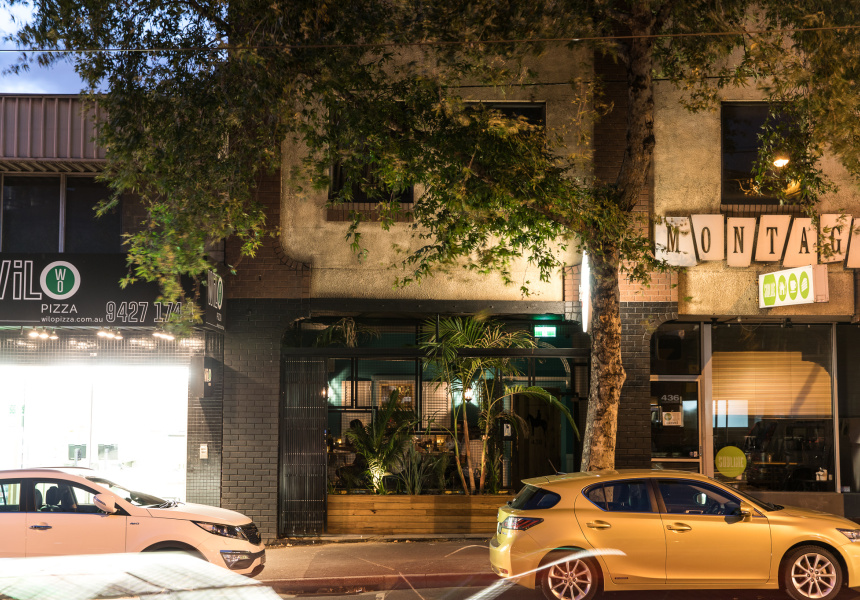 Adam Paurini and Ryan Simpson spent several months gutting the inside of 438 Church Street and kitting it out in a Cuban theme.

The team behind Jungle Boy and Boston Sub opened Caribbean-themed cocktail bar, The Palm Royale, in the former site of Matt Bax’s Der Raum, which then became Bar Economico and Bar Exuberante.

“We wanted to bring a lot of vibrancy and colour,” says Paurini. “Cuban culture is deep in history; we’re trying to channel that with the space and drinks.

“Ryan and I enjoy going into spaces that are a little bit different and quirky, but very comfortable to spend time in. We wanted that fun Cuban culture, but wanted to keep it modern.”

So there’s Cuban music playing, but not 100 per cent of the time, and definitely not later at night. There are palm trees, stuffed parrots and flamingos, but it feels contemporary – not crude – with bronze mirrors and architectural flourishes like the wood-panelled ceiling.

Dave Denton, who worked with Paurini and Simpson at Jungle Boy for three years, is in charge of the heavily rum-focused drinks menu, which features cocktails called The Cuban Missile Crisis, Suffering Bastard and El Presidente. But it’s not all rum.

“There will be about 350 bottles of spirits behind the bar once we’re finished,” Paurini says. “We’re still sourcing bits and bobs from overseas.”

Beer Cuba, and Red Stripe from Jamaica, are on tap, as are Negronis and coconut Cuba Libres.

There’s an outdoor area designed in the style of a typical Cuban garden, which also doubles as a smoking room so you can suck down a genuine Cuban (or Dominican Republican) cigar between drinks.