A Sunday-Only Bakery on Ovens Street 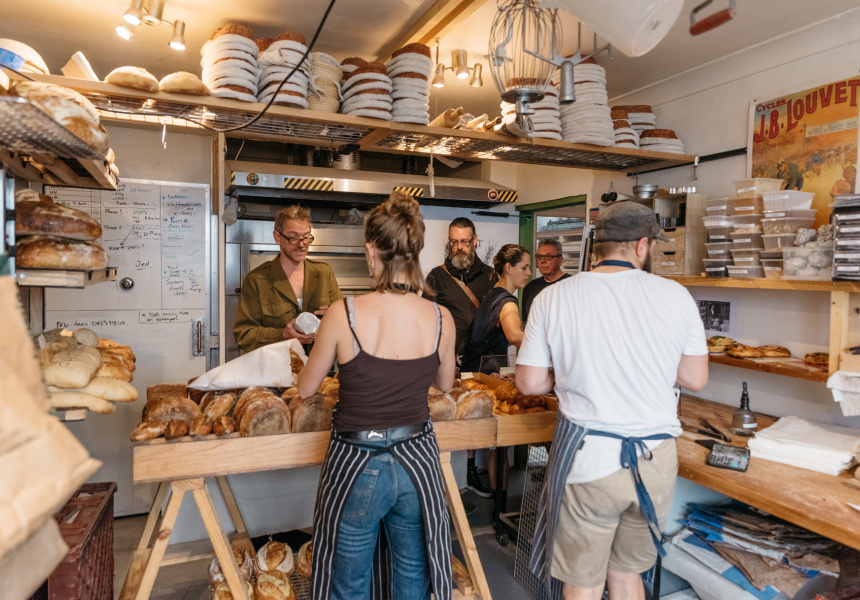 At first glance, Ovens Street looks like an industrial strip, with its resident panel beaters and mechanics. But look closer and you’ll find a florist, embroiderers, and shared artist studios. And since March it’s also been home to the rarely open, unassuming Ovens Street Bakery.

The bakery, owned by Pip Hayes, is only open to the public on Sundays. It operates out of a shop-fitting workshop that belongs to Hayes’s business partner.

"Out the front, where the bakery is – that was just an unused office," Hayes says. Before starting Ovens Street Hayes was the baker at, and part owner of, Wye River General Store. “Originally I was just thinking about doing doughnuts,“ he says. “Then I bought a second-hand deck oven and I thought, ‘Well, we’ve got to do bread now’. It all kind of happened organically."

Hayes offers a range of sourdough loaves including white, rye, polenta soy, linseed and a 1.5-kilogram miche loaf made with a combination of white, whole-wheat and rye flour.

“I always had an interest in food,” he says. “My mum’s side is Polish, so I grew up with lots of rye breads and different pastries. I started doing stuff at home, and I guess I got a bit obsessed with sourdough.”

He also makes croissants and a selection of pastries, including a rich polish doughnut called a pączek.

“Since I’ve been baking I’ve always done them – I grew up on them,” Hayes says.

Espresso and filter coffee is available from a cart outside the bakery, set up by Kines Cafe.

“The people coming in are locals, friends, and friends of friends – it’s quite social,” Hayes says. “That’s what I really like – getting to interact with people and sharing with the neighbourhood.”

For everything you need on Melbourne's best bakeries, make sure you track down our latest book, Broadsheet Melbourne Food. We crossed town to test every sourdough, taste each croissant and try enough charcuterie to know we're sharing not only Melbourne's greatest bakers, but our most remarkable delis, highest-quality grocers, freshest fishmongers, finest butchers, most interesting bottle shops and much more. Order here and get it delivered today. 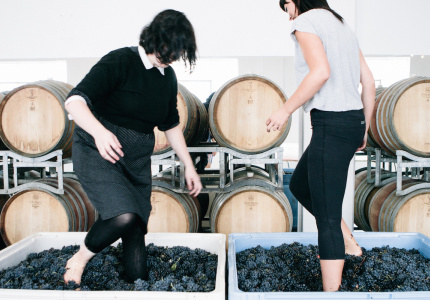