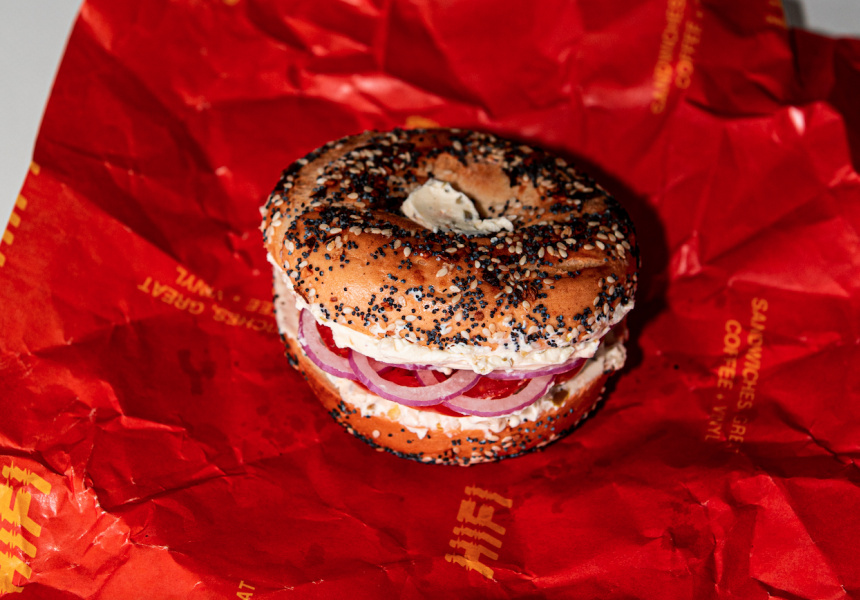 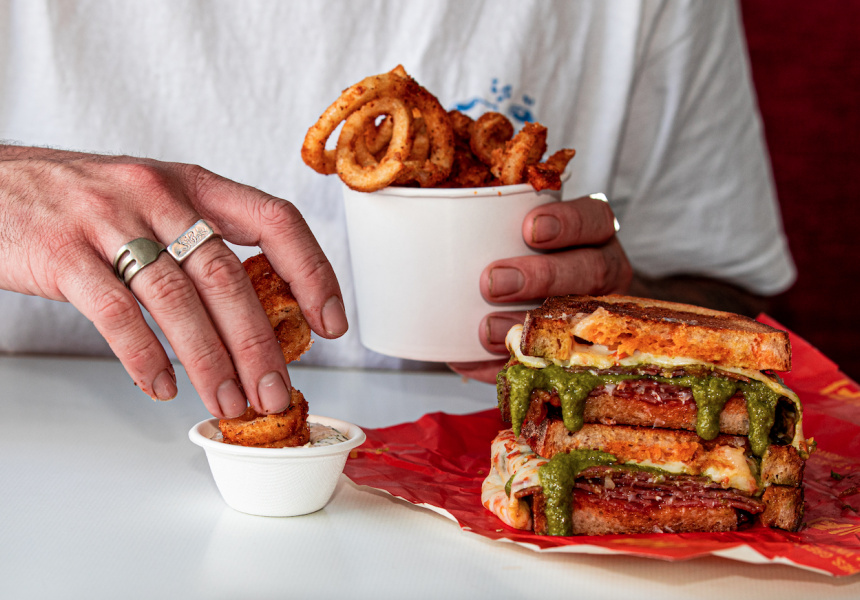 Kieran Spiteri and Ben Argentino – the current owners of Terror Twilight in Collingwood and Tinker in Northcote – are expanding their cafe stable.

On Thursday January 27 the pair will open Hi Fi, a takeaway-only neighbourhood deli on Smith Street, just around the corner from Terror Twilight. (Keep an eye out for the bold red-and-yellow branding courtesy of local graphic designer My Friend Tom.)

At Hi Fi (the cafe), find plenty of meaty options – including hulking Reubens and mortadella focaccias – created with the help of executive chef Dale Kemp. But that’s not all. The menu will also include ooey-gooey four-cheese toasties with French dip, nostalgic but fancy fish-finger sangas (made with panko-crumbed fish) and veg-loaded 5 & Dime bagels. Plus, stellar add-ons: crispy curly fries with Old Bay seasoning, and shakes (think salted caramel and ginger malt).

Beyond the edible – and in keeping with the name – Spiteri and Argentino will put their old-school record collection on show, spinning an eclectic mix of vinyl.

Hi Fi is opening at 316 Smith Street, Collingwood on Thursday January 27 at 9am. There’ll be free coffee all day to celebrate. 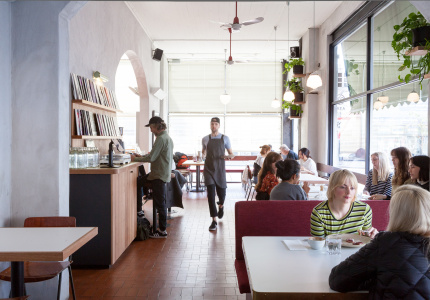 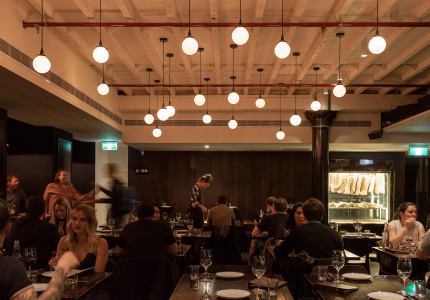