All of Daughter in Law’s long-weekend proceeds will go to staff on temporary visas who don’t qualify for welfare, many of whom have no other means of support. Pick-up sweet-spicy Indo-Chinese snacks, warming curries and fluffy naan, or get it all delivered free. 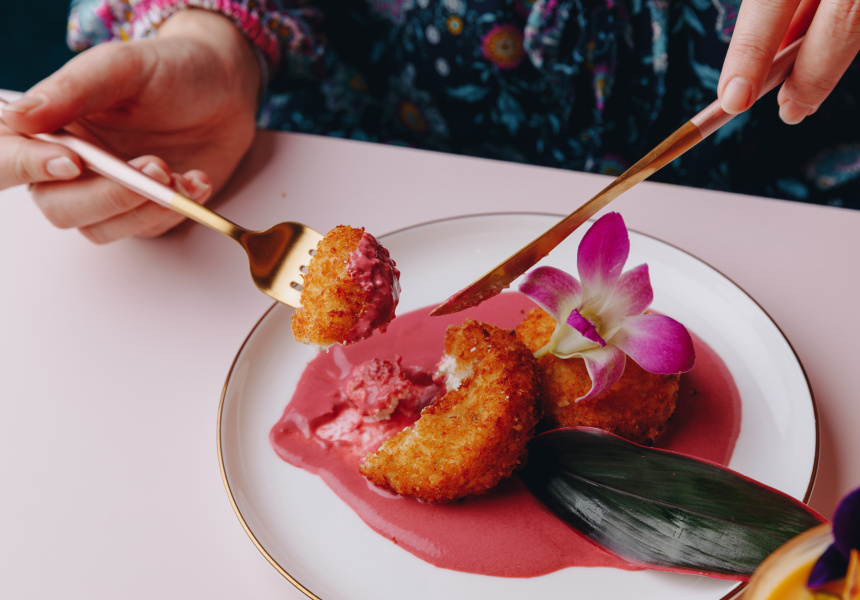 One of Melbourne’s favourite Indian diners, Daughter in Law, is open for takeaway and delivery for the entire Easter long weekend, which is good news.

But just over 60 per cent of the restaurant’s staff, as well as those at sister eatery Mrs Singh, are temporary visa holders. That means that even though they’ve either lost their jobs or had shifts significantly reduced, they don’t qualify for Jobseeker or Jobkeeper payments.

And, just like the thousands of temporary workers across the country affected by Covid-19, many can’t travel home (for some, Australia is their home), and have no other means of support.

Shane Barrett, who co-owns Daughter in Law and Mrs Singh along with restaurateur-chef Jessi Singh, recognises that his operation is only as good as its crew. So this Easter long weekend, he’s handing over the entire operation – and the profits – to staff from both restaurants who are on temporary visas.

“More than half of our staff are not eligible for any government support and now have no income,” Barrett says. “We’re very lucky to be in a position to help support them however we can, and to give the community the opportunity to do the same.”

Expect epic snacks such as Colonel Tso’s cauliflower – a sweet and spicy Indo-Chinese bite that’ll have you fighting your housemates for the last piece – along with Singh’s contentiously butter-free butter chicken, fragrant palak paneer (spinach curry with mild, milky cheese cubes) and a fiery lamb rogan josh, plus heaps of vegetarian options and piles of fluffy naan bread straight from the tandoor.

There’s also a 30 per cent discount on all menu items, and free wine with any pick-up order over $50.

So while you’re isolating like Jesus in the cave this Easter weekend, consider forgoing the traditional Sunday roast for a helping of excellent Indian for an excellent cause. It’s what the good Samaritan would’ve done.

Order online for pick-up from Daughter in Law, 37–41 Little Bourke Street, Melbourne, or free delivery within 10 kilometres of the restaurant. The 30 per cent discount has already been applied to online menus.