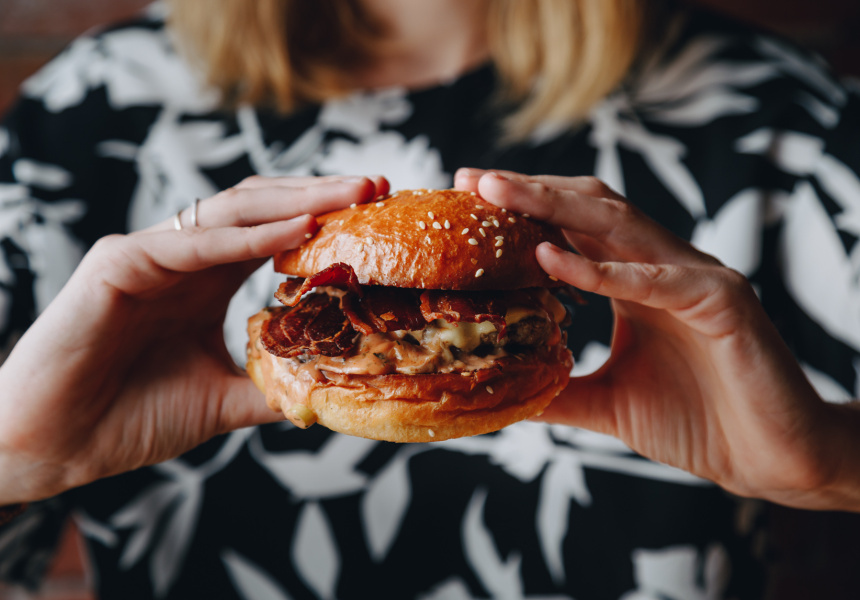 Look, it’s a good problem to have, but lockdown-takeaway indecision (LTI) is real. After this many months shut in, a takeaway deal has to be pretty darn special to cut through the noise.

Rockwell and Sons’s double patty smash burger, the ne plus ultra of burgers in Melbourne, is exactly that.

When the Australian-American eatery shut up shop on Smith Street last year, it was almost the equivalent of Michael Jordan retiring. But now its famous burger is back.

So what makes it so special? It starts with two smallish balls of minced brisket and chuck steak slapped onto the grill, which turns them into fragmented pikelets with plenty of ragged, caramelised edges. Once they’re nicely blackened, the patties hit a seeded bun with Kraft cheese and elbow-tickling amounts of a creamy, mayo-like sauce (that’s so popular it can now be found in a double-patty-smash-inspired pie at Falco, which succeeded Rockwell). All together, it’s a perfectly balanced umami bomb.

Instead of a ready-made burger, you can now get all the makings of it in a finish-at-home pack (with straightforward instructions). If you’re within five kilometres of Fitzroy you can pick up from Bar Liberty. If not, Meatsmith is delivering them across Melbourne.

Order pick-up from Bar Liberty here, or delivery from Meatsmith here from August 18.