The Rose in Fitzroy has transformed its shabby upper-deck into a new dining room, with a seasonal menu from ex-Rockpool chef Sam Pinzone. 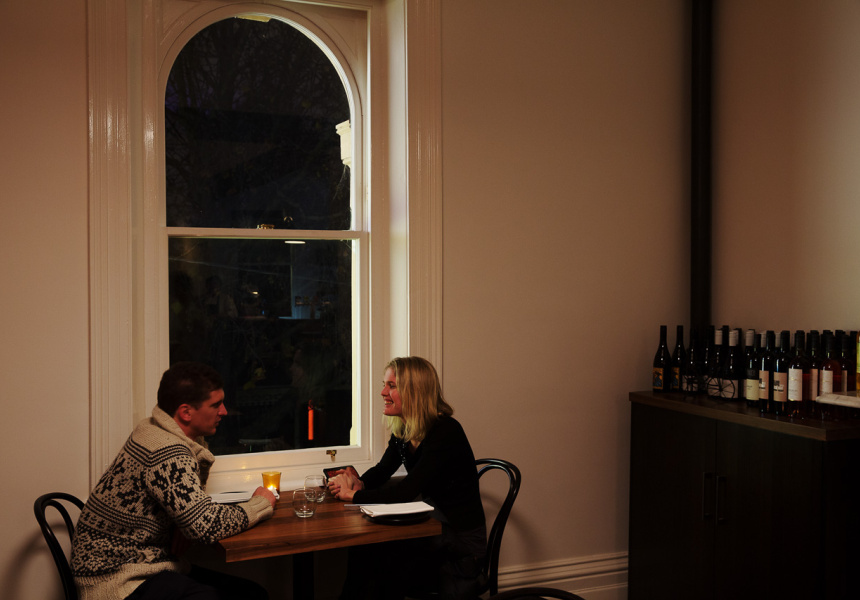 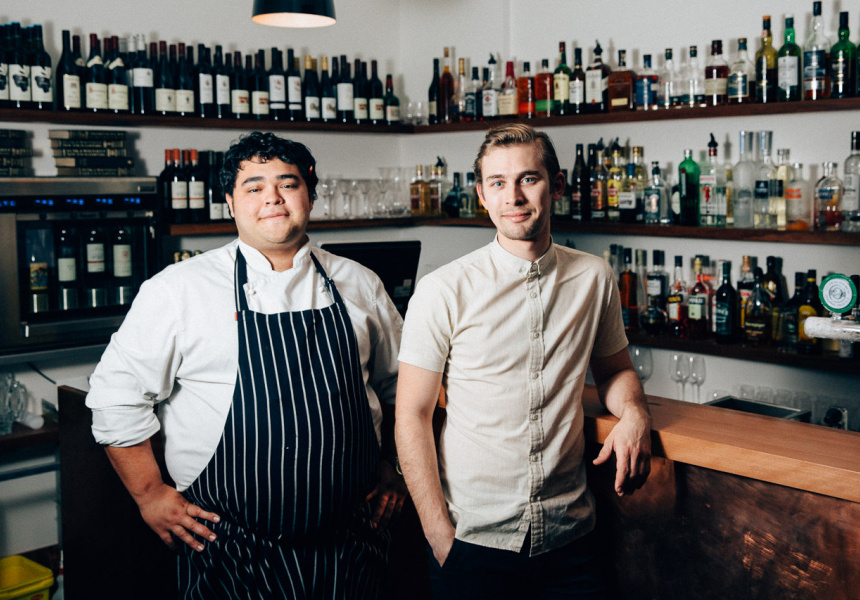 Fitzroy’s oldest pub has been given a new identity… well, half a new identity (and the top half at that). Unsurprisngly named The Rose Upstairs, the previously vacant space has been reimagined as a smart-yet-laid-back drinking and dining room, with an emphasis on wine and a produce-driven menu.

The Rose’s new owners bought the pub two years ago and chose to slowly plan the transformation of the upstairs space, doing much of the renovation work themselves. What was originally a shabby living quarters has been converted into a spacious, comfortable (almost lounge-room like) dining room adjoining a 30-seat terrace bar, which catches the afternoon sun. “The idea was to keep upstairs and downstairs as two completely separate venues,” explains Michael Quinn, the hotel’s current custodian. “We never wanted to change what downstairs was, and why would you? It’s your classic Fitzroy corner pub where you can get a great schnitzel and watch footy on the big screen. But at the same time we wanted to create a space for those locals like me who might prefer to sit with a glass of wine in a relaxed environment with the open fire going, away from all that.”

Catering to the two different crowds was a bit of a gamble, both having such different needs and expectations. So far though, the response has been positive. Winning the biggest number of local votes is the seasonal offering from head chef Sam Pinzone (ex Rockpool) who enjoys the flexibility of changing his menu one week to the next. The evening Broadsheet visited, a menu highlight included a dish of venison, leek, blueberries, cocoa, mustard leaves and cherries. Intrigued? The slight sweetness of the fruit component balances perfectly with the tenderness and savoury character of the meat in question.

Running the front-of-house and wine side is Marcus Radny, whose last stint as head sommelier at Vue de Monde seems to have polished his ability to create a wine list of subtlety and charm. Dotted amongst his list are the Quinn wines, which hail from the owner’s private vineyards in Sutton Grange, just south of Bendigo. These extremely small vineyards produce only minute quantities and currently the only place you’re able to try these wines is here in the dining room. “We want both our food menu and wine list to reflect organic, fresh principles while remaining affordable for locals,” says Marcus. This, basically sums up what the team is trying to drive. “It’s serious food without all the stuffy formality you often associate with that.”

And all in the (upstairs) comfort of your local pub.