Melbourne’s Kalimera Souvlaki Art just got one hell of a name drop. 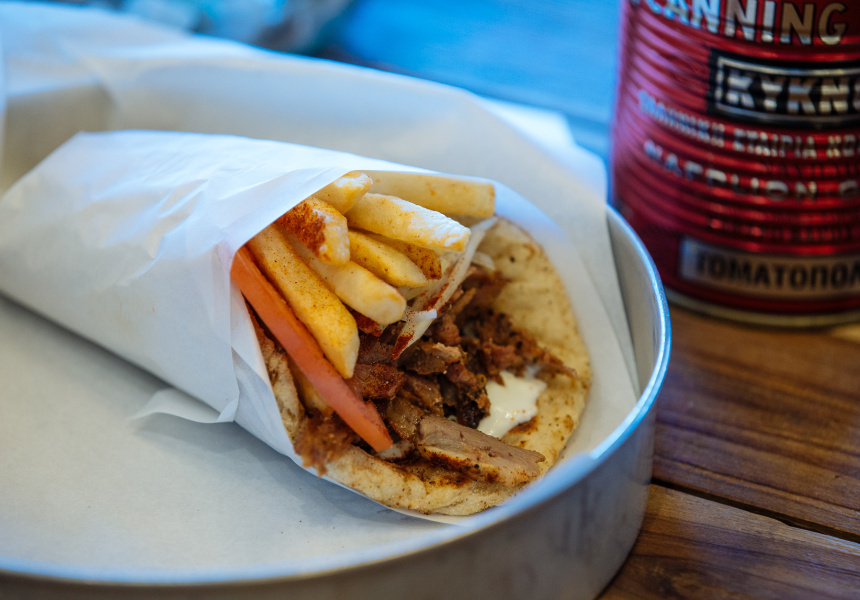 Instead, the object of his affection comes from somewhere less well known: Kalimera Souvlaki Art in Oakleigh.

The Melbourne spot makes a pork gyro so good that Shewry himself has already waxed lyrical about it, once saying he would be “happy to eat that until the day I die”.

As for Sifton, he described his discovery like so: “The dish was as marvellous and strange to me as a wallaby or a kangaroo. Imagine not knowing about strawberry ice cream, then eating your first bite.

“There was a rich oregano flavor to the meat and a rush of lemon acidity on top of it, set off with a dusting of paprika and the salty char of the rotisserie.”

The high praise was certainly a surprise for Thomas Deliopoulos (owner and chef at Kalimera Souvlaki) whose wife Sylvia woke him in the middle of the night to tell him about Sifton’s New York Times piece.

But if one considers what Sifton cites as the dish’s best traits – that it’s made as authentically as possible, with the best ingredients available – it makes a whole lot of sense.

This is not the first time the New York Times has put its spotlight on one of Melbourne’s best: last year it asked if Lune’s cult croissants were the best in the world.

Sifton was so taken by the gyros that he painstakingly recreated it in his own kitchen when he got home to the States, serving it to guests again and again to get it as close to the real thing as possible. His take on the recipe is included in the article.

The home of the original, Kalimera Souvlaki, is part of a new guard of restaurants in Oakleigh – that is, new compared to the tavernas and cake shops that’ve been there for decades – which combine tradition with a modern sensibility. It opened five years ago, when Deliopoulos moved from Greece to Melbourne.

“What Melbourne was missing was somewhere serving pork gyro, from the north of Greece,” says Sylvia Gabriel, Deliopoulos’ wife and Kalimera’s co-owner. “People were pretty negative when we rented the first small space in Oakleigh. Australians didn’t like pork, there were so many souvlaki places already. People told us to forget about it.”

But Kalimera, with its insistence on using the best ingredients possible, fits in well in Melbourne’s dining marketplace. Deliopoulos only uses oregano imported from Greece, and all other ingredients are locally sourced.

And the focus remains on the authenticity of the recipes.

“We hoped that, if we put faith and passion into our dishes, that people would respond,” Gabriel says. “And, of course, my husband is very talented. He is a very good chef.”