The patisserie has created a trio of limited-edition macarons to welcome the sweetest of ballets. 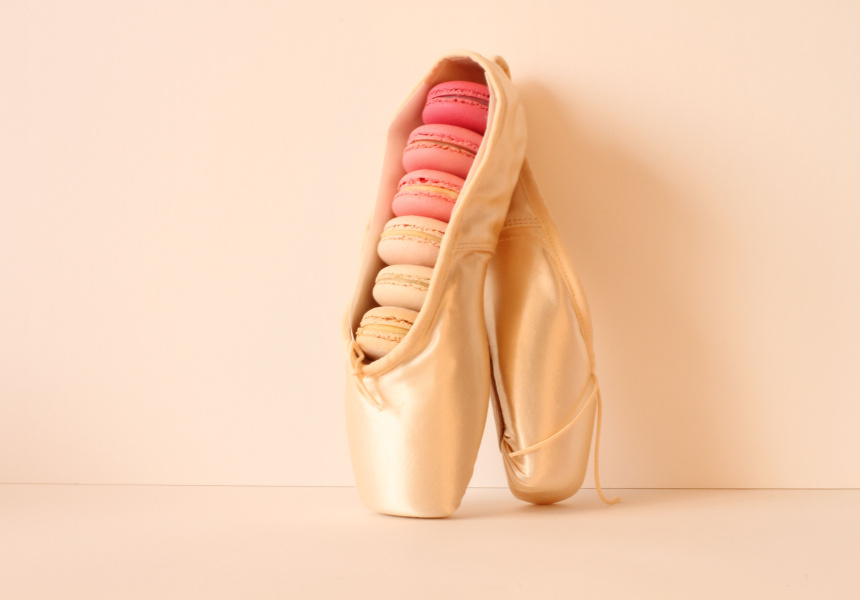 As far as ballets go, The Nutcracker might be the most delicious. The whole stage transforms into a sweet-scape, with dances in ode to chocolate, coffee and tea. But for those who want more than a feast for the eyes, The Australian Ballet has collaborated with French patisserie La Belle Miette. It has created three limited-edition macarons inspired by the production that will finish its 2014 season.

“I’ll probably go the Nutcracker Chocolat,” says Australian Ballet dancer Dimity Azoury, having eyed off its caramelised, cracked peanuts over rich chocolate crème patisserie, “I’m a chocolate girl.” She’ll be dressed, however, as the inspiration for the Sugar Plum Fairy (a macaron with lemon-bathed sugar-plum blueberries on a light vanilla crème patissière), when she appears at La Belle Miette on Collins Street this week.

“I’m not actually the Sugar Plum Fairy in the production, so it’s exciting for me to wear the spectacular tutu.” It’s a $10,000 Swarovski crystal-riddled one at that. And while Dimity’s not playing this principle role, you’ll see her as pretty much everything else. “I’m a flower, snowflake, Spanish dancer … ” she says. “It’s just a really magical ballet, we all enjoy performing it.”

The Tea & Biscuits macaron, with earl grey-infused crème patissière and crisp orange ‘tuile tutu’ rounds out the mouth-watering ménage à trois, available at La Belle Miette city stores on Thursdays and Fridays while The Nutcracker is on stage.

The limited-edition macarons are available in La Belle Miette’s city stores from 11.30am onwards on Thursdays and Fridays.

The Nutcracker plays at Arts Centre Melbourne from September 12 to 25.
australianballet.com.au