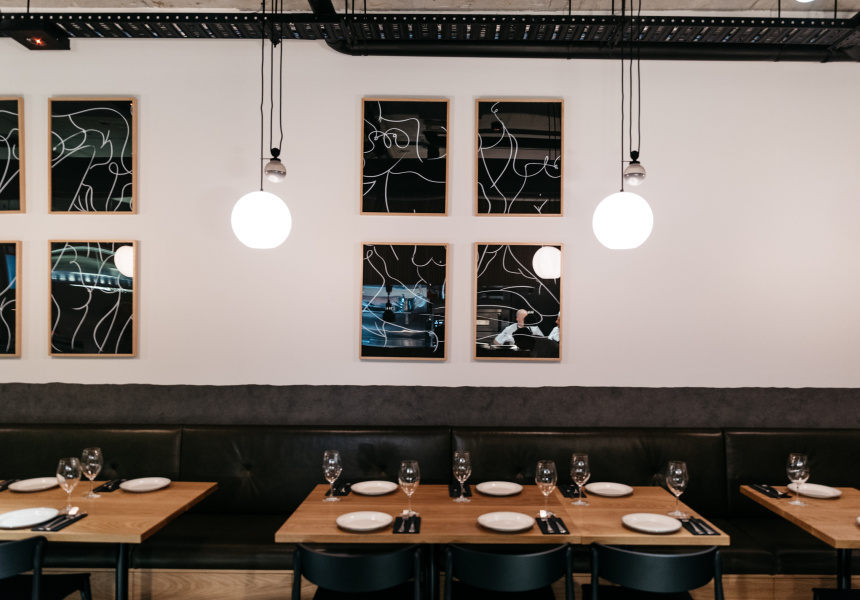 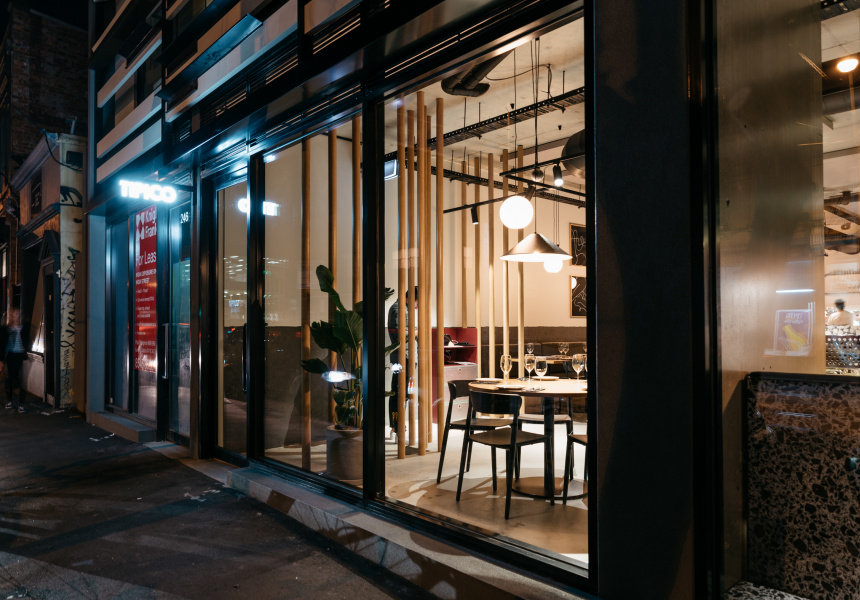 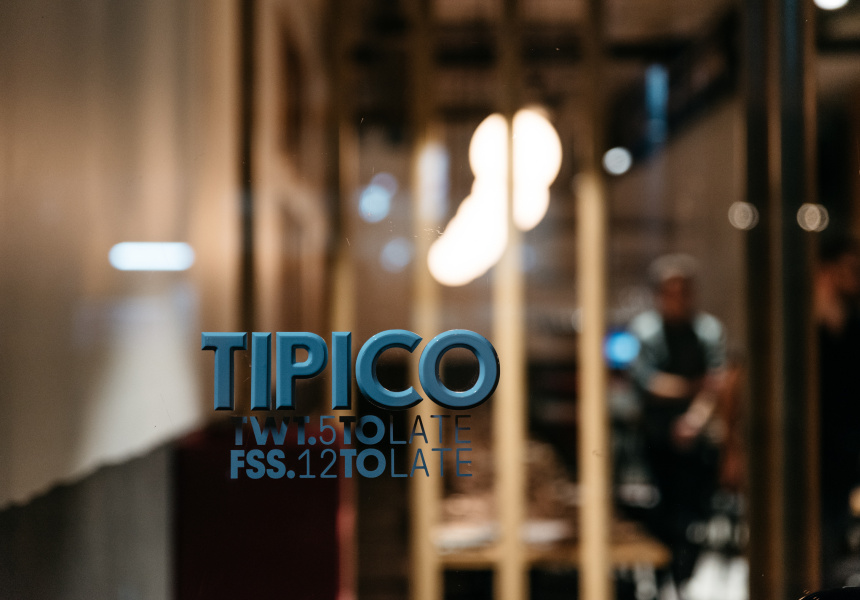 As Andrea Da Como’s (D.O.C., Baby, Builders Arms Hotel) fiancée shopped in Milan, Italy’s fashion capital, he made use of the time by exploring the city’s restaurant scene. It was when Da Como stepped into Dry – a polished pizza and cocktail bar – he came up with the idea for Tipico, the new modern Italian restaurant he’s opened in Windsor with Marco Scalisi (Ti Amo, Swillhouse Group, Tokyo Tina).

“All the other classic Italian places with the red-and-white tablecloths – that’s the old style,” he tells Broadsheet. “If you go to Milan, Verona, Venice, the Italian restaurants are like [Dry]… modern, contemporary.”

Da Como and Scalisi began planning the Windsor bistro in May last year. The modern industrial space was put together by interior designer Stephanie Korolija (Studio Ole), also a good friend of Da Como’s. Wood panelling encases the kitchen and in the window is a neon sculpture by London artist Meg Abbott, who’s also responsible for the line-based artwork adorning the walls. Da Como describes these abstract female nudes as “cheeky [without] being explicit”.

In another twist, the bar is made from terrazzo concrete typically found on the floor in traditional Italian homes. “When you go to your nonna’s house, what’s the floor like?” Da Camo jokes.

He says Tipico is a “typical [but] atypical Italian restaurant.” It’s why the signage and wine-glass watermarks and logo play in different directions.

On the menu you’ll still find classics but with subtle twists and modern plating, such as the Fiore di Burrata – an updated caprese salad with three small burratas (buffalo-milk cheese), roasted tomatoes and basil pesto. And the menu is still anchored with traditional pasta and pizza. “The pizza is not Neapolitan style. It’s … Roman but with a bit more of a crust on the side,” Da Como says. “I like a pizza when it’s crisp.”

Other menu highlights by head chef Domenic De Marco include the zucchini parmigiana, kingfish crudo and the prosciutto tigella – a piadina-style flat bread from the Italian city of Modena. Seafood is sourced from Ocean Made and cheese from La Latteria, the mozzarella laboratory from That’s Amore Cheese founder Giorgio Linguanti.

When it comes to wine, reds from Italy’s Piedmont and Abruzzo regions and whites from Veneto and Sicily are imported by Trembath and Taylor, Mezzanine Wine and Winestock. The cocktail list features the Venice Sunset with Aperol, gin and ruby grapefruit, and the Milano Sour, that’s served with a whisky-infused panettone.

“We want to be a trattoria but represent the modern Italians coming to Australia now.” 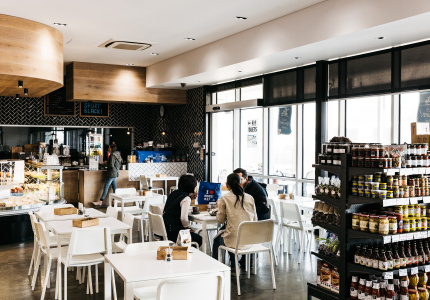 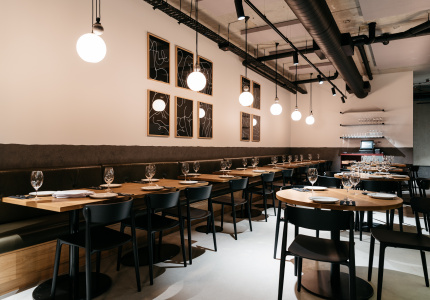 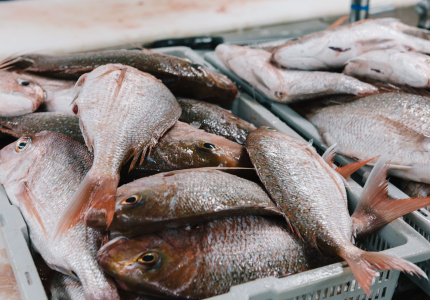 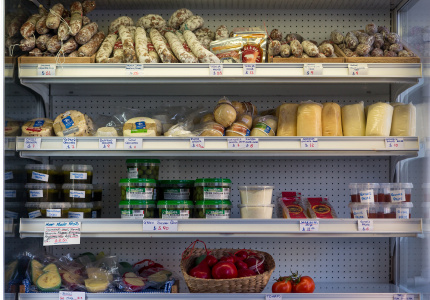