Grab a tray, shuffle along and be served big brekkies, wholesome salads and hearty roasts from the meat-free carvery. It’s part one of her huge vegan hub, which will soon also house Smith & Daughters 2.0. 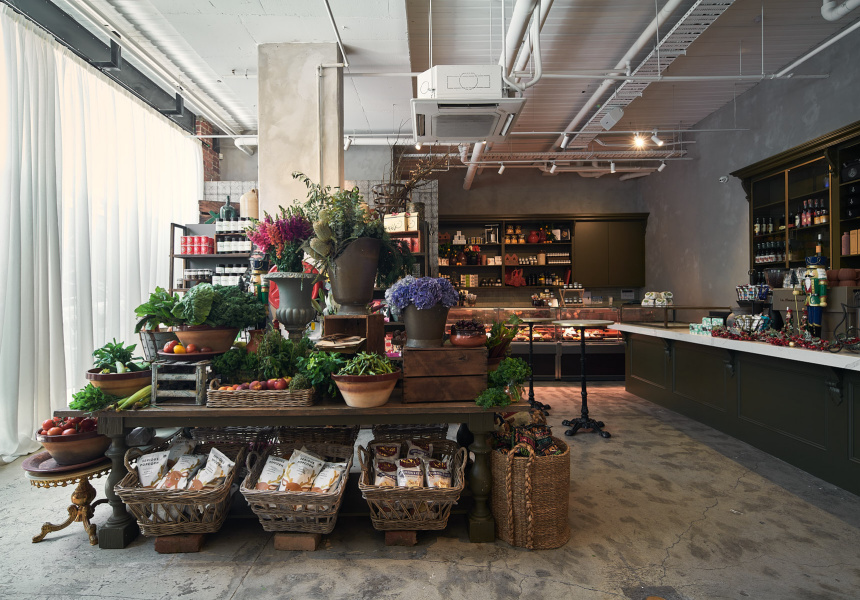 There’s been much anticipation among meat-averse (and also meat-loving) Melburnians, but Shannon Martinez has finally opened part of her massive new vegan dining hall in Collingwood – the new home of Smith & Daughters and Smith & Deli. Though the relocated restaurant won’t open until early next year, the deli is back – and better than ever.

For one, you can dine in, which is something its pint-sized predecessor didn’t allow for. But it’s also got a cafeteria-style station, which is somewhat of a rarity in Australia.

“No one does it here,” Martinez says – though that wasn’t always the case: “Myer used to have a big food hall in the late ’80s, early ’90s that was that style of service.”

She’s kitted out a long, wraparound counter with a purpose-built induction cooktop brought in from the US. Each day, it’ll be stocked with assorted enamel pots filled with turkey pot pie, roast beef “with all the trimmings”, French dip, Sri Lankan vegetable curry or whatever else she feels like making. All vegan, obviously, though Martinez guarantees “there will always be one all-vegetable main for people who don’t like mock meat”.

You just grab a tray, shuffle along and be served whatever you like.

In the cold section, expect salads like caesar, potato and bacon, and chargrilled broccoli and cauliflower with chimichurri. And there’ll be half a dozen daily desserts, ranging from single-serve trifles and Ferrero Rocher brownies to slices of cherry-crumble pie.

To drink, there’s tap wine, beer and a Strangelove soda machine with three flavours that’ll rotate seasonally; for now you can sip on yuzu, ginger ale or cloudy pear.

In the morning, you’ll find all the makings of a big brekkie – vegan style – including breakfast sausages, tofu scramble, hash browns, roasted tomatoes and more. Or build your own continental breakfast with fruit salad, yoghurt parfaits and breakfast muffins.

Beyond the cafeteria, there’s a retail area with plant-based pantry items, produce from Northside Fruit & Veg, and bread and baked goods from To Be Frank and GF Desserts. There’s also an all-vegan deli (of course) and carvery stocking Martinez’s house-made cold-cuts, sausages, cheeses and take-home meals.

Plus, a slightly limited range of made-to-order sandwiches. “We’ve reduced the sandwich menu by half, just because we’ve added a fucking restaurant,” she says. That said, find old favourites alongside new additions like chicken-salad sandwiches, meatball subs and sauced-up American-style Reubens.

Meanwhile, the marble display case on the shop’s back counter will always be lined with an array of vegan sweets. While the offering will change, you might find strawberry-glazed doughnuts, almond croissants, lemon-cream cannoli and dark-chocolate tahini cookies.

Hours:
Tue to Sun 7am–8.30pm (until the restaurant opens early next year)