Now Open: A Quiet Wine Nook in the West 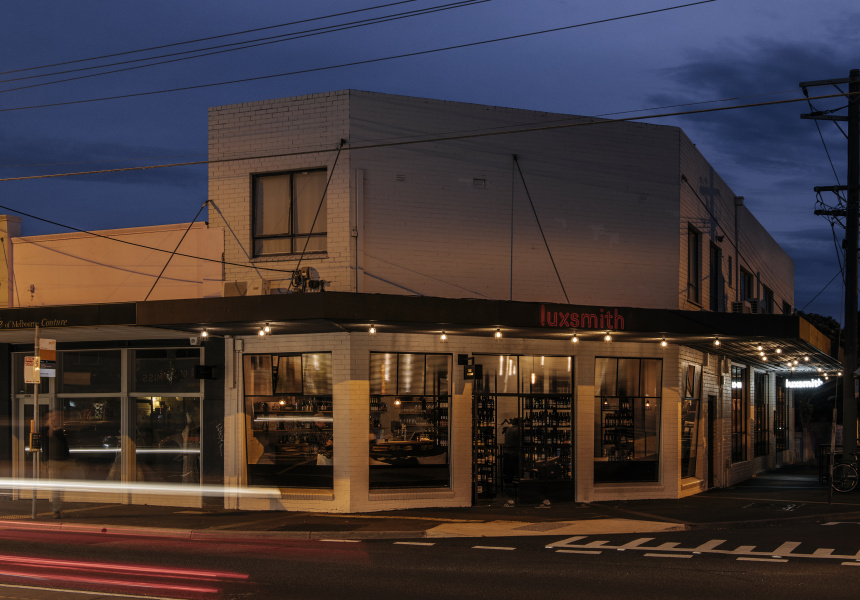 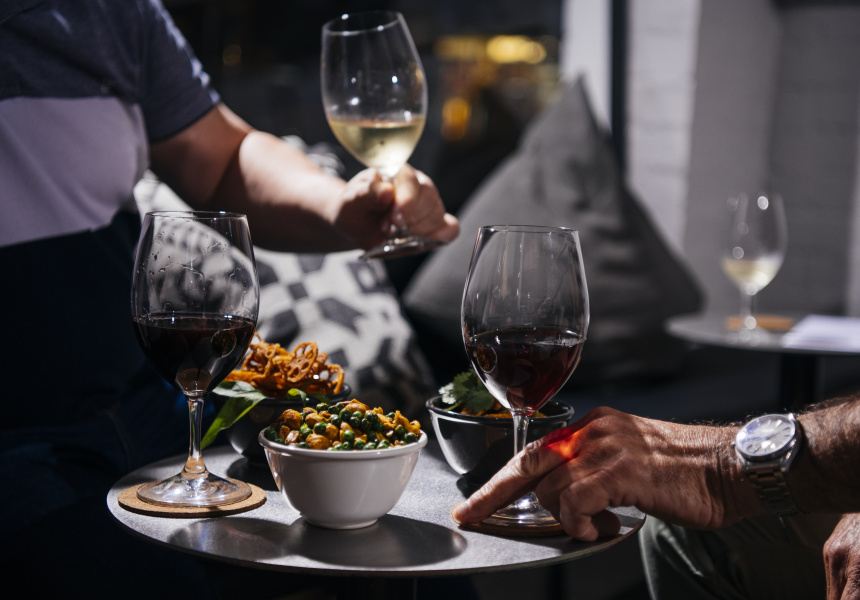 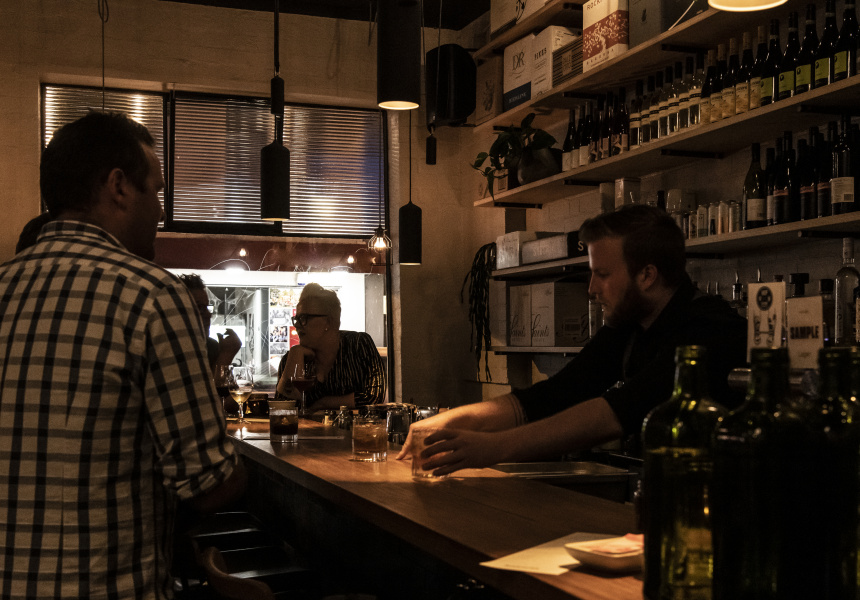 Seddon still feels relatively hushed compared to its now teeming neighbour Footscray, where new eateries and bars seem to emerge every few weeks. But when Southeast Asian eatery Luxsmith opened in Seddon in 2016, it was welcomed with open arms. Now, owners Denis Lucey (also of Bottega and Rutherglen’s Thousand Pound Wine Bar) and Andy Smith have added a tiny wine shop and bar next door.

The former vintage clothing shop, on the corner of Gamon and Charles streets, has big open windows and a capacity of just 30 – small enough for the pair to chat with patrons (during our interview, Lucey waves regularly to people in cars stopped in the intersection out front). You can feel connected to a neighbourhood in a place like this.

The interior combines gentle wooden surfaces and stark black industrial metal shelving – loaded with bottles of wine – which cordons off areas of the room. The result is cosy bookshop-like nooks, where you could easily settle in with a book.

The design mirrors some of that next door, and was intentionally kept close. Both are the handiwork of designer Ingrid Langtry of Right Angle Studio.

Of course, interiors here bow down to wine, which is the beating heart of Luxsmith. Lucey has been in the restaurant game since the ’80s, and his wife Eliza Brown works for Rutherglen’s All Saints winery. Luxsmith’s selection – to drink in or take away – was crafted by sommelier and wine educator Ben Knight (Bottega wine director, Victorian educator for The Wine Society, and creative consultant to the Melbourne Food and Wine Festival’s wine program).

The brief was ambitious: “We want to be the best small wine shop,” Lucey says. Knight’s response is a broad selection of local and Eurocentric international styles, from comfortable, familiar drops, to those that will take you on more of a journey.

He highlights iconic Italian producers such as Vietti, a 143-year-old family-run winery; Elio Altare, also from Piedmonte; and European grower-producers including France’s Laherte Frères, which he reckons is at the forefront of sparkling wine production at the moment.

You’ll also find well-priced pinots and chardonnays from Burgundy, and a healthy by-the-glass list, which at the moment focuses on crisp and light styles – rosés, light bright whites such as a crunchy Mac Forbes spring riesling, and an aromatic and “sensual” Yarraloch pinot. “Sensual is a word that I hate,” Knight says. “But so many pinots are boring and flat. This has a bit more depth and emotion.”

Tom Benn mans the bar and, having spent time at Siglo and cocktail bars in the UK, has built a list of light and fruit-driven cocktails. A prosecco spritz is jazzed up with elderflower liqueur and citrus. Two beer taps will always pour local froths, such as a Hop Nation Brewing Co pale ale and froths from Collingwood’s Sample Brewery.