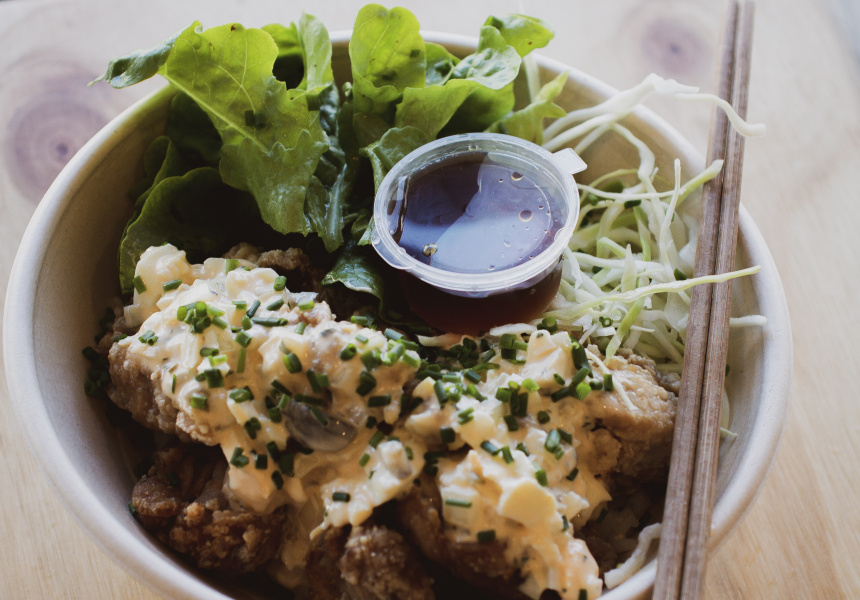 Japan’s konbini convenience stores are the stuff of legend, offering a kaleidoscopic array of alcohol, cosmetics and quite decent food 24 hours a day. The country is home to 30 per cent of the world’s 71,000 7-Eleven stores – nearly three times as many as the United States, where the chain was founded.

Japanese-Australian brothers Reiji and Kent Honour were ready to give this market a crack, and got as far as scouting locations in Tokyo. Then the pandemic hit.

“The leasing opportunity came up and it just seemed wrong to leave it empty,” Reiji says.

The kitchen next door also gets a consignment of shokupan, which it uses to prepare readymade katsu sandos (breaded pork cutlet sandwiches) with the classic cabbage and barbeque sauce. Also prepared fresh daily: bento boxes, onigirazu (a type of rice ball shaped like a sandwich or burrito), dons and salad bowls, all ready to go and “closely modelled” on what you’d find at a Japanese 7-Eleven or Lawson, another popular chain.

The brothers are also importing a wide range of pre-packaged drinks, seasonings, condiments and other groceries, including coffee beans from renowned specialty roasters such as Lilo, Onibus and Kurasu. Beautiful kitchen knives and stones come directly from Kappabashi, Tokyo’s “Kitchen Town” filled with restaurant supply stores.