By the Heartbreaker and Everleigh team, it’s a “cinematic experience” – with a jukebox, disco balls and red vinyl everywhere. Ascend the stairs for supersized pastas and grandma pies, “tirami-sundaes” and cocktail pitchers. 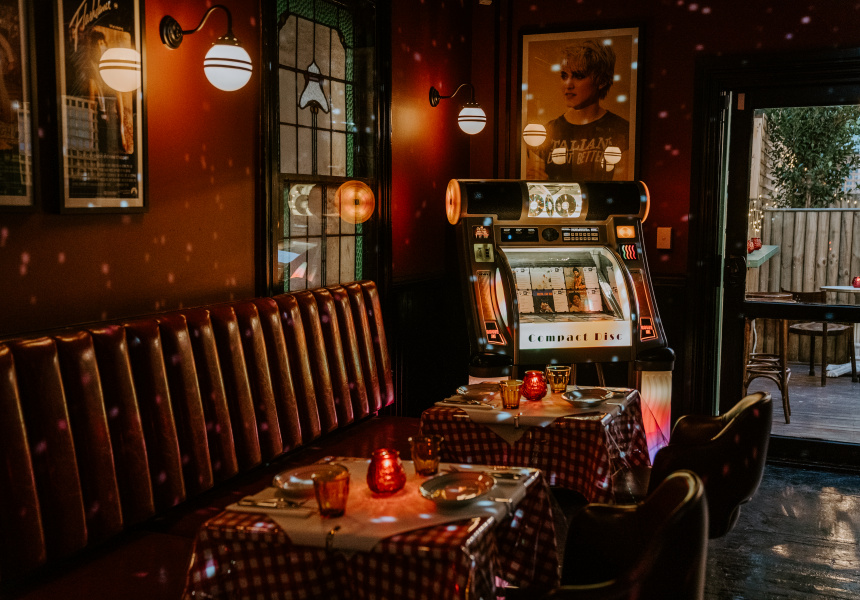 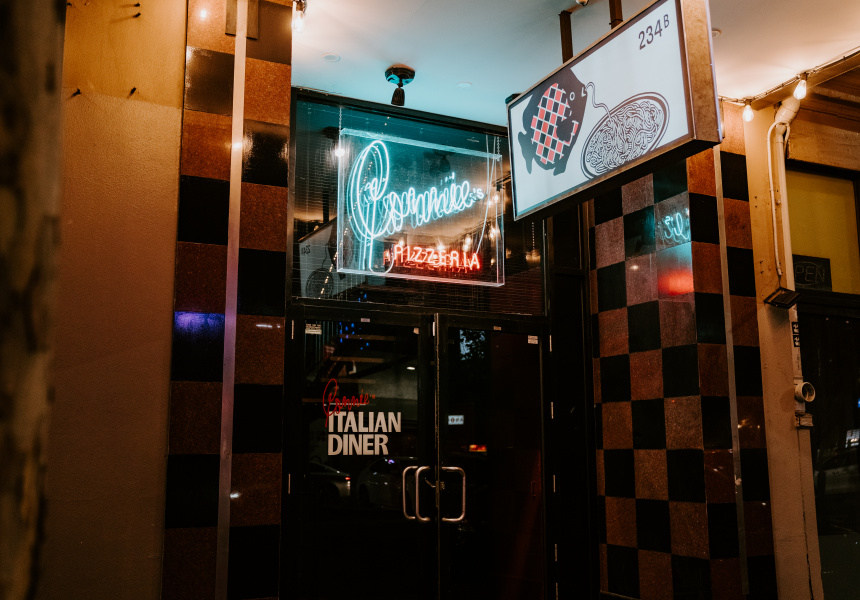 At new CBD trattoria Connie’s, Zara and Michael Madrusan – the couple behind the Everleigh, Bar Margaux and Heartbreaker – are digging deeper into Michael’s ’80s upbringing than he dug into his beloved nonnina Connie’s freezer in search of gelato as a seven-year-old.

“I have incredible memories,” Michael says of the Italian diner’s namesake. “I can still remember how heavy the lid felt when I was lifting it up to get gelato. I’d be picked up after school and go to my grandmother’s restaurant, Trieste, and I would know exactly where she kept her gelato. I would go straight behind the bar to the freezer, and if they hadn’t stocked it up, I’d have to find somebody to help me get down there.”

The catchphrase – “It’s a famiglia affair” – couldn’t be truer.

Ascending the stairs to Connie’s – an extension of the Madrusans’ original hole-in-the-wall pizzeria, which remains inside their rollicking bar Heartbreaker at street level – there’s a lot to take in, in the best way.

You might not know that the Russell Street space was previously a Korean restaurant, or that Michael grew up in his family’s Italian restaurants, or that Zara holds a master degree in theatre and performance studies. But it’s all those influences that make Connie’s what it is. The predecessor’s fish tank and lazy Susans have been retained; there’s red vinyl everywhere and tables are draped in red-and-white chequered tablecloths; and old-school, black-and-white Italian sitcoms are beamed onto the wall.

“For me,” Zara says, “all of it is absolutely theatre. I think about how a person is going to walk into the space and experience it. And what they are going to look at and what message they will take from a certain light or a picture on the wall. Then, how that will be complemented by service style, or how you are being spoken to, and the menu. All those touchpoints are the details we work on closely together to make sure that it all paints the same picture of this cinematic experience.”

When the space above Heartbreaker became available, the initial idea was for a low-key pizzeria. “Originally, we thought we would take the grandma pies up there,” says Zara. “But then we found an amazing chef and had more time than we thought with this space, and evolved the concept.” The couple met Matteo D’Elia in London, where he had worked at Michelin-starred restaurants including Galvin at Windows and Bibendum. Hailing from Rome, D’Elia has created a refined Italian offering that sits alongside the deep-dish pizza. Delicate arancini are truffle-flavoured and rolled in charcoal, and the veal tonnato is at once fresh and decadent. The veal Milanese is a bone-in Flinders rib for two, and pastas come in full and half serves: there’s tagliolini cacio e pepe, spaghettini alle vongole and “Bad Nonna’s lasagne”.

Sides include the popular Italo-American baked ziti, a style of pasta al forno, and the jewel in the dessert crown is the “tirami-sundae”, a soft-serve hybrid we didn’t know we needed. Or you can go full family-style with a four-person feast of garlic Parker House rolls, the pasta of the day, rocket salad and a pitcher of Americano for $135.

The diner is lit up by colourful Tiffany leadlight pendants, a cluster of disco balls (even in the bathrooms) and a vintage jukebox loaded with Motown hits. It spills onto the rooftop terrace, which looks over Lonsdale Street and features a huge mural dedicated to the Italian amaro Cynar.

Bar Margaux sommelier Tom Smith is overseeing the wine selection, with an obvious emphasis on drops from Italy. Michael is pouring vintage barolo from his private collection, which you’ll be able to get by the glass. For speed of service, cocktails come from the Madrusan’s own Everleigh Bottling Co; much of their sparkling range is on tap; and Martinis come straight out of the freezer, poured from half-litre bottles.