The signature dish here is a triple-cooked pork, but there’s also osso bucco cooked in tamarind; tuna ceviche with coconut and caviar; and deep-fried custard flan for dessert. Plus three kinds of rice, including one made with crab fat. 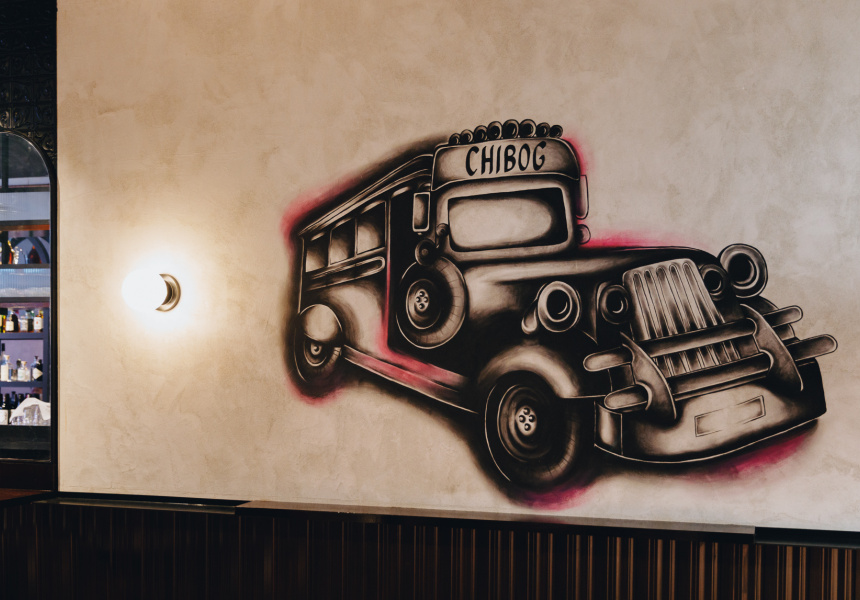 Moving to Australia has made me more of a cook than I ever was back home in the Philippines. It’s mostly born out of necessity – a girl’s gotta eat. But it’s also because I miss the food I grew up with, even though it never tastes quite the same.

It was a similar longing for the flavours of her home that led Janine Barican to open a Filipino restaurant in February. Named for a slang term meaning “to eat”, Chibog is all about recreating Filipino comfort food with modern, cheff-y techniques.

“These are dishes you typically eat out, maybe while drinking,” Barican says. “I think people have picked up that it isn’t your typical Filipino restaurant.”

You can easily find Filipino food in Melbourne at pop-ups, night markets, food trucks, city canteens, and in a handful of restaurants. But Barican and co-owner and head chef Alex Yin are hoping to introduce the cuisine to a wider audience.

“People ask me why we don’t have adobo [a dish of meat, seafood or vegetables marinated in soy, vinegar, garlic and pepper],” Barican says. But it’s a dish everyone eats at home. And I know the minute we bring it out they’ll think, ‘My mum’s is better’.”

Instead of adobo, Chibog’s signature is sisig, which is typically made with a mix of braised and charred pig’s ears, pork belly and chicken liver. Instead of ears, head chef Yin uses a “secret cut” which he says has a similar ratio of skin, fat and meat. The pork is cooked three times: boiled in a pork broth, deep-fried, and sautéed. It arrives sizzling on the plate, with a sauce made from liver pate.

Kinilaw is a raw dish similar to ceviche. It uses yellowfin tuna, a dressing made from coconut cream and vinegar, and caviar. Kansi is a sour soup of osso bucco that’s been slow cooked in a tamarind broth with jackfruit and chillies. There’s also lumpia (vegetable spring rolls), kare-kare (ox tail stewed in thick peanut sauce) and crispy pata (pork knuckle).

And as with all Filipino meals, there’s rice. “Don’t even get me started, we go through 20 kilos a week – it’s crazy,” Barican says. “We had to get three rice cookers just to keep up, because we serve three kinds.” There’s plain white rice, a fragrant garlic fried-rice (sinangag), and an orange-tinged number cooked in rich aligue, or crab fat.

The neon-lit space is sleek and inviting, with leather banquettes, bar seating and tables for larger groups. It’s a mix of concrete, steel and dark timber textures by designer Elvin Tan. Towards the back there’s a mural of an iconic Filipino jeepney, a type of bus.

To drink, there are Filipino brews San Miguel and Red Horse, wine and cocktails. The Pinoy Old-Fashioned is spiced with star anise, peppercorns, cloves and cinnamon; the Calamansi Smash is similar to a Mojito but with Philippine lime; and the Ube Macapuno Colada combines sweet purple yam with stringy coconut sport. There’s also a Lychee Sour.

For dessert, a classic leche flan (crème caramel) comes in spring roll form; and bright purple waffles are made with ube, a sweet purple yam, served with ube ice-cream.

I take a bite of the ube ice-cream and get a bit teary-eyed – it reminds me of dinners with my extended family almost every weekend growing up. I had tried making my own ube jam just a few weeks ago, but it wasn’t as good as the real deal. This tastes like home.

“We want [Filipinos] to come in and have a sense of nostalgia, almost. You know, come in and feel that this is familiar,” Yin says. “But also really different.” 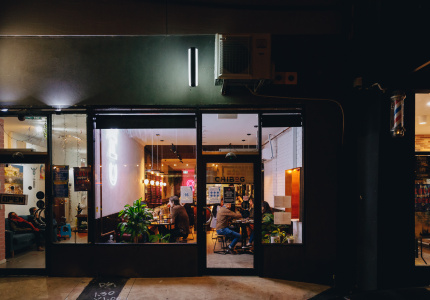