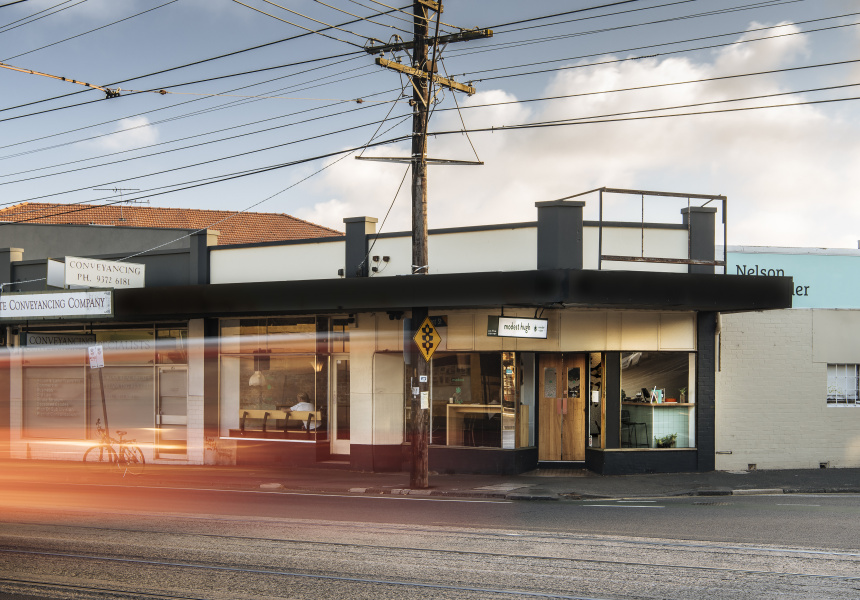 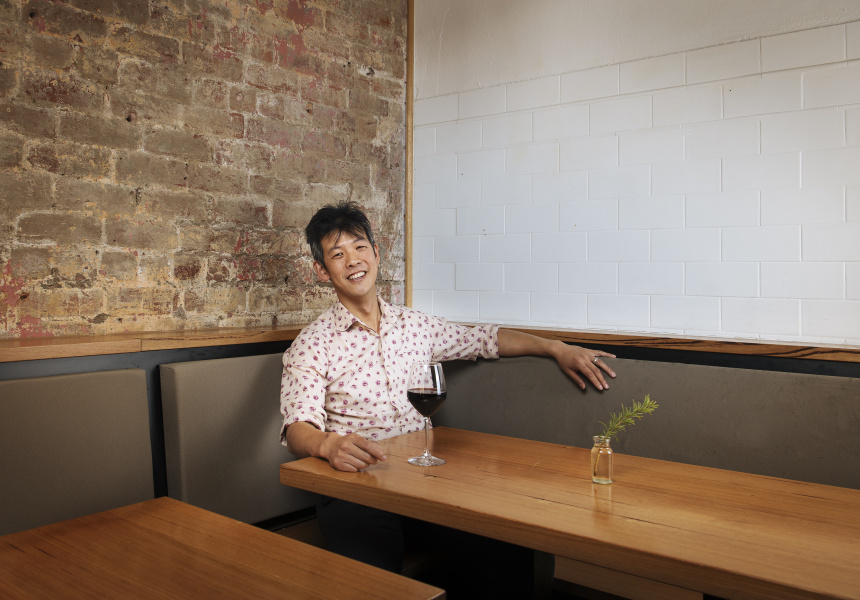 During daylight hours, cars and pedestrians bustle past the unassuming wooden doors of Modest Hugh on Mount Alexander Road. But at night, lights allow a peek inside Flemington’s new corner wine bar. Walk in and you’re greeted by a stripped back modern room with exposed brick, a small bar and simple wooden tables.

Only the painted skulls on the outside eaves give an indication of Modest Hugh owner Warren Wu’s previous business – the taco spot Sugar Skulls. Gone is the neon cactus in the window and in its place sits a small painted fig leaf.

Wu says after almost two years it was apparent Sugar Skulls wasn’t the right fit for the location. Low foot traffic meant they either had to extend the kitchen to service the stream of food delivery, or rethink the entire operation.

A rebrand was an easy decision given Wu’s enthusiasm for Australia’s small run wine producers – he does afterall have some serious wine credentials. Wu began taking the world of wine seriously while working at celebrated Richmond restaurant Pearl. His interest took him to the two Michelin-starred Pied a Terre in London where he worked as an assistant sommelier and then to Rockpool Bar and Grill, where he also worked as a somm’.

But Wu’s conscious the colourful labels and unusual bottles with wax tops that typify the producers he wants to champion can be a bit daunting to newcomers. It’s something he wants to change.

“There’s just a heap of exciting things going on and for a lot of people I think they feel like they are left out of all that,” Wu says. “I want to share the excitement.”

Wu loves talking about the care that goes into the whole cycle of producing a bottle of wine, from the soil the grapes are grown in to the design of the label. He’s all about finding producers who “are a little bit obsessed with something”, citing Stuart Proud from Proud Primary Produce, whose minimal intervention wines and illustrated labels, typify the attention to detail Wu wants to share with drinkers.

Everything on the 30-plus list of bottles is available by the glass and there are also classic cocktails, and local spirits from Four Pillars and Starward. The beer list features brewers such as Garage Project, Old Wives Ales and Capital Brewing. To snack on there’s a rotating house special toastie – on our visit, roast lamb with labneh and roast garlic, with cheese from Harper & Blohm and charcuterie from the City Larder. For something larger Wu is serving a rustic-style “staff meal” (think roast meats and salads).

The bar’s name is a reference to Australia’s former richest man and Flemington local Hugh Glass, a squatter, merchant and property speculator who made his fortune in the mid 19th century and used his postion to influence politicians of the time. Wu says the name is a bit of a tongue-in-cheek reference to Glass, who built Travancore Mansion, a property that featured an artificial lake filled with swans, ducks and cranes – a far cry from the simple exposed brick of Modest Hugh.