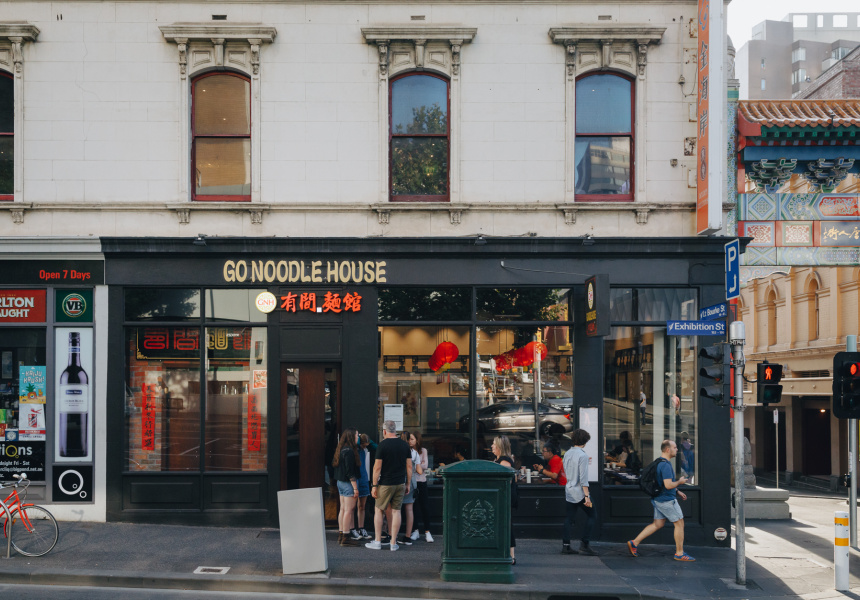 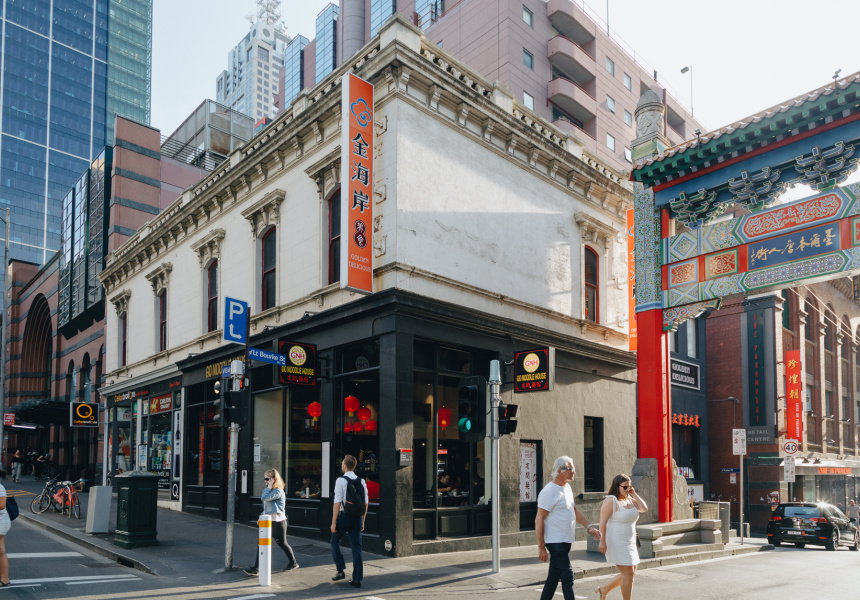 On the corner of Exhibition and Little Bourke streets – on the cusp of Melbourne’s Chinatown – you’ll find an outpost of beloved Malaysian restaurant chain Go Noodle House.

Owner Lawrence Lee jokes that Melbourne City Council should be thanking him. "I extended Chinatown for [them],” he says, laughing. “I’m just kidding, actually, hopefully my rates don’t go up.” Lee’s jovial character and a room full of the scent of spicy, salty and sour fish soup is what makes this such a welcoming space.

Lee fronts the first Australian branch of Go Noodle House, which was founded by friends Lee Hon Wai, Alvin Tan Kok Meng, and Mok Wai Peun in 2014. Since then the chain has grown to more than 30 eateries across Southeast Asia.

“When you think about Malaysian food, what do you think of?” Lee asks. “Most people just think about laksa, satays and rotis,” he says. “But we have so much food.”

The star of the menu is Go Noodle’s fish noodle soup. The broth is made using fish and shellfish boiled for 24 hours. There’s a five-step ordering process. First, choose your dish (try the sliced beef, grouper fish or pork belly), then your soup base – superior (mild) or hot and sour. After that, select from rice vermicelli-style mi xian noodles or homemade udon. Then there’s the option to load up on more proteins or vegetables. Finally, add either three, five or 10-year-aged rice wine.

According to the Go Noodle House team, it was 17th-century Chinese emperor Kangxi who first added rice wine to his dish on a visit to the southern province of Malaysia, and the recipe was then passed down through generations.

“[The] rice wine changes the dynamic of the soup completely,” says Lee. Whether the story holds up or not, he’s right – just one splash and the broth is sharper and more fragrant than before.

A dish of pan mee noodles arrives in parts. There's a huge bowl of flat flour noodles, and four smaller bowls on the side: one with fried shallots, one with fried anchovies, one with ground pork, and another of salty, fishy broth with springy fish-paste dumplings. “You take that paste and you start slamming it [on a bench], Lee says. “Over time it starts to develop a bounce.”

A five-kilogram beef and pork noodle soup is free if you can finish it within 30 minutes. You’ll also receive a complimentary “I LOVE NOODS” cap, “and bragging rights as well,” Lee says.

Emperor Kangxi, his son and grandson are honoured in the restaurant fit-out with three hand-painted portraits on one wall. Hand-carved wooden furnishings and lanterns adorn the space alongside a grand but faux doorway next to the actual entry. The separate entrance is symbolic nod to the emperor; should he show up in 2018 he can enter without mixing with the masses.

There are six other Australian outposts in the works, five for Melbourne and one due to open in Sydney by mid 2019.

This article was updated on December 23, 2018 to reflect a menu correction. It first appeared on Broadsheet on December 18, 2018. Menu items may have changed since publication. 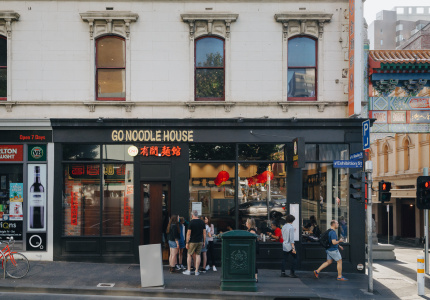