There’s beer, and then there’s India Pale Ale served straight from the tank. Here, you’ll get the latter. 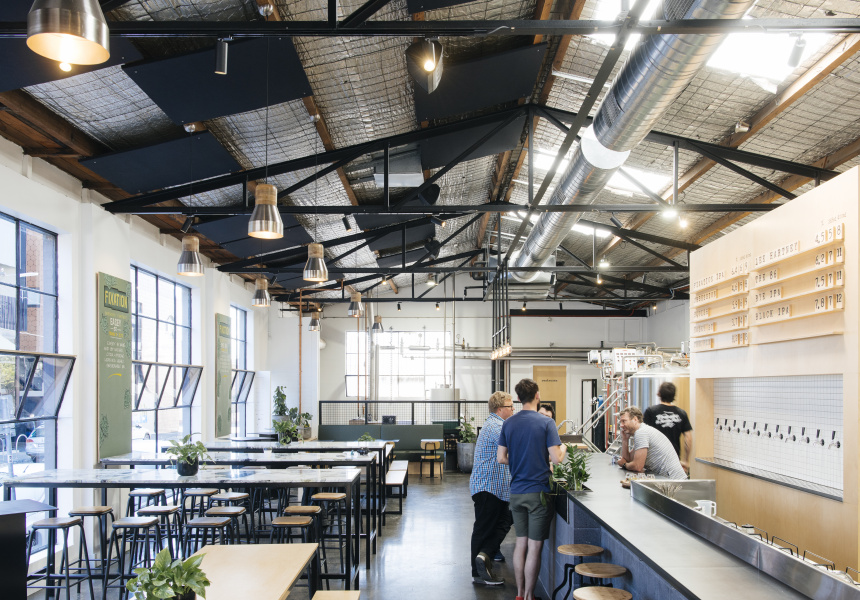 Roughly three years after selling its first keg out of Stone & Wood brewery in Byron Bay, Fixation Brewing Company finally has a place of its own.

“At first we just wanted to get going and sell a few kegs, but we knew that if we made a good go of it we’d one day build a home,” says managing partner Tom Delmont. “And this is it.”

Known as The Incubator, the renovated warehouse on Smith Street is a laid-back microbrewery and tasting room, with a straightforward industrial fit-out by Collingwood studio Tecture.

It’s a venue for people who love beer. But it’s also a bright and airy space that’s likely to appeal to people who have previously steered clear.

There’s plenty of seating in the form of marble-topped high tables, wooden benches and olive banquettes soaked in sunlight pouring in from generous warehouse windows. Hand-painted murals of hops and chemical formulas by local signwriter Larry Stammers express the venue’s celebration of the craft.

Just behind the bar an exposed row of large, silver fermentation tanks serve as a constant reminder of the beer’s freshness. The venue serves eight IPAs, all brewed on-site and tasting much sharper than their imported counterparts, as they’re prevented from oxidising during transportation.

The company’s eponymous IPA has won the Australian International Beer Awards’ Consistency of Excellence award for three consecutive years. Start there. Then onto a citrusy number called Squish, a tropical IPA that smacks of passionfruit, mango and lime; or an IPA made predominantly from wheat and rolled oats called The 86.

“It’s hazy, just like the tram ride after a night out on the town,” says Delmont.

For the less hop-inclined, there’s a small wine list and one apple cider. There’s no kitchen – hungry guests are invited to bring their own food, or order pizza from Red Sparrow two doors down. It’s an approach that sums up the venue’s relaxed, inclusive approach.

“We're not trying to be the latest, hottest bar on Smith Street,” says front of house manager Anthony Cook. “This is just a place where people can learn about us, learn about our beers, have a few samples – and a couple more if they feel like it.” 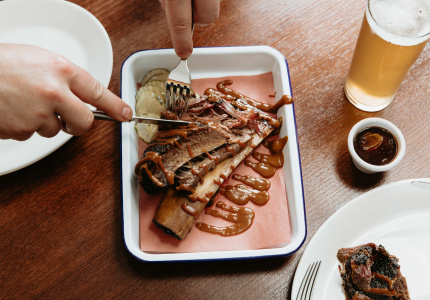 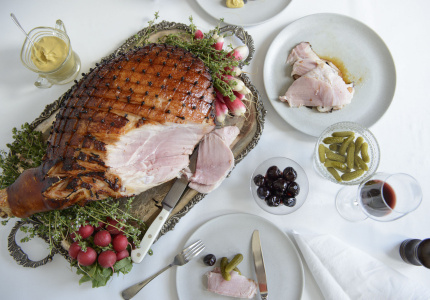 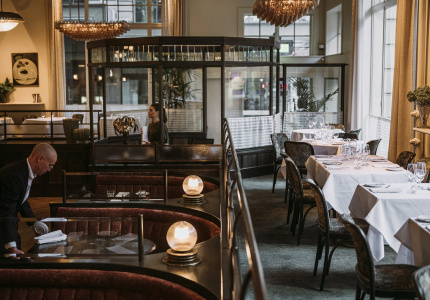