Now Open in Fitzroy: A Vegan-Friendly Sanga Shop With $9 Toasties and Rock’n’Roll Vibes

Hot-pink signage marks the spot at Token Toasties, where the walls are plastered with rock’n’roll merch and the sandwich names are riffs on songs (like the Reuben Tuesday). 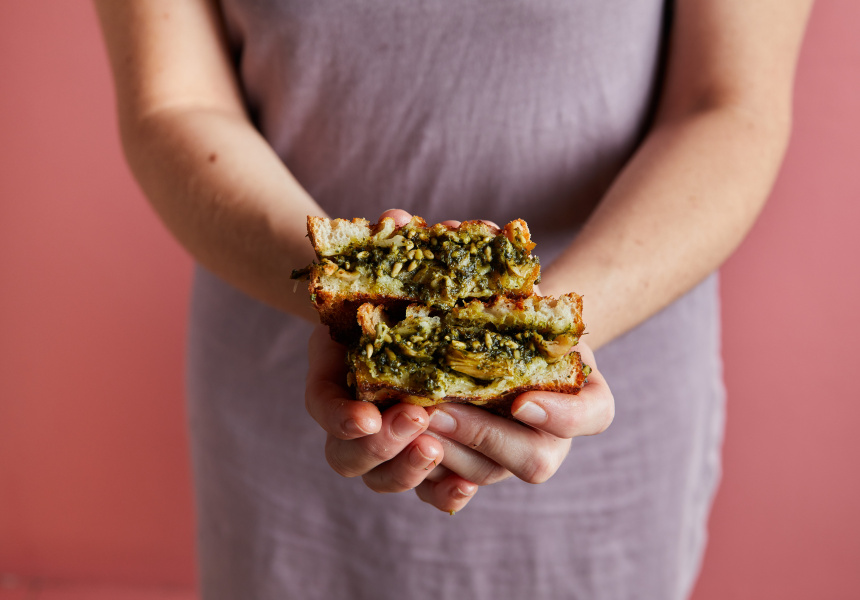 The Fitzroy sandwich joint was born in 2021’s lockdown, when it built a loyal takeaway following. But now you can dine in – and it feels a bit like being swallowed by a jukebox. Iconic songs blare under the watchful gaze of rock stars like Mick Jagger and Kurt Cobain as their faces from Rolling Stone and other magazine covers stretch wall to wall.

Owner Tanya Wilson has injected her love for music into the menu too, with all items referencing pop culture or song titles. Classics include the Reuben Tuesday, loaded with pastrami, sauerkraut, tangy pickles and a generous serving of Swiss cheese; and The Bird Is The Word, a chicken-and-avo number with jalapenos and peri peri sauce. Meanwhile, The Kiss includes cheddar, tomato and ketchup – and is just $9.

There’s also a strong plant-based approach at Token Toasties. The Bird Is Not The Word swaps out roast chicken for a convincing meat-free alternative, while the Jumpin Jack Flash is a combo of barbequed jackfruit, baby pickles and sriracha.

As for sides, expect fail-safe options like loaded fries, potato gems and crisp onion rings. There’s also a sweets cabinet with vegan-friendly brownies, PB&J cookies and Cara’s cookie – a choc-chip number named after a regular customer. “She would travel two-and-a-half hours to come get this cookie,” says Wilson. “They sell really quickly on the weekends, so now people will call to see if they’re sold out.”

Behind the La Marzocco coffee machine (that’s pouring Five Senses roast) is a striking pop-art-style paste-up by local street artist Cel Out. It’s Roy Lichtenstein-esque and it has a speech bubble that reads: “Looks like the coffee has kicked in.”