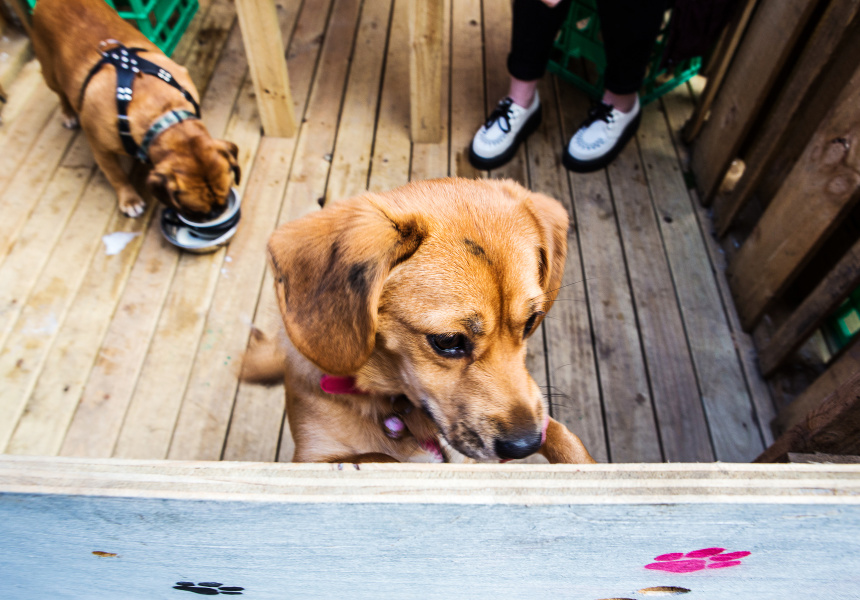 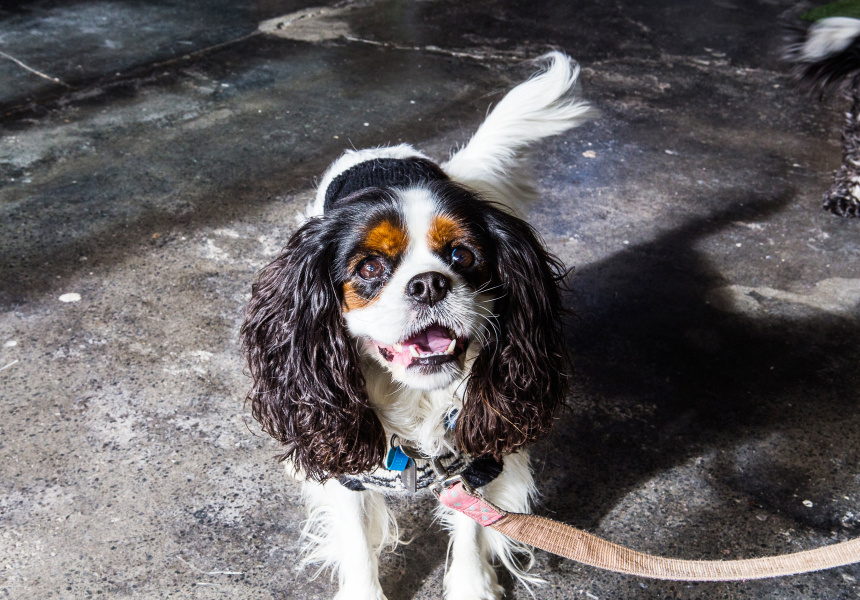 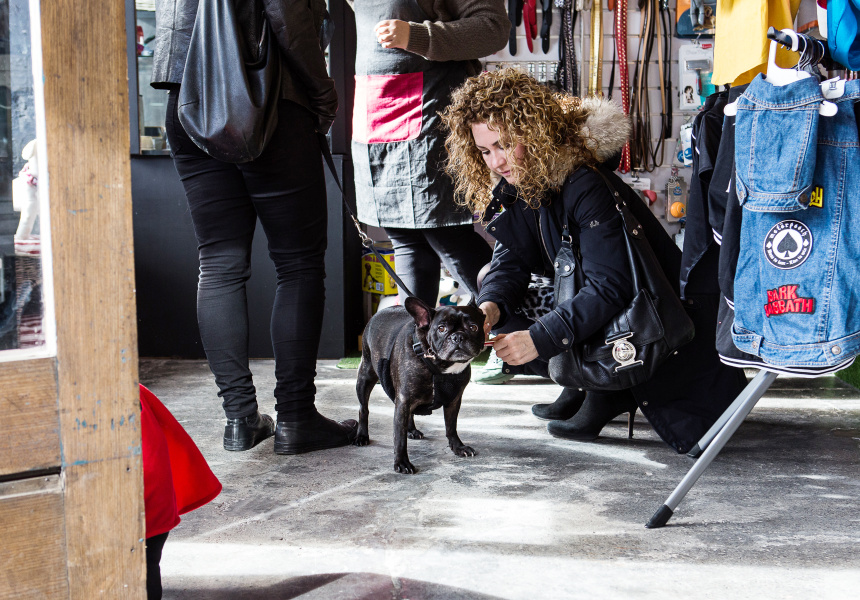 Nothing says, “Welcome to the neighbourhood” like a huge bag of dog shit on the front doorstep. Dog House co-owner Anuj Yadav almost stepped on the stinky gift basket when he unlocked the doors on the opening weekend.

But then, this is a dog cafe. Perhaps it was some kind of perverse welcome.

The response to Collingwood's new Dog House has been easier to decode. “Labradors, Rottweilers, French bulldogs, greyhounds, German shepherds. You name it, we've had it,” Yadav says.

On the opening weekend, he ran out of savoury “pupcakes” and had to order 300 more from the cafe’s off-site kitchen. Friends were called in as extra staff. One couple celebrated their dog Bruce’s birthday. Another guy inquired about marrying his two pooches on-site under the purpose-built arch covered in white flowers. The steel barrels in the back courtyard were marked with wee over and over and over.

It’s not that surprising. Since we first reported on Dog House it has been covered by 7 News, 9 News, the Herald Sun and plenty others. Like us, they couldn’t resist the novelty factor of a space designed almost entirely for canine enjoyment.

But as it turns out, Dog House is plain useful to a certain type of owner. It stocks fresh organic meat, shampoo, customised collars, toys, muffins, cupcakes and outfits ranging from Supergirl to miniature Wallabies jerseys. “One woman bought a hoodie for her dachshund,” Yadav says. “She was like, ‘He’s got street cred now.’”

But puppycinos have been the biggest seller. The foamy, outsized mugs of lactose-free milk, eggs and powdered carob are served nested in a bowl to catch the inevitable slops.

Touring the backyard on a Sunday afternoon, it was hard to say who was more content: the milk-moustachioed dogs safely enclosed in one of 10 wooden pens; or their owners, with their own coffee and a sandwich.